Halloween will be here very soon–that time of the year when we celebrate all things creepy and scary. But have you ever stopped to ask yourself why we humans enjoy being scared out of our wits? As a psychologist, I had my theories about this, but since it’s not my specific area of expertise, I did some research as well.

But there are a couple other things we need to know about it before we can answer the question: why is being scared out of our wits fun?

1.  The arousal side is triggered not just by things that are threatening, that scare and/or anger us, but also by things that are exciting in a positive sense. Our hearts race and we get a little shot of adrenaline when we think about that big party we’re going to this weekend, and on the day of the party, even more so. 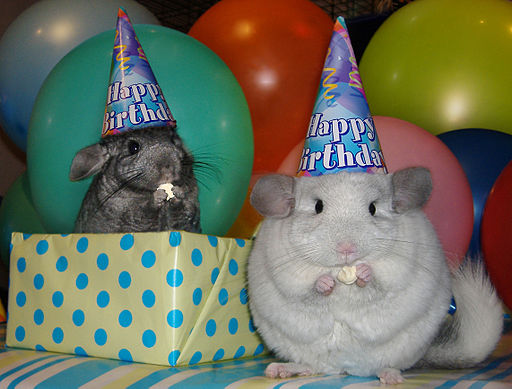 2.  We humans need varying degrees of arousal throughout the day. We need calm times when we can rest and recuperate, but without some degree of arousal at other times, life would be totally boring and we would eventually slip into depression.

Research says that we naturally seek our own optimal level of arousal (which varies from individual to individual). When our arousal level is too low, we feel bored and seek more stimulation. When it is too high, we feel a bit overwhelmed and seek less stimulation.

Now with that basic info, let us look at why being scared is fun:

No harm, no foul:  When we are scared by something we know is not real (like a horror movie) we experience the adrenaline rush from the fear as enjoyable. But the key is that we have to know there is no risk of harm.

For example, hubs and I watched an episode of Criminal Minds the other night in which a killer is stalking college women. He breaks into a house while one of his victims is babysitting and kills her. This was ‘fun’ stimulation for us sixty-somethings who know that the risk of some crazed killer breaking into our house is minimal. But a young woman who is babysitting, alone in a house at night (cue spooky music), she might not want to be watching this show!

Clinical psychologist, David Rudd, told the online science magazine, livescience, that people “…may well scream but quickly follow it with a laugh since they readily recognize there’s no chance for real harm.”

Novelty:  We humans are wired to attend to novel things. Paying attention to something that is different in one’s environment was a survival necessity in more primitive times because that change in the surroundings (like the jungle suddenly going quiet) might mean there is a threat nearby.

Environmental psychologist, Frank McAndrew, explained it this way in the livescience article: “We’re motivated to seek out this kind of [novel] stimulation to explore new possibilities, to find new sources of food, better places to live and good allies. People enjoy deviations from the norm—a change of pace, within limits.”

Another well known psychology website, PsychCentral, agrees with these two reasons but adds a couple more:

Lingering arousal:  The high level of arousal from the fear leaves a lingering state of arousal that heightens other emotions. So if you are having a fun evening out with friends or home with your mate, the arousal from the horror movie, haunted house, etc. will increase your feelings of enjoyment of other aspects of the evening as well (Okay, I know where some of your minds went re: the home with your mate scenario. LOL).

Sensitivity to arousal:  Each individual’s nervous system is wired in its own unique way. Some people are more easily aroused than the average person, and others are not all that easily aroused. Those who are less easily aroused are likely to seek more intense stimulation, in order to achieve their optimal level of arousal. 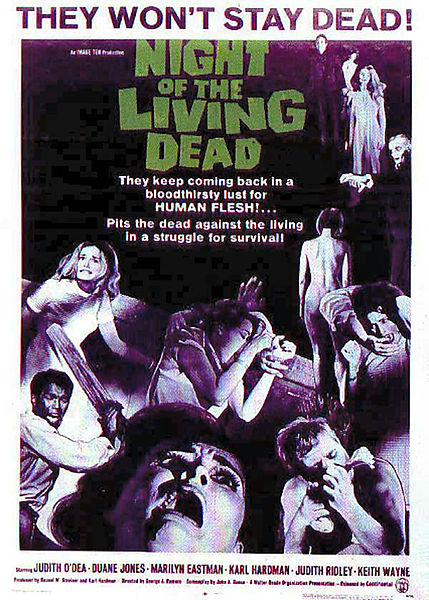 Our mp author, Catie Rhodes, loves horror!! On the other hand, if I were offered the choice between watching a horror movie or having a root canal, I would probably opt for the root canal. At least then I would be given Novocain to dull the pain!

In a WebMD article on the subject, Frank Farley, a psychologist at Temple University, combines this variation-in-arousal aspect with the novelty-seeking component. “Through movies, we’re able to see horror in front of our eyes, and some people are extremely fascinated by it. They’re interested in the unusual and the bizarre because they don’t understand it and it’s so different from our everyday lives.”

(I’m curious to hear how Catie feels about this theory, especially since she is particularly fascinated by ghosts! 😉 )

The challenge:  Dr. Farley has studied people who have what he has dubbed a “type T” (thrill-seeking) personality. They thrive on the kinds of experiences–bungee jumping, for instance–that most of us would consider terrifying. They’re not just in it for the adrenaline rush, however; they also crave the feelings of accomplishment that they have overcome these scary challenges.

Now to all these theories, I’ll add my own:

The rebound effect: The autonomic nervous system operates like a teeter-totter. What goes up must come down. To whatever degree we are aroused, we will experience an equal level of relief and sense of relaxation after that arousal fades.

We scream, and then we laugh… and then feel relaxed afterwards, oddly enough. Playwrights understood this as far back as Ancient Greece. Get the audience to experience intense emotions and they will be pleasantly drained at the end of the play. They dubbed it catharsis.

I hope you’ve found these explanations interesting and not so demystifying that they’ve taken the fun out of being scared – especially since I have a new release out, my own little mystery/ghost story.

Catie critiqued it and said it was “quite creepy.” Please check it out.

And then talk to us about why you enjoy having the @#*& scared out of you. What’s your favorite kind of Halloween spookiness? 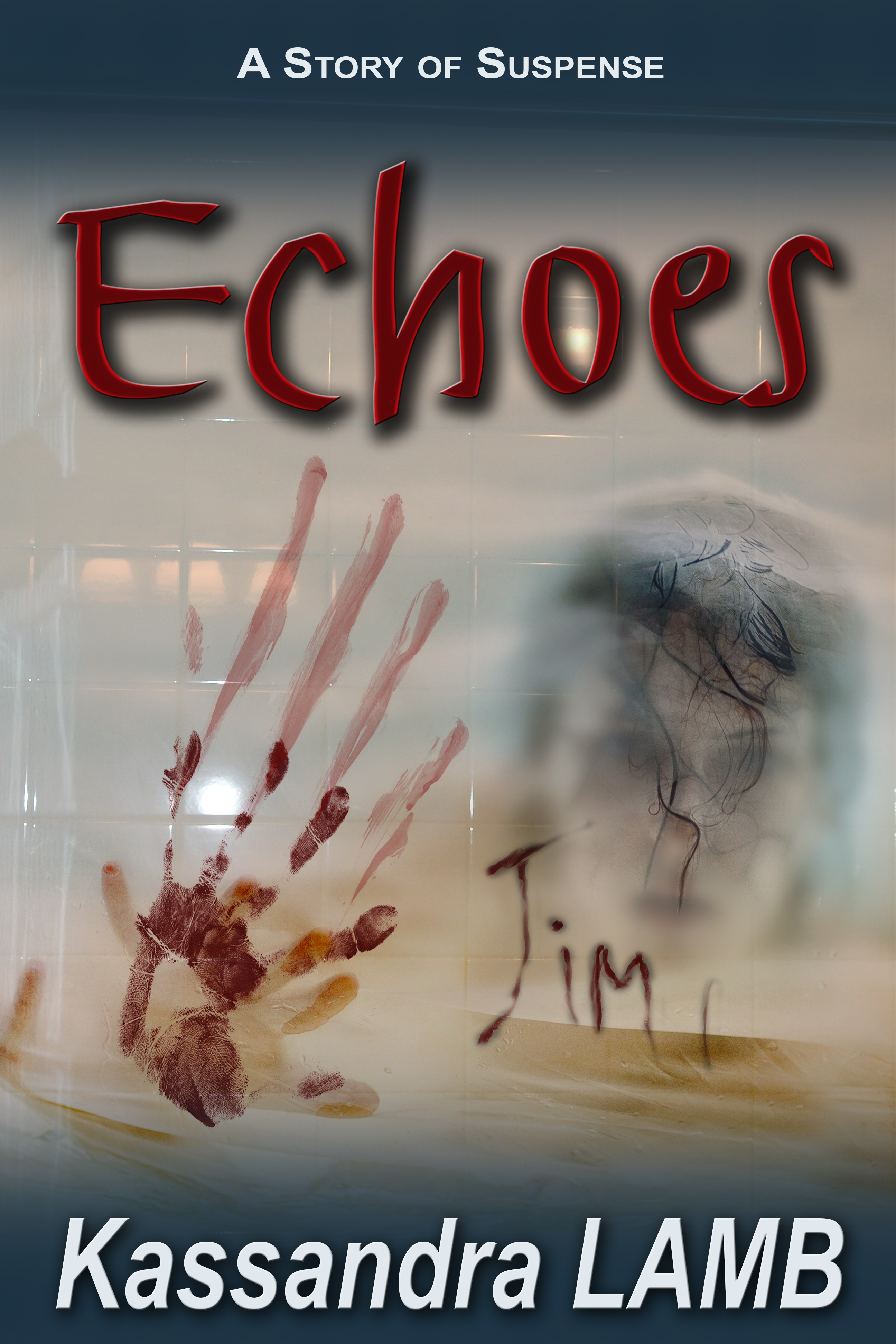 ECHOES, A Story of Suspense

James Fitzgerald is looking forward to a weekend getaway with friends at the country house that once belonged to his parents. Instead he walks in on a bloodbath. And a cryptic message on a shower curtain points to him as the killer.

The small town sheriff is smarter than he looks. He knows he doesn’t have enough evidence to make an arrest… yet.

Virtually under house arrest, James tries to distract himself from his grief and worry by investigating his parents’ backgrounds. Maybe he can find an explanation for the strange fainting spells he’s been having. He finds out more than he bargained for, however, and starts to wonder if sometimes it’s better to let sleeping ghosts lie.

P.S. We’re having a BIG HALLOWEEN PARTY over on Facebook this Friday (4-7 eastern time… or longer if the virtual cocktails hold out 🙂 ) You all are invited so come on over and join up so you get notification on Friday when the fun begins!