A Japanese former student of my husband’s sent us some, uh, rather different candy recently. And then just a few days later one of my friends returned from a trip to China. As she was describing some of the delicacies she was served over there, the seed of an idea was planted in my head. Why not do a Tour of Fives post on unusual foods from around the world.

1.  So we will start our world tour in China, where my friend actually got up the nerve to eat one of these. 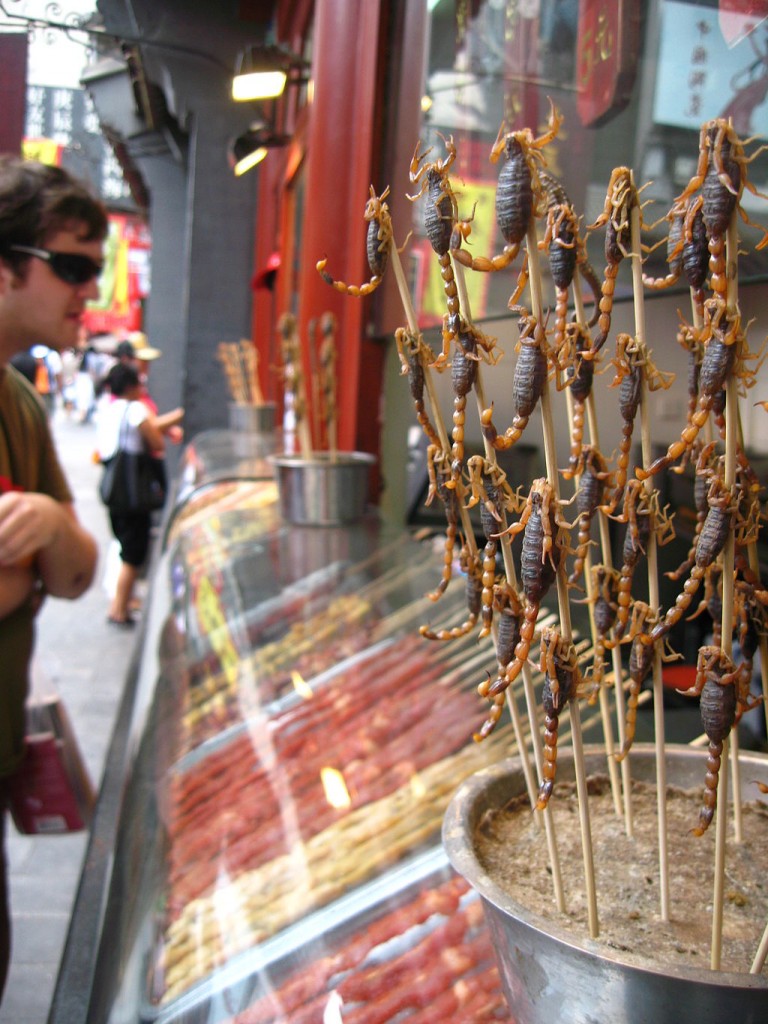 Yes, those are scorpions on those sticks and when you purchase one, the vendor plunges it into hot grease to deep fry it. I did not have the nerve to ask her what it tasted like.

2.  One of our authors, JoAnn Bassett, just returned from a trip to Scotland. She shared this treat with us. The Scottish national dish is haggis, usually served with neeps and tatties (mashed turnips and potatoes).

Haggis is made from all the parts of a butchered sheep that one would normally think of as, well, trash–the lungs, liver, heart, etc. All these little goodies are minced, then mixed with suet, oatmeal and seasonings. The whole kaboodle is stuffed into a sheep’s stomach, then boiled for several hours. (Okay, I was good with this, having grown up on Scrapple up north, until she got to the sheep’s stomach part.) 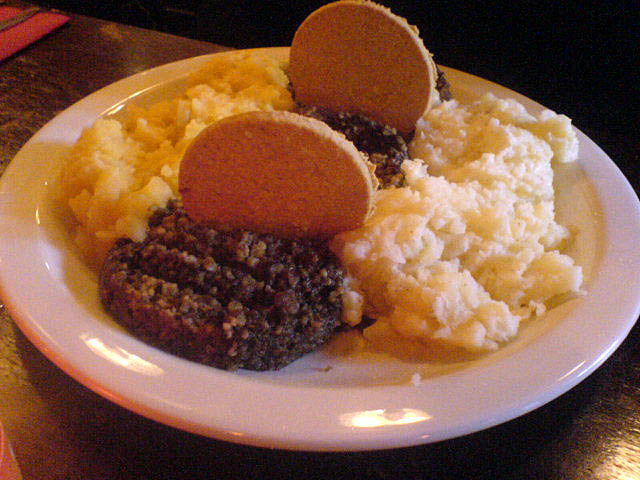 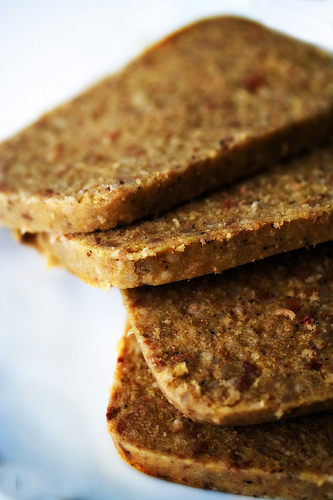 3.  The subject of sheep reminded our own Kirsten Weiss of a dish she encountered in Turkey–sheep’s heads. Turns out they are eaten all over the Middle East and also in Norway and Spain. Basically the whole sheep’s head is seared to get the hair off and then is either boiled, baked or grilled.

This is the least gross picture I could find–a baked version from Barcelona, Spain.

Kirsten said that in Turkey, the eyes are consider a particular delicacy. 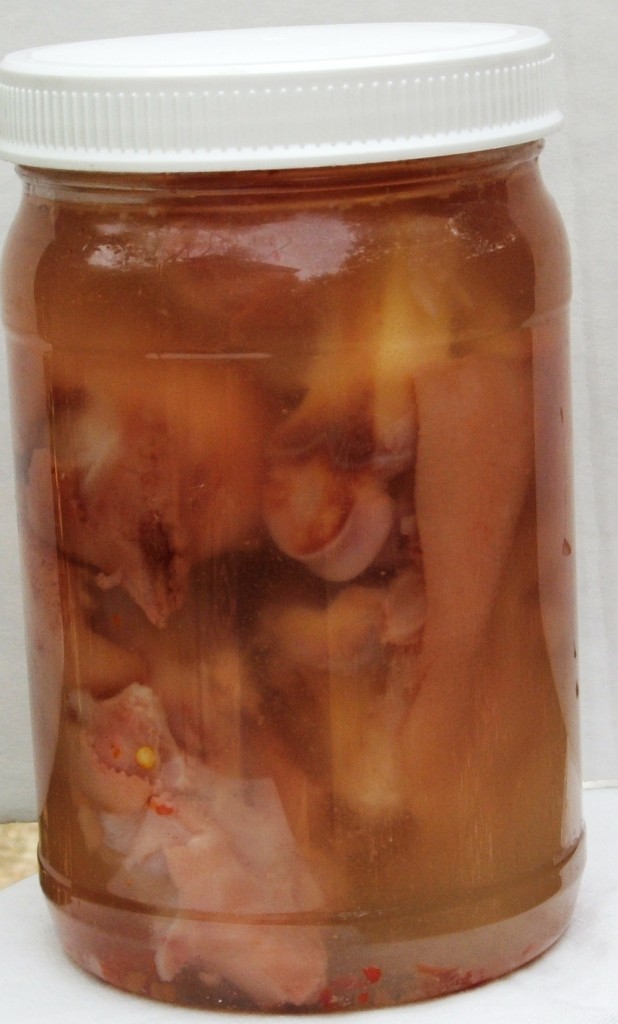 4.  Shannon Esposito suggested we should include something American, so from the Southeastern USA – pickled pigs’ feet.

Here’s a link for the recipe, but it’s rather simple.

The pigs’ feet are boiled for awhile, then as many of the bones are removed as possible.

The whole thing is drowned in a vinegar brine to pickle them.

Seal them in a jar, and voila!

5.  Not to be outdone, our resident Texan, Catie Rhodes, suggested Rocky Mountain oysters. This delicacy does not come from any body of water, however. 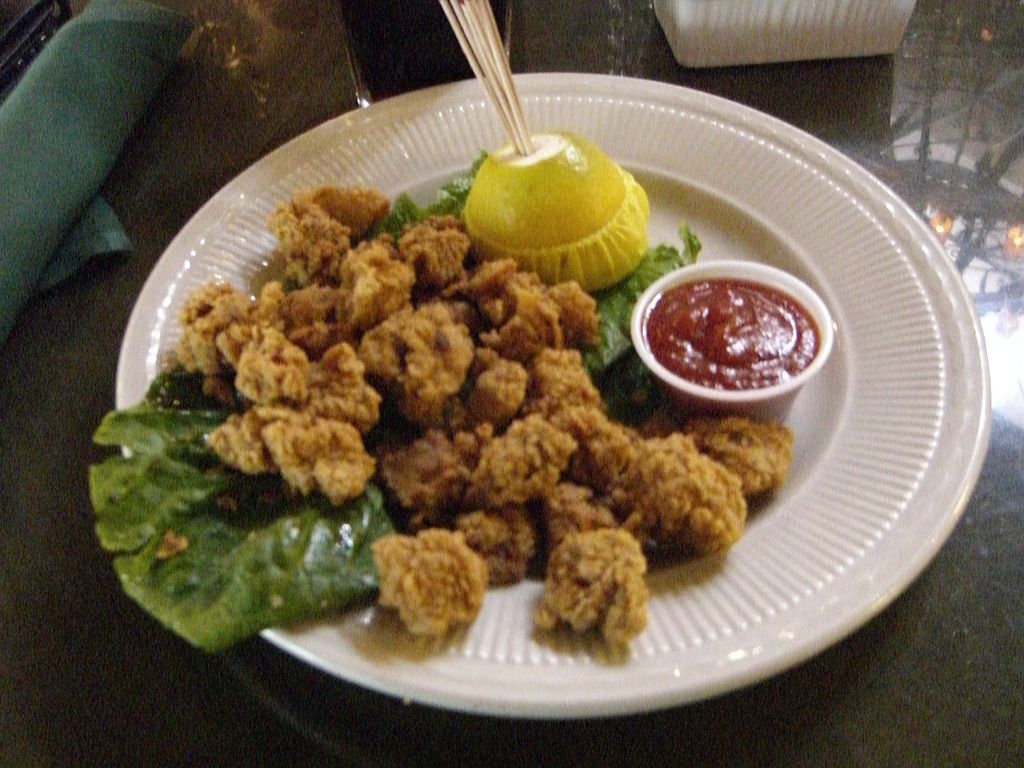 After all these wonderful dishes from around the globe, the candy that hubby’s student sent seems quite tame by comparison. From Japan, we have dessert, Green Tea KitKats! 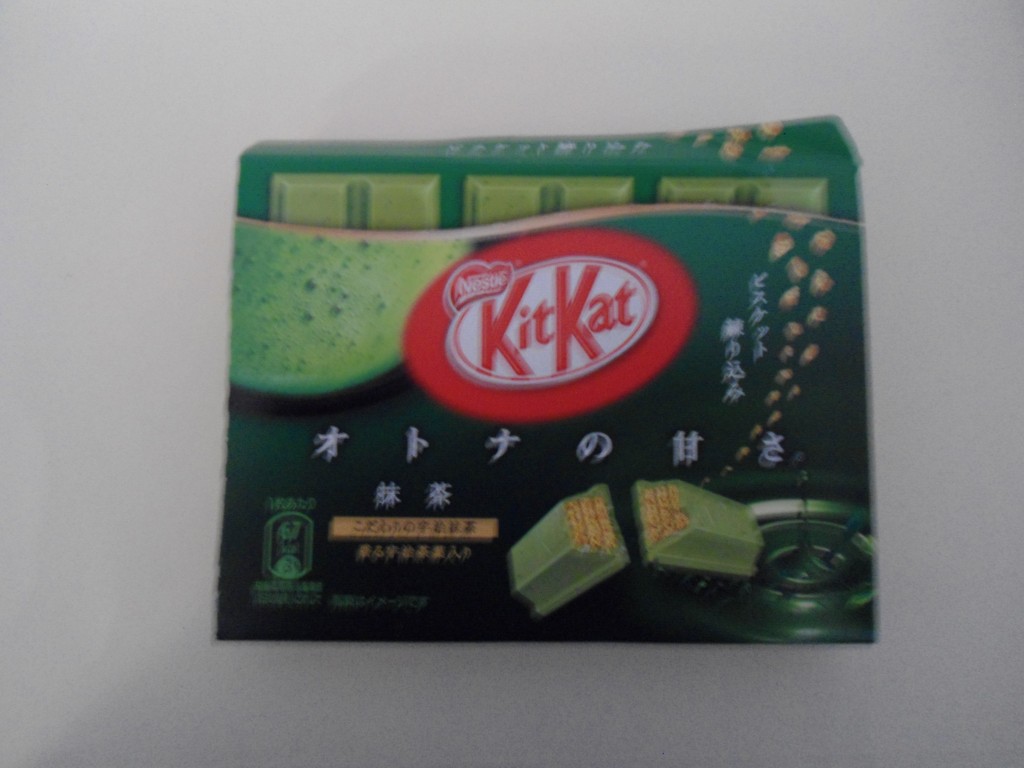 These weren’t bad, once you got past the color.

What interesting, odd or downright disgusting foods have you encountered in your travels?

Posted by Kassandra Lamb, but this was a joint effort by several of our authors.

We blog here at misterio press once or twice a week, sometimes about serious topics, and sometimes just for fun.