Have you heard of the Trolley Problem? 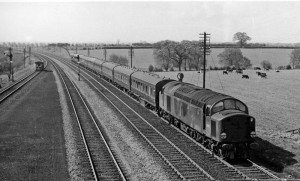 I’m not sure who first posed the dilemma, but I know it has spawned a ton of cool ethical thought experiments that really twist your mind, make you sweat and hope that if you are ever, ever in one of the moral dilemmas posed, someone will just bonk you on the head instead of making you come up with an answer.

So, let’s try it here: Say you are standing near the tracks and you see a trolley coming at you out of control and you know (you know because “they” tell you) that unless you pull the lever in front of you (oh yeah, there’s a lever in front of you) that all the people  (say ten) on the trolley are going to die in a horrible, firey crash.

Easy one, right? You pull the lever. 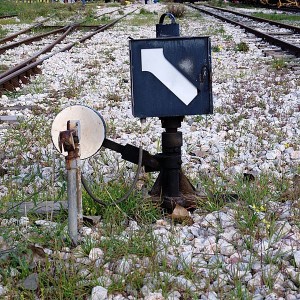 Now “they” tell you that there’s another person standing in the place that the trolley goes when you pull the lever, who is unaware that they are standing in THE place. Let’s picture a grandmotherly figure standing there with a plate of chocolate chip cookies and a big, happy smile.  Now, when you pull the lever to save the ten people, the trolley will jump the track and kill the grandmotherly figure. (The good part is she won’t know what hit her. Okay, I made that part up, she may.)

Now do you pull the lever? Or do you let ten people die because you’re squeamish about squishing grandma?

Upping the stakes: Say, in order to save the ten people and stop the train, you have to actually push grandma onto the tracks, knowing she will be killed. Is one life worth ten? Will you feel like a murderer even if you’ve saved ten lives by killing? Or will you feel like a hero with some residual guilt and remorse?

When you’ve thought about your response, read on:

Interestingly enough, most people are okay with pulling the lever and grandma dying indirectly from their action. However, pushing someone to their death–even if it means saving ten people–is not acceptable. Indirect death is okay, but death directly from action is not.

What they’ve found when an MRI machine scanned the brains of people while working out these moral dilemmas is that the first scenario–pulling the level and indirectly killing someone–activates the part of the brain used for solving problems and reasoning.  But, the part of the brain that lit up while pondering pushing someone to their death was the amygdala, which is responsible for our emotions and how we perceive emotions  in others–empathy. 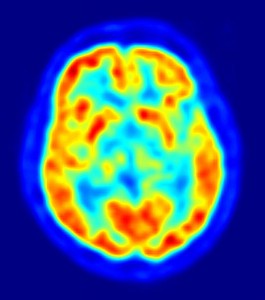 In fact, this test was given to people with damage in this brain region, and their answer was to push the person because “logically” sacrificing one life to save ten was the right thing to do. In their mind, pushing grandma is good not evil.

What if a person broke into your home and pointed a gun at your child or mother? Would you shoot first?

Me? I think I would pull the lever, not push grandma…and shoot first.