Recently a good part of the country experienced the blizzard of 2016. And now it’s snowing again up north.

Blizzard of 2016 aftermath, Montgomery Co. MD, not far from where we once lived (photo by heado, CC-BY-SA 4.0 International, Wikimedia Commons)

During the blizzard my native Maryland got about two feet of the white stuff dumped on them. That’s a lot of snow for a state that is technically below the Mason-Dixon line.

But is it really reason to panic?

When did we become such a crisis-oriented society? Oh, yeah, it’s when the media got a foothold…

I’m five feet, four inches tall (I used to be five-six, but hey, old age happens). Yes, two feet is a lot of snow, but it still only comes up to just above my knees. With a little effort, I can walk in it without snowshoes. And with some shoveling and the wonders of modern all-wheel drive, I can drive in it.

When I lived in Maryland, I used to marvel at the run on stores for milk, bread and toilet paper before a snowstorm. I got the milk and bread part, but honestly people, how much time do you plan to spend in the bathroom during the two to three-day period it takes for the snow plows to dig you out? I would think that the 4 to 6 rolls that most households have on hand would suffice.

Have we become such a namby-pamby society that the possibility of running low on toilet paper has us running to the stores? Come on, we’ve got tissues and paper towels and houseplant leaves to supplement before we truly should get desperate.

My point here is that we have been conditioned by the media to go into crisis mode over things that previous generations considered everyday challenges. 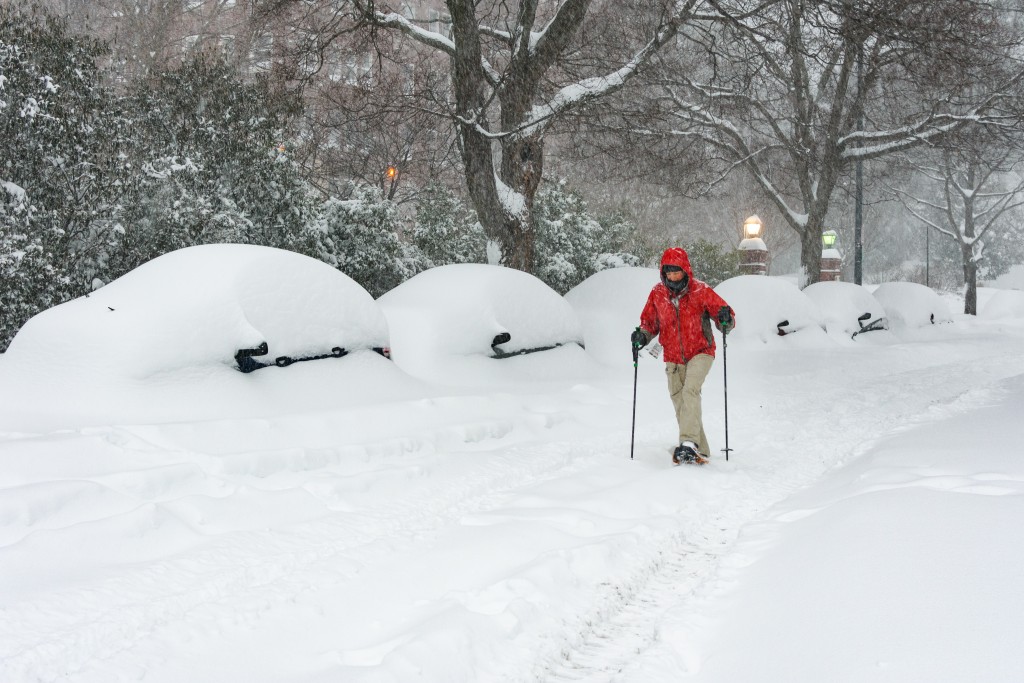 Funny story. Thursday was grocery shopping day for me when we lived in Maryland, and one week, there was a snowstorm predicted for Friday. I braved the store anyway, and actually we were a little low on TP, so I headed for that aisle.

When I got there, a dozen or so people were staring at bare shelves, with bewildered and anxious expressions on their faces. Surely the store hadn’t sold out of the golden sheets this early in the panic!

Then a store employee walked past. “Hey, didn’t you all see the big display up front. We moved it up by the door.” No, apparently most of us were busily checking our lists or something, not expecting our local grocer to be quite that blatantly mercenary.

I pushed my cart up front and nabbed a precious 4-pack, then went home and reassured my houseplants that their leaves were safe, for now.

We’ve since retired to Florida, but we’re not immune to the hysteria mongering down here. Oh Lordy, there’s a tropical storm headed for the coast. Everybody panic! No, just put away your porch furniture, and to be on the safe side, your grill, because it’s gonna be kind of windy for the next day or two.

In the media’s search for the next big story, they’ve turned this country into the land of fear!

Despite what you see on the evening news, the world is not coming to an end, and you probably don’t need to buy more toilet paper. But you might want to water your houseplants, just in case.

What about you? What has the media made you unduly afraid of in recent times?

Posted by Kassandra Lamb. Kassandra is a retired psychotherapist turned mystery writer. She is the author of the Kate Huntington mystery series, set in her native Maryland, and a new series, the Marcia Banks and Buddy mysteries, set in Central Florida.