Sue Grafton and Marcia Muller were my gateway drugs into mystery addiction. I had a slight preference for Grafton’s series except for one aspect. Sue Grafton set her stories in Santa Teresa, a thinly disguised Santa Barbara, while Marcia Muller, at least initially, set her tales of murder and mayhem in a real San Francisco.

When I started the two series, I lived in San Francisco, and Muller’s PI, Sharon McCone, resided on the street parallel to the house I rented with friends. I loved to imagine her backyard abutted mine. When I looked out my upstairs bedroom window, I viewed Bernal Heights and adored the idea that McCone worked in a law office right over there. 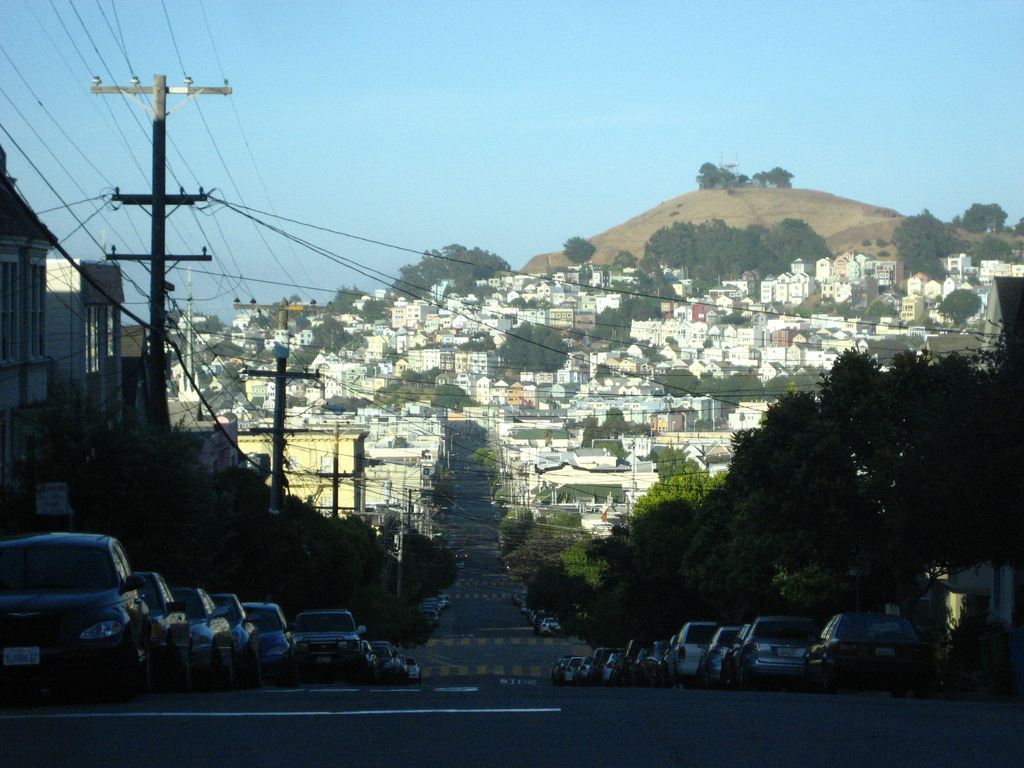 I couldn’t understand why Grafton had relinquished this charm. Everyone figured out Santa Teresa was Santa Barbara anyway.

So when I began my own mystery series, I decided to place it in a real Santa Cruz, which had definite appeal to my local fans. People have purchased my books simply because particular haunts were mentioned.

However, I created a fictional restaurant for my protagonist Carol Sabala’s work place, and site of the first murder in the series. I also made Carol different from myself, taller, younger, half Mexican-American, and a California native with a small family. Carol was a baker with PI ambitions, while I was a teacher.

In One Tough Cookie, my second mystery, I didn’t want another person to die at the restaurant, so I transported Carol to Watsonville High School, my actual place of employment. Since this was a public institution rather than a private business, I decided not to give it a fictitious name. With twenty-twenty hindsight, I would never recommend this choice to anyone! 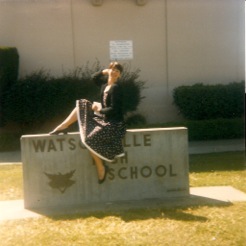 A younger me at Watsonville High

Even though the characters were fictional, at minimum amalgams of many people, my colleagues identified them as this person or that. This tendency of theirs filled me with anxiety since many of the characters behaved badly.

Of course, local readers probably would have formed these opinions even if I’d given the high school a different name. Since I worked at Watsonville High, they would have ID’d any school as Watsonville High just as everyone knows Santa Teresa is Santa Barbara. And they would have speculated on which characters represented which colleagues, just as readers who know me imagine Carol Sabala as me, even with her long hair and questionable actions.

That’s why, with the rewrite and re-release of One Tough Cookie, I decided not to give Watsonville High School a fictitious name. Also, I’ve been retired for five years now, and a fresh team of educators occupies the school. I don’t think readers will make the same associations they did before. (At least I hope they don’t.)

And the real location may work some magic, the way Muller’s San Francisco captivated me.

Readers, do you enjoy stories set in real places you’re familiar with, in which you can recognize streets and favorite haunts? Writers, how do you feel about using real vs. fictitious settings in your stories?

Drum roll, please!! Here is the new release (under the misterio press imprint) of… 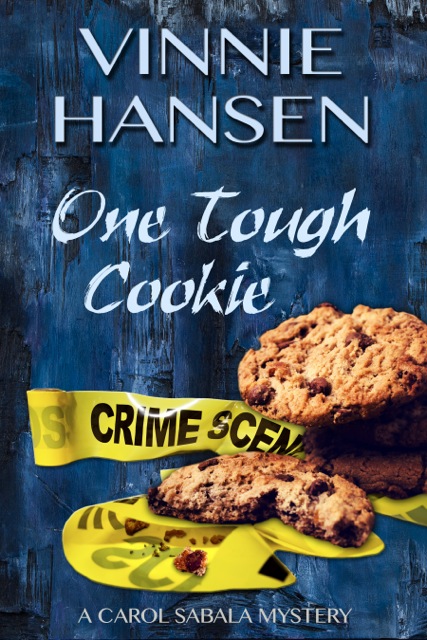 Carol Sabala’s boss sends the baker and amateur sleuth on a mission: find out who tampered with a teacher’s cookie dough and sickened the faculty. While Carol hones her investigative skills by gathering clues on the campus, a student is found dead on the high school’s stage. Did she fall? Commit suicide? Or did a killer hurl her from the catwalk?

When Carol seeks answers, a ruthless stalker comes after her!

Now Available on AMAZON and SMASHWORDS

Posted by Vinnie Hansen. Vinnie fled the South Dakota prairie for the California coast the day after graduating high school. She is the author of the Carol Sabala mysteries and was a Claymore Award finalist for Black Beans & Venom, the seventh and latest installment in that series. She’s also written many published short stories. Retired after 27 years of teaching English at Watsonville High School, Vinnie lives in Santa Cruz with her husband, abstract artist Daniel S. Friedman.