I first met Sheila when I found the Facebook group called Writers and Other Animals. First of all, the name cracked me up. Then I joined and found it a great little group for writers and readers who love animals. (Here’s the link if you want to check out the group.) 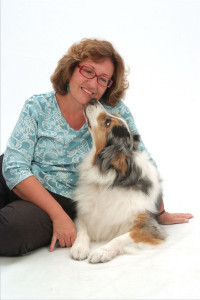 Along with supporting her fellow mystery writers with this group and her personal blog, Sheila writes nonfiction books about dogs and cats and has three books out in her mystery series: Animals in Focus Mysteries. Busy lady!

Luckily for us, she found the time to stop by our place. Here are her thoughts on the mystery writer’s favorite form of revenge.

“Be nice to me or I’ll put you in my book” is a popular saying among writers. Mystery writers often add “and kill you” to the end. After all, revenge, served hot or cold, is a powerful motive for murder and mayhem, in life and in fiction.

Taking revenge on the meanies in our lives can certainly be tempting, and more than one writer has done it. I have. At least I started to take revenge in writing, and in the process I learned a few things, or perhaps I remembered things I already knew. 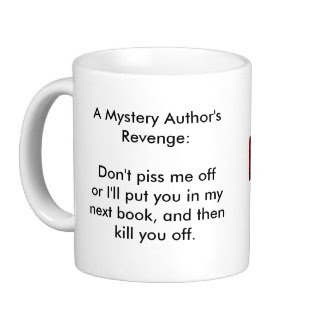 Let me back up to my first mystery, Drop Dead on Recall, which begins at a canine obedience trial. When I started the book, I had just emerged from a very dark pit of online harassment by a nasty little group of people whose agenda still mystifies me. In retrospect, it was a tiny bump in life’s road, but at the time it was all-consuming. In the first draft of my book, a couple of the characters were remarkably similar to the harassers. I even had one of them kill the other one. Ha! Gotcha!

Then came the first revision, after a several-month hiatus from mysteries while I wrote a nonfiction book about dogs. It was good that I had a break from Drop Dead on Recall. When I came back to it, I found that the revenge impulse had weakened considerably. In fact, the characters were no longer very interesting to me, in real “online” life or in my book. So I merged them into a single character known only to me (and my husband, but he’ll never tell). I changed the nature of that character, and by doing so, I changed the book and, I think, myself.

By the final revision of the first book, even I barely remembered the original inspiration for the character in question. In The Money Bird, that character has made a few changes for the better, and as I wrote that second book, I understood that allowing a character I disliked at first to become less loathsome was useful not only to the series, but to me as a person. That character has continued to evolve in Catwalk and in my fourth book-in-progress. 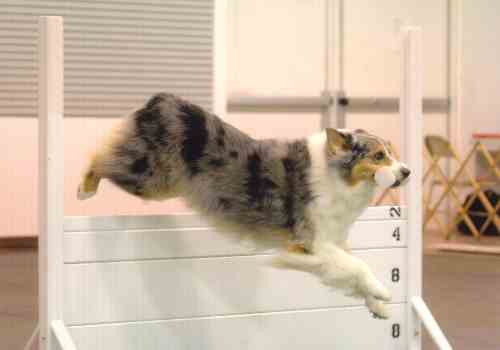 Jay would much rather play than seek revenge.

And I guess along the way my “get even” character has taught me a lesson, too (because our characters become very real as we write them). I’ve realized that letting go of the revenge-by-literary-murder impulse has served me well. Revenge takes time and energy, and icky people just don’t deserve that much of our lives. I still have the urge at times, of course. Who doesn’t? But I’m working it.

Now when I see a t-shirt or mug with that “be nice to me” quote, I mentally attach a different ending. The best revenge, I think, is to forget those who harm us, but that’s never easy and may be impossible. Still, I rather like the ring of, “Be nice to me or I won’t put you in my book.” Or, with the character in my series in mind, maybe I’ll rewrite the saying to, “Be nice to me or I’ll change you in my book and make people like you—but they’ll never know it’s you!”

I’d love to hear your thoughts on the subject of revenge. (And no, I won’t tell you which character it is! You’ll have to read the books to figure it out.) 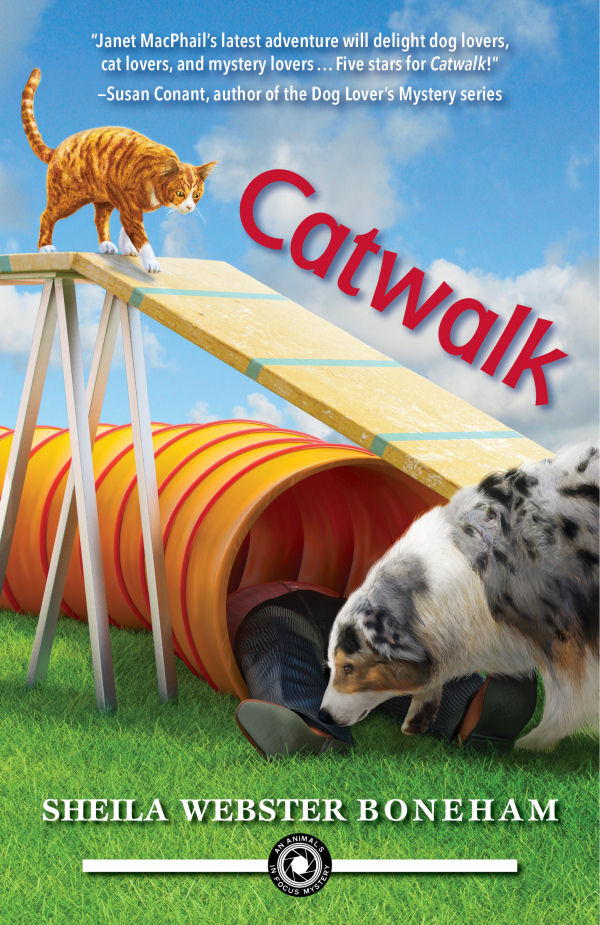 Sheila’s newest book, Catwalk, is now available for preorder (due out 10/8/14 from Midnight Ink)

Animal photographer Janet MacPhail is training for her cat Leo’s first feline agility trial when she gets a frantic call about a “cat-napping.” When Janet and her Australian Shepherd Jay set out to track down the missing kitty, they quickly find themselves drawn into the volatile politics of feral cat colonies, endangered wetlands, and a belligerent big-shot land developer

Janet is crazy busy trying to keep up with her mom’s nursing-home romance, her own relationship with Tom and his Labrador Retriever Drake, and the upcoming agility trials with Jay and Leo. But when a body is discovered on the canine competition course, it stops the participants dead in their tracks—and sets Janet on the trail of a killer.

Posted by Sheila Webster Boneham. Sheila writes and plays with her animals at her home in North Carolina. She is the author of the Animals in Focus mysteries. Please visit her website’s Mysteries Page, and/or join her on Facebook or Twitter. Sheila also runs the Writers and Other Animals blog and Facebook group – for readers, writers, and animals of all kinds!

17 Replies : Leave a Reply →
Misterio press is dedicated to producing top quality books for mystery lovers. Whether you enjoy a traditional mystery or a splash of paranormal on the side, we aim to please. So, please browse our current mysteries and check back for new additions!