The deaths hit music lovers of a certain age hard. And, for me, 2016 went out with a bang—four deaths in my broader circle of friends, all people in their sixties and seventies. 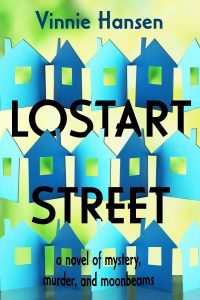 My novel Lostart Street rose from these ashes.

The deaths prompted my husband and me to make a living trust. During the grueling process, I reviewed my old will in which I’d left money and directions for the publication of my file-cabinet novel Love on Lostart Street.

Over the years, a couple of publishers had nibbled at the novel, so I knew it contained tempting morsels. But what a task to leave to someone! I was the one best equipped to bring the novel to fruition, especially if the ladies at misterio press gave the project a nod.

One of the best parts of working with a small, collaborative press is the flexibility and freedom in what we can try. The ladies agreed to the publication although the title quickly changed to Lostart Street, because, as Kassandra Lamb pointed out, we don’t want readers to think the book is a romance.

But Lostart Street is not our usual mystery fare, either. It’s a cross-genre mash-up that I call “a novel of mystery, murder, and moonbeams. “

Even though the novel was already written and I had seven mysteries and numerous short stories under my belt, preparing Lostart Street for publication proved to be the toughest writing task I’ve faced.

First, the novel is personal. The protagonist is a twenty-eight-year-old would-be writer who abandons her life in San Francisco to accept a teaching position in a small California coast town.  This is my background, and the struggles of a first-year teacher certainly figure in the book. 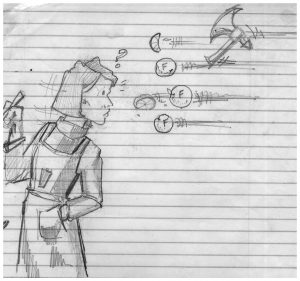 A cartoon drawn for me by one of my first-year students. Bless his heart.

So I  worried myself into sleepless nights that readers would think the main character is me.

I reminded myself that when I created Carol Sabala, the protagonist in my mystery series, I went out of my way to make her different than I am. She’s half-Mexican American and a baker who becomes a P.I. She’s younger, taller, and more athletic with long wavy auburn hair. She grew up in California, came from a small family . . . .

It didn’t matter. Readers told me that they imagined Carol Sabala as me! Me—investigating murders, breaking and entering, propelling from rooftops? We can’t control what goes on in the minds of our readers, so why worry about it.

Nonetheless, in the front of Lostart Street I added to the usual disclaimer “not a single occurrence actually happened, or if it did, not at the time or in the context or with the people or in the manner depicted.”

But I faced another, much tougher issue. Lostart Street is set in 1982. I didn’t write it in 1982, but I started it much closer to 1982 than I am now. So when I pulled the book out of the file cabinet to rework it, I realized I’d become a better writer than I was then. The problem became how to apply my developed skills to this older work without erasing what made it unique and charming in the first place. 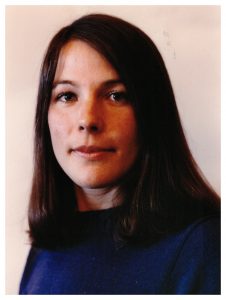 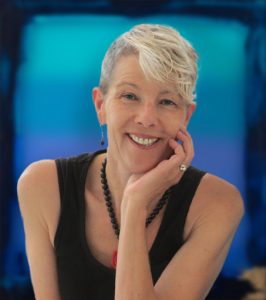 Back in 1987, I was lucky enough to see the Sistine Chapel while the restoration of its ceiling was in progress. This project was, and remains, controversial. People had grown accustomed to the look of the art covered with hundreds of years of grime. Some art critics even argued that the change over the years was the natural evolution of the frescoes and cleaning them was a travesty.

Now, not to compare myself to Michelangelo, but the process of restoration, or re-story-a-tion, of Lostart Street, created a similar dilemma. How did I apply the cleaner—scrubbing at adverbs and metaphors and multiple points of view—without losing the book’s original appeal? How did I apply my 63-year-old wisdom to the 28-year-old voice? Yes, the story brightened and sharpened, but what was being lost?

The process was painstaking! But now I present the new and improved Lostart Street, available at Amazon. The launch party will be June 8th, 7 p.m. at Bookshop Santa Cruz.  For those of you farther away, I will be interviewed about Lostart Street tonight (June 6) at 7 p.m. on Universal Grapevine, KZSC 88.1 fm. Please tune in.

Have you ever tried to rework an older piece of writing or art? What challenges did you encounter?

Vinnie is a retired English teacher and award-winning author. Like Lostart Street, her Carol Sabala mystery series is set in Santa Cruz, California, where Vinnie lives with her husband and requisite cat.