In honor of Catie Rhodes’ new release, FOREVER ROAD, we’re telling real-life ghost stories this weekend. Why? Because Catie’s main character sees ghosts, and isn’t all that happy about possessing that particular talent. But here, I’ll let Peri Jean tell you about it herself: 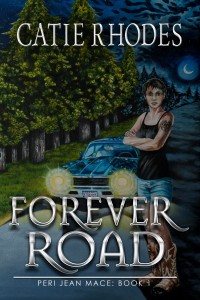 And now for the real-life ghost stories. Yesterday we had three short tales of ghosties or other strange ghost-related events. Today we have a longer and more poignant tale to tell. You might want to have a tissue handy. 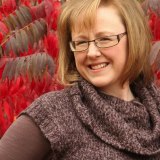 After five years of trying to have a child, and a miscarriage that had left me deeply depressed for weeks, I had finally reached the 12th week of pregnancy. But due to a genetic issue, my baby was at high risk of being born with Downs Syndrome. On June 7, 2005, my husband and I went to the University of Iowa for prenatal testing. That day my brother, Kevin, called my mom to see how I was doing and ask when we’d get the results. He told her he was worried about me.

He died in a car accident that night.

I rushed to my parents’ home two hours away and went with them and my sister-in-law to the funeral home to make arrangements. You can imagine the rest of that day. I went to bed in my parents’ guest room–exhausted, empty, and feeling guilty that I was worrying about my test results when my brother had just died.

I became trapped in a horrible dream. My brother stood at the foot of my bed staring at me with an expression I’ve never been able to fully describe. I knew it was him, even though his face was swollen and his mustache was missing. He kept trying to tell me something. In the dream, I jumped out of bed and ran out of the room. He followed me from room to room, the same pleading expression on his face. I’ve never been so scared in my life!

An alert on the weather radio, signaling an upcoming storm, woke me. It also woke my mother. We went down to the kitchen and I told her about the dream. It had been so vivid, so real. It was like nothing I’d ever experienced. I told her that he didn’t look like himself and that he was wearing the burgundy shirt and khaki pants he had worn at Christmas.

My mother turned white. “That’s what he’s going to be buried in.”

After an hour of talking, I explained it away as coincidence. The last time I’d seen him he’d been wearing that shirt. My mind just filled in the blanks. Still, I couldn’t shake the realness of it all.

The next day was the viewing. I looked in the casket and nearly collapsed. Not only was Kevin wearing those clothes, but his face was swollen and puffy from the trauma, and he didn’t have a mustache.

Kevin was eighteen years older than me, and I’d never seen him without a mustache. Ever. Barely able to stand, I asked his poor wife about it. “He was trimming it a few days ago and messed up,” she said. “I told him to shave it off.”

There’s no way I could have known that. The mustache sealed the deal for me. Kevin had come to me the night before. I was convinced he was trying to tell me something, but what?

I got my answer later that day when the call came from the University of Iowa. Our tests results were back. It wasn’t  absolute, but the screening indicated that our baby was very likely fine.

And then it hit me: that’s what Kevin had been trying to tell me. The day he was killed, he’d told Mom how worried he was that I wouldn’t be able to handle it if the test results were bad news. In the dream, he was trying to let me know that everything was going to be okay. I know this in my gut. The clothes, the mustache, the test results—too many things to be a coincidence.

My family will never get over my brother’s loss, but I am so grateful to him for coming to me the way he did. I’m not sure I would have believed in the test results if he hadn’t visited me in my dream. After that experience, I believed it would be okay. My anxiety about the baby went down, and I was able to relax and enjoy my pregnancy. 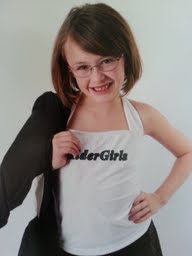 I told you to get tissues!

Stacy’s going to have her own new release in just a couple more days! Stay tuned for Tin God, and come on back tomorrow for one more ghost story, with an honest-to-god picture of a ghost!

Do you have any ghost stories? Please share them in the comments.

And don’t forget to check out FOREVER ROAD. You will love this book!