We had a different post planned for today but Memorial Day snuck up on us. It’s really early this year.

(Note: the following are the opinions of this author and do not necessarily reflect those of the other misterio press authors.)

As I’ve mentioned before, I’m a pacifist by nature. I abhor violence. But unfortunately in the real world there are some evil people, and even more people who are willing to do evil things in order to achieve their goals. So violence is part of the human condition and probably will be for the foreseeable future.

One of the many things I learned from being a psychotherapist is that evil survives and thrives on fear and passivity. So I do believe that it has to be stopped. And the only force evil understands is just that, force.

So how am I any different from those I accuse of using evil to achieve their own goals? I guess I’m not completely different. My only defense is that I believe in the use of violence only in defense of self and others.

So in the real world, this country needs a strong military. It does act as a deterrent against a good bit of that evil. And the rest of the time, unfortunately, those men and women in uniform have to fight back the evil.

I was a teen and college student during the Vietnam War–probably the least popular war ever fought by this country. I protested against that war. But I was appalled by the treatment of the returning GIs at the hands of some of my fellow pacifists. They often were not welcomed as the heroes they were, especially since many of them had been drafted. They were sometimes spat on and called baby killers.

Humans have short memories and we don’t always learn from the past. But I think our society learned that lesson. By all means, hate war! But honor the troops who have sacrificed so much to protect our peace. 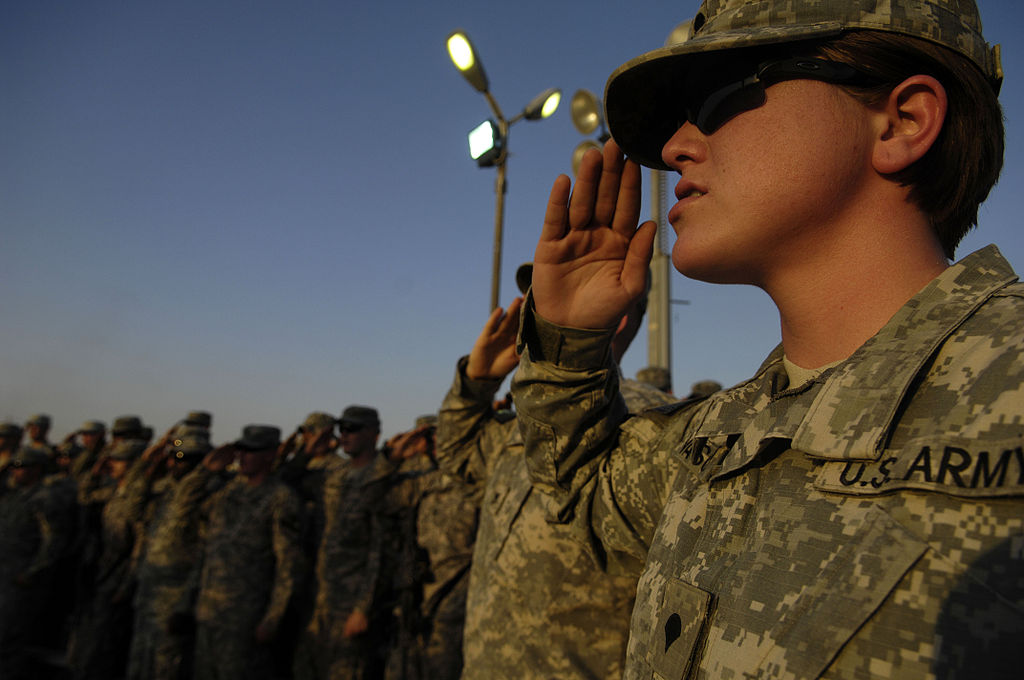 Any particular soldiers, sailors or Marines whom you’re remembering this Memorial Day?

Please follow us so you don’t miss out on any of the interesting stuff, or the fun! (We do not harvest, lend, sell or otherwise bend, spindle or mutilate followers’ e-mail addresses. 🙂 ) 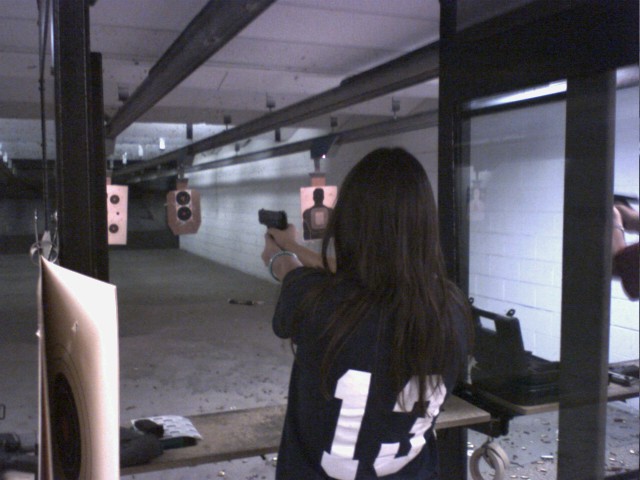 I’ve been asking myself a question lately, and I’m not really coming up with an answer. So I’ll put it out there and see what you all think.

I am a pacifist by nature. Perhaps this is because I came of age during the Vietnam War era, or perhaps that would have been my nature anyway. Regardless I believe people should avoid violence as much as possible.

However, as someone who has been the victim of violence in the past I also feel strongly that we have the right to stand up for ourselves. And the reality is that there are lots of people out there who are violent. They may have no qualms about doing me harm to get what they want. Therefore, I have no qualms about defending myself against a physical attack.

But I truly am a pacifist by nature. I’ve come to terms with this seeming contradiction in real life. I’ve taken self-defense classes. I own a gun and I know how to use it properly. I would never, ever start a violent confrontation, and I believe that I would only use whatever force necessary to protect myself (or other innocents present). But I would protect myself, and I don’t think I’d feel guilty about it afterwards.

So what exactly am I feeling angst about?

Most of my fictional characters carry guns these days!

My series didn’t start out that way. In Book 1, Kate Huntington and her friends are ordinary people forced to face an extraordinary situation when someone develops a murderous grudge against them. They are so unused to physically defending themselves that they have to hire bodyguards to keep them safe as they attempt to solve the mystery. For the most part, the cops and bodyguards are the only people with guns in that story. 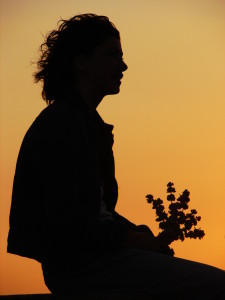 (This is how I originally envisioned Kate!)

I started writing mysteries because that’s the genre I like to read and therefore know best. I didn’t really stop to think about the implications for me as a pacifist. I also didn’t realize back then, when I was a novice author, that stories and characters have a tendency to take on a life of their own. They don’t always go in the direction you think they will.

The last few weeks, as I’ve been putting the final polish on Zero Hero, Book 6 in my series, I’ve been contemplating this reality. Most of my characters now carry guns! Kate and her friends, the Franklins, are the only ones who are rarely if ever armed. And Kate’s now sick and tired of being attacked by bad guys and having to depend on others to protect her. So she’s taken up martial arts and has become a good bit more kickass herself.

I started out saying I don’t have the answer. Now I’m not real sure what the question is.

I guess I’m wondering why a pacifist is attracted to good guys with guns? So much so that I’ve populated my books with them (plus a couple of gun-toting gals) — books that were originally supposed to be mysteries solved by an unarmed amateur sleuth.

I know I’m not alone. If I were I’d have no readers. 🙂 Why are we attracted to good guys with guns?

Is it about empowerment? Balance? Fairness? We humans need to believe that good will eventually triumph over evil. Ask any producer of a super-hero movie if that ain’t so!

There is certainly plenty of evil in the world. And the good guys don’t always win in real life. So I guess I’ll let my fictional good guys keep their guns. I just wish there was another way.

What do you think? Are you attracted to good guys with guns?

Let’s try to avoid the issue of gun control, please. I want to hear how you all feel about violence in self-defense. How far would you go to defend yourself or others? Would you feel guilty about it afterwards?

P.S. The new book will be officially launched on Thursday, but it is live on Amazon already, so I’ll give you all a sneak preview. 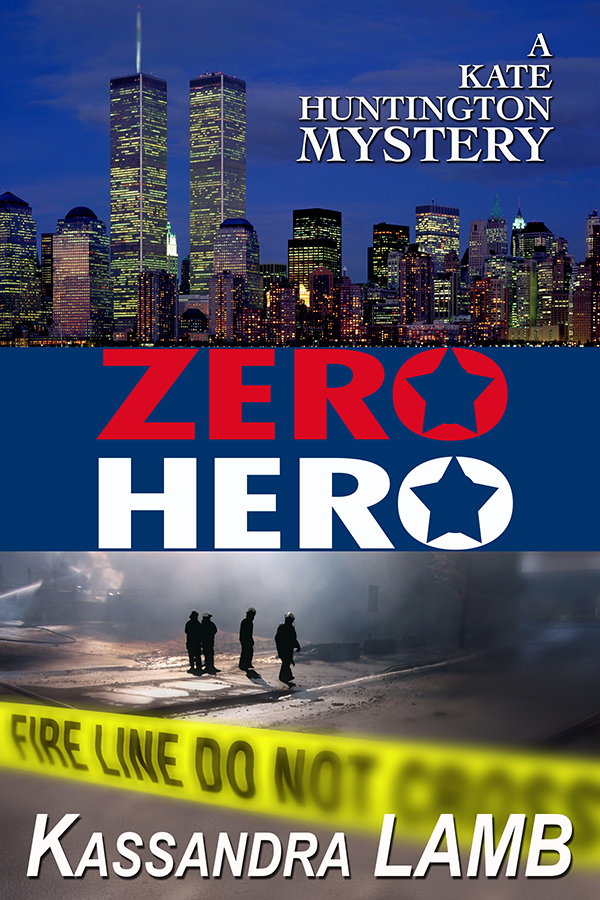 On the 10th anniversary of 9/11 the media replays the videos of that day’s devastation, and a national hero’s life begins to unravel.

When the first responder, already struggling with delayed PTSD and addiction, is accused of murdering his former drug dealer, psychotherapist Kate Huntington finds herself going above and beyond to help him. As she and her P.I. husband set out to clear him of the charges, they are thrust into a deadly world of drugs, prostitutes and hired killers, and end up questioning who they are and what it means to be brave.