St. Augustine is on the east coast of northern Florida. The climate is on the cusp between temperate and subtropical and December days are usually in the high 60’s to mid 70’s. But despite the balmy temperatures and palm trees, St. Augustine is really, really into Christmas.

It is billed as the oldest continuously occupied European city in the country. Admiral Menendez de Aviles of Spain spotted land–no doubt with much relief that he hadn’t fallen off the edge of the world–on the feast day of St. Augustine, August 28, 1565. He named the town he established after the saint. 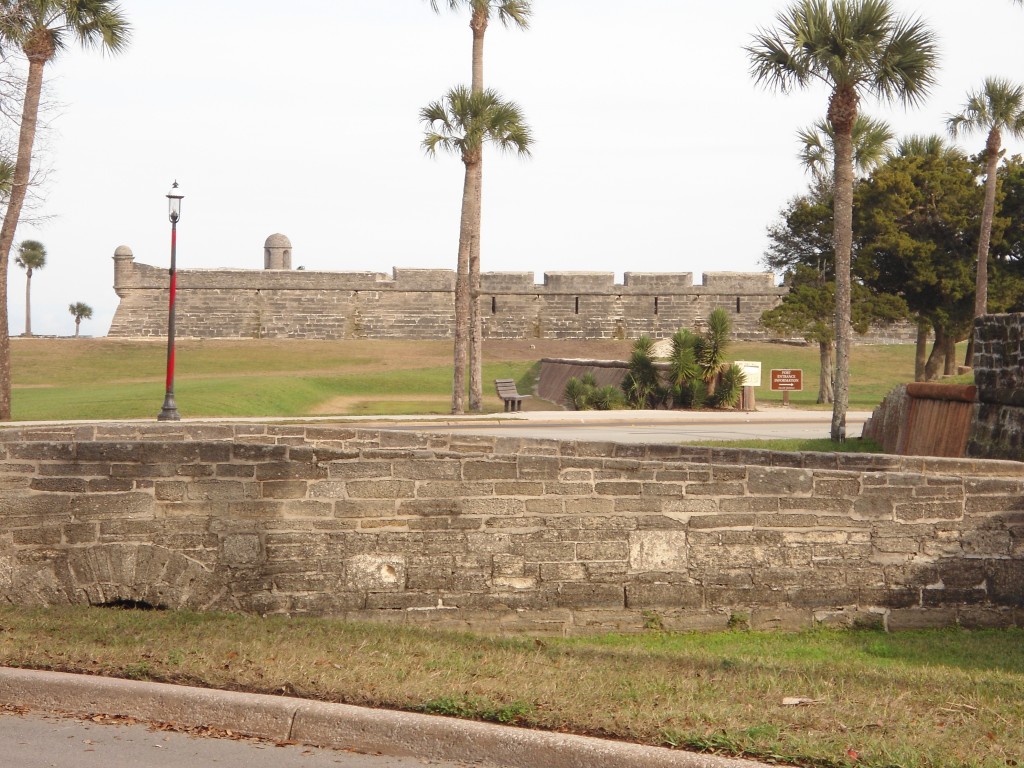 The historic district in full of beautiful Spanish architecture, some of it original, some built later in a style to blend in with the older buildings. 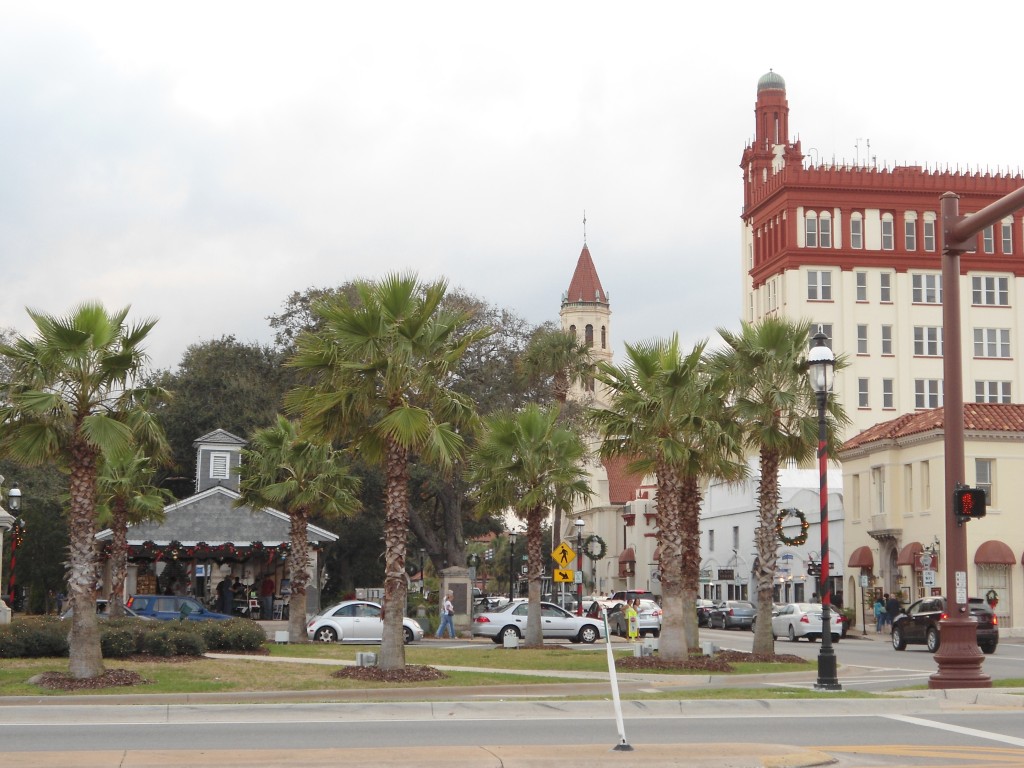 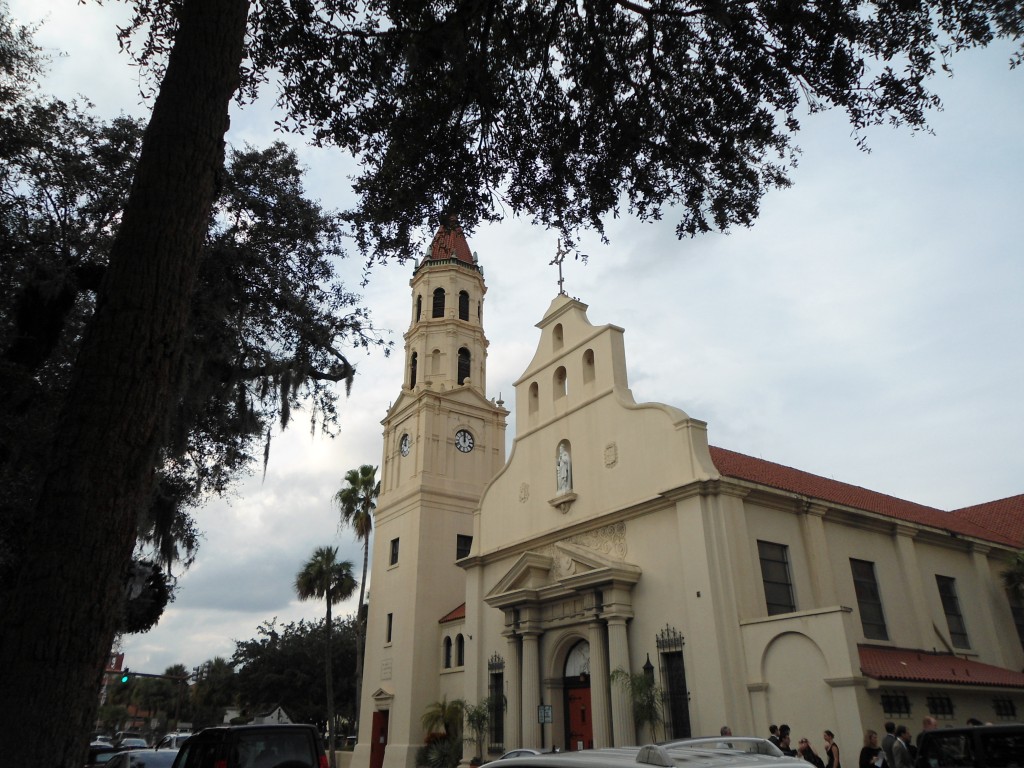 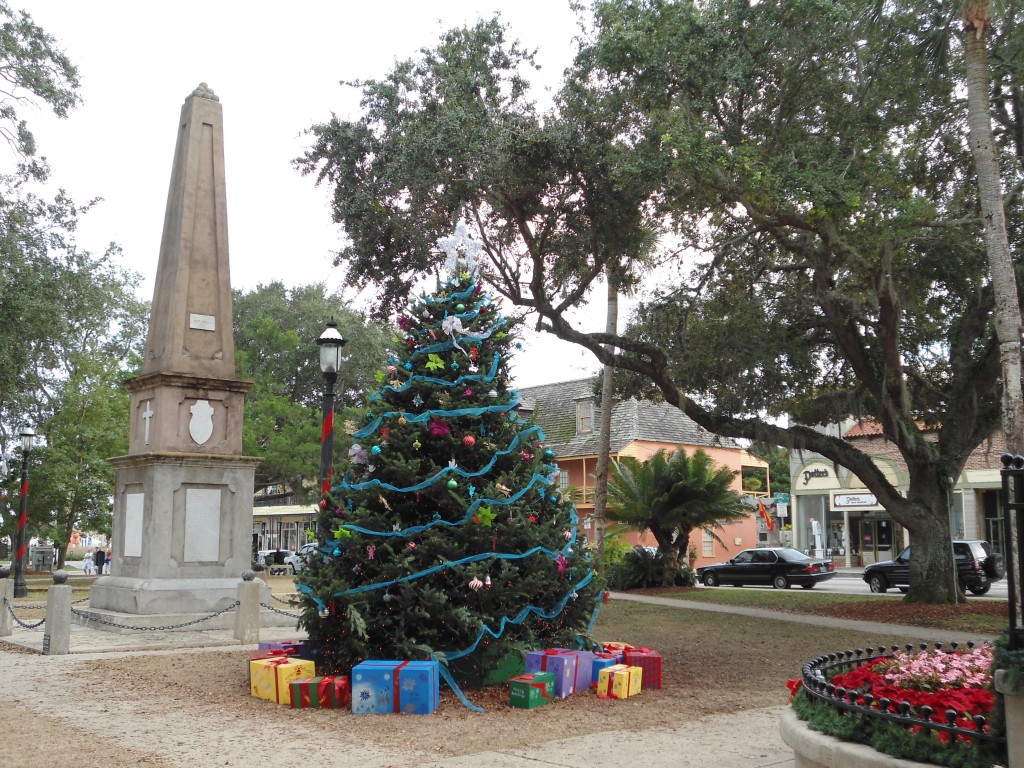 By the third week of November the historic district is festooned with millions of tiny white lights. On the weekend before Thanksgiving, the tree lighting ceremony occurs in the Plaza de la Constitucion, marking the official beginning of the Nights of Lights. 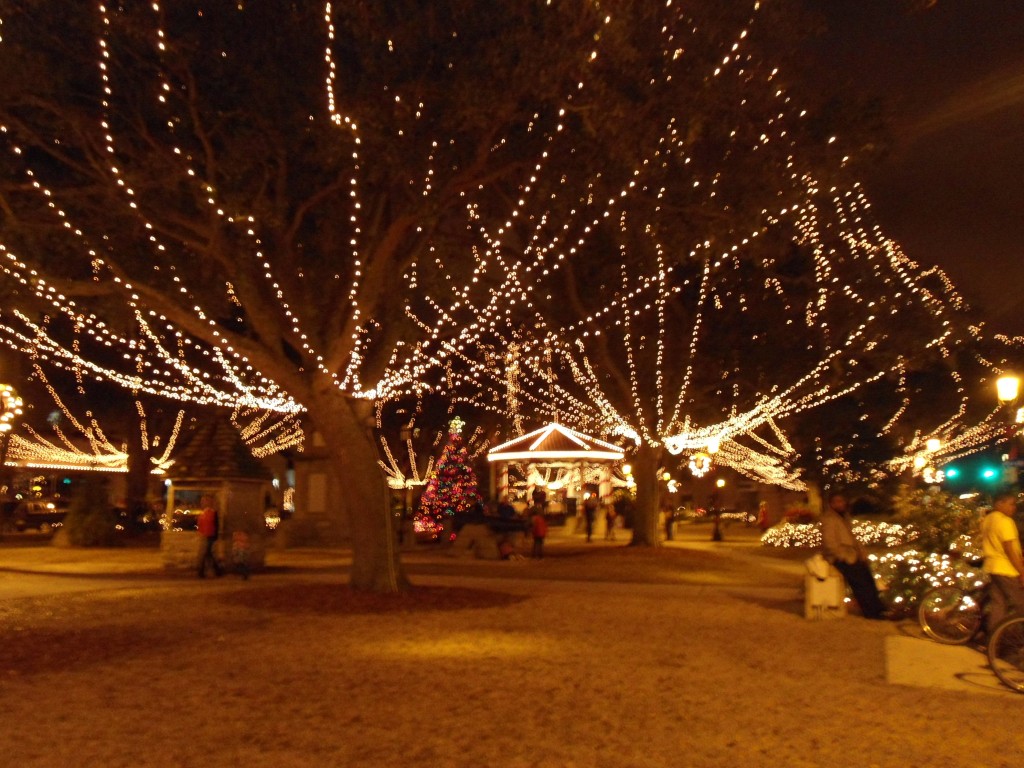 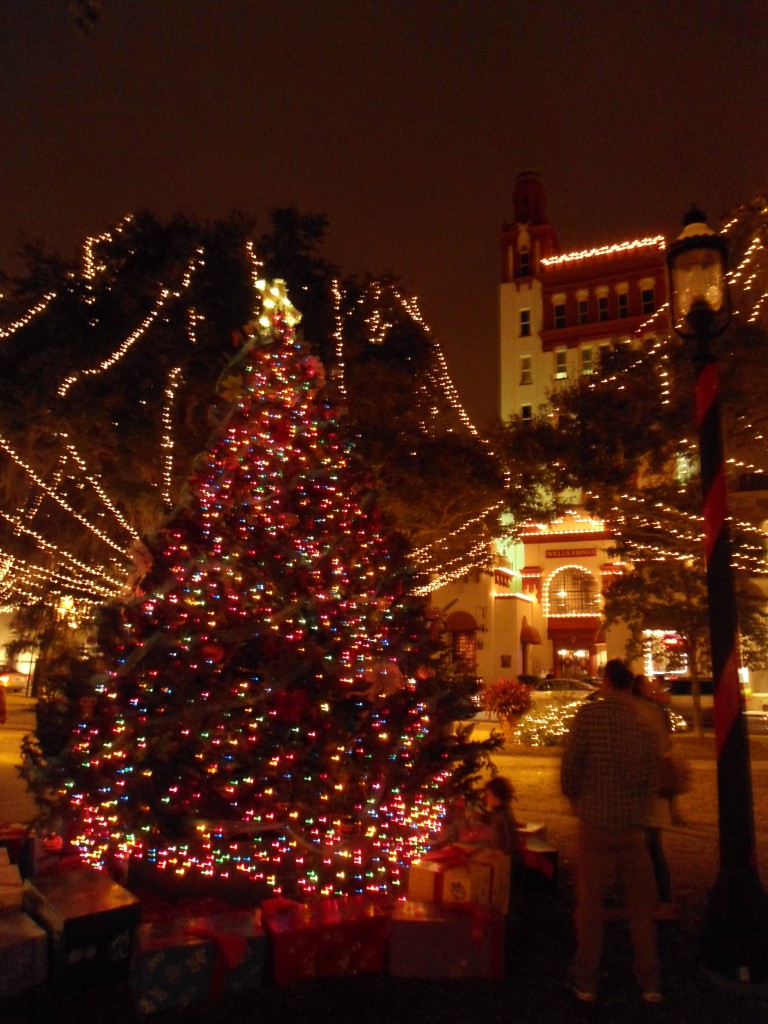 Santa’s Christmas Train takes tourists through the city every evening through January. Or you can enjoy the lights from a horse-drawn carriage. 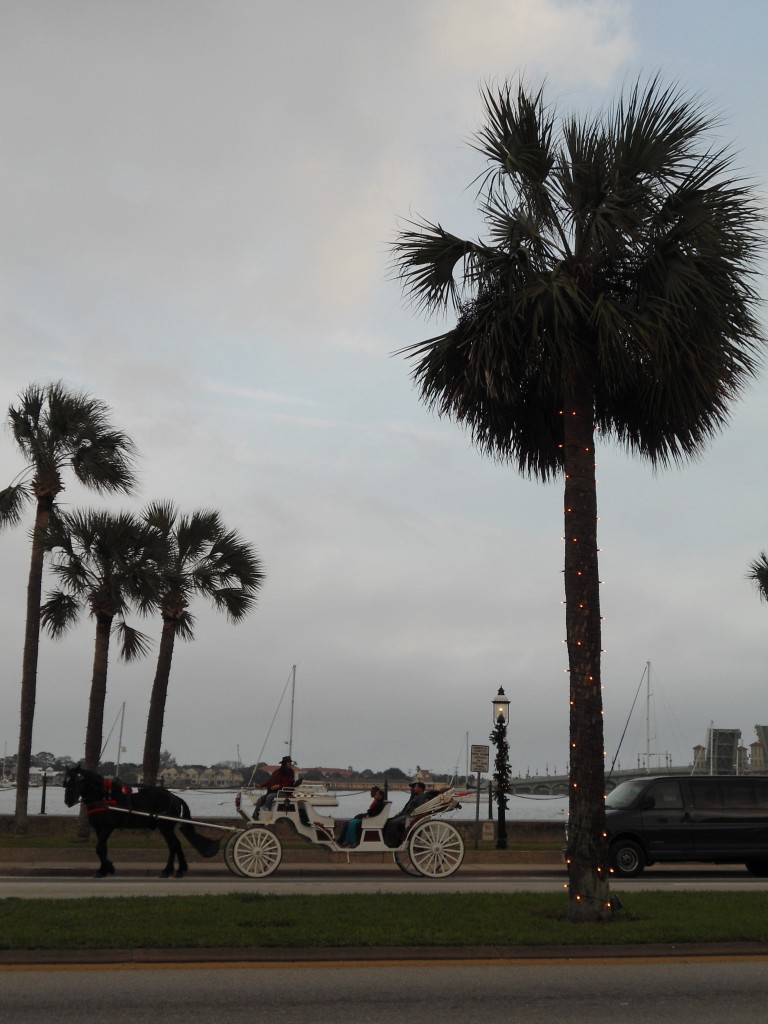 Five blocks of St. George Street are blocked off for pedestrians only and a variety of shops line the street, as well as a few tourist attractions such as the oldest wood schoolhouse in the country. The shops and restaurants are also decorated for Christmas, some of them so brightly it makes your eyes hurt. 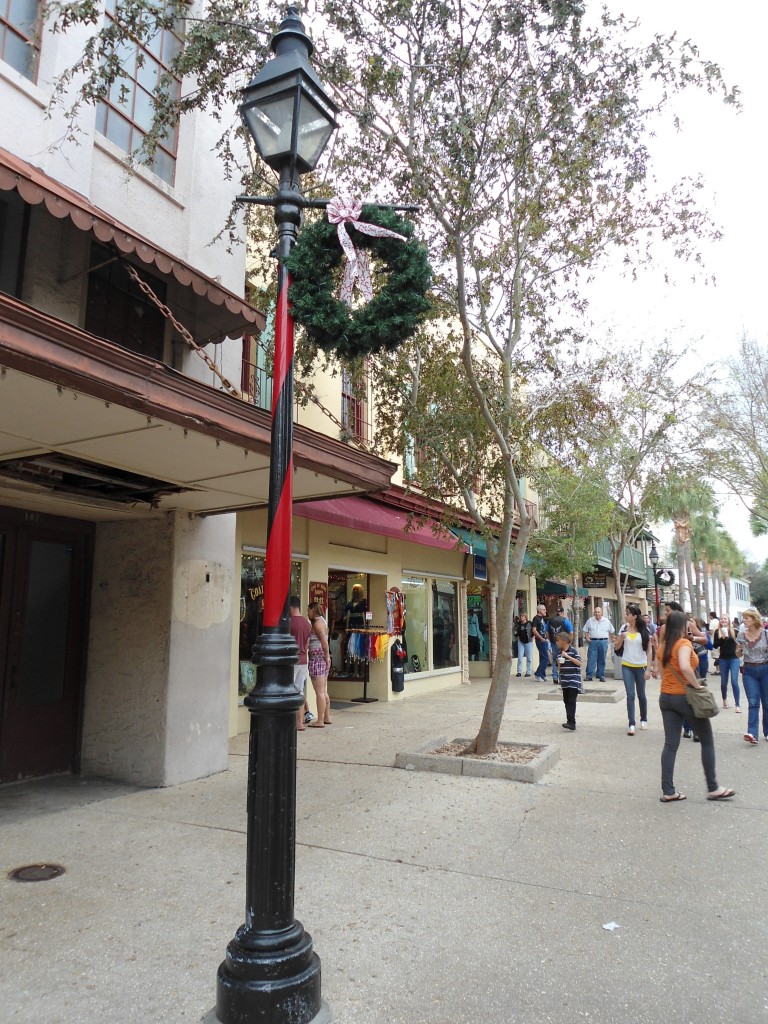 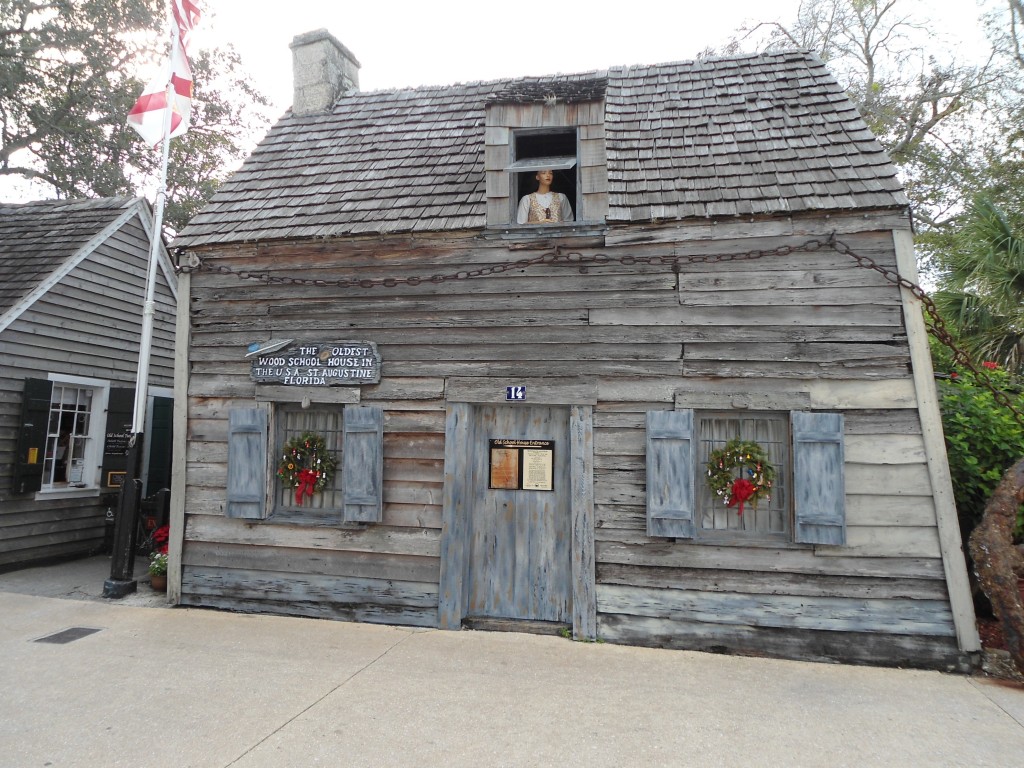 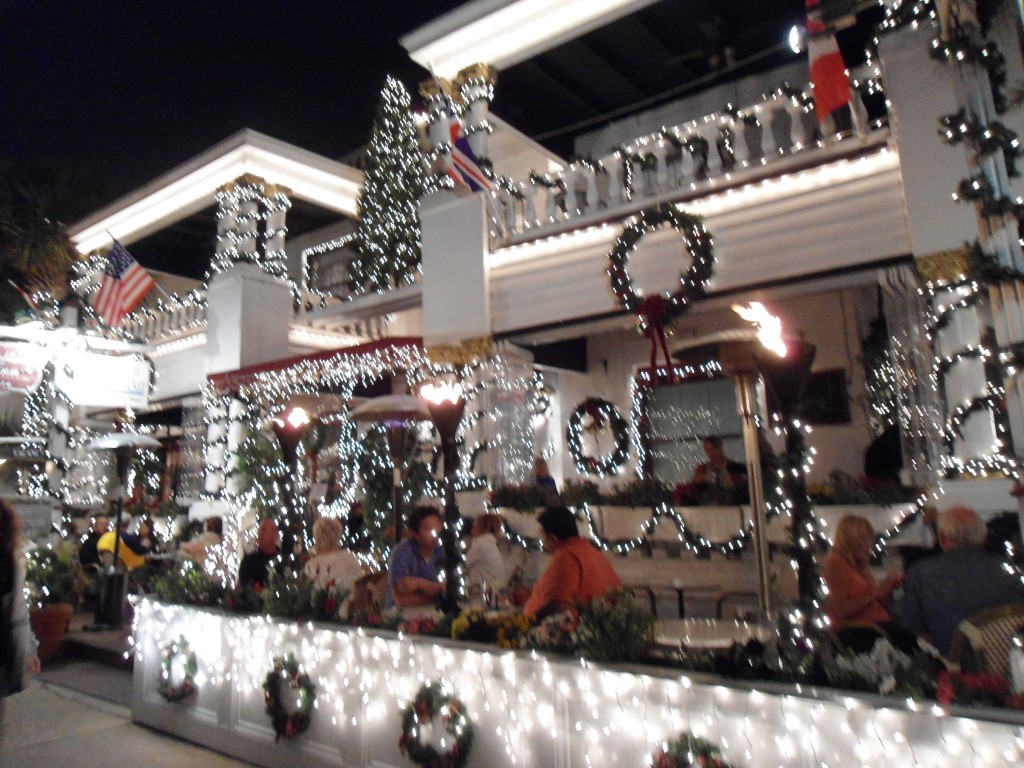 On the first Saturday of December, there’s a Christmas parade. That evening a group of re-enactors celebrate a short period when La Florida was a British colony. It was traded to England in exchange for the port of Havana in 1763, and then reclaimed by Spain twenty years later, at the end of the American Revolution. Dressed in British uniforms, the fife and drum corps marches through the historic district, followed by the “loyal citizens of the colony,” in period attire and carrying candles. The crowd is invited to join the procession, which ends in the Plaza with Christmas caroling around the tree and gazebo. 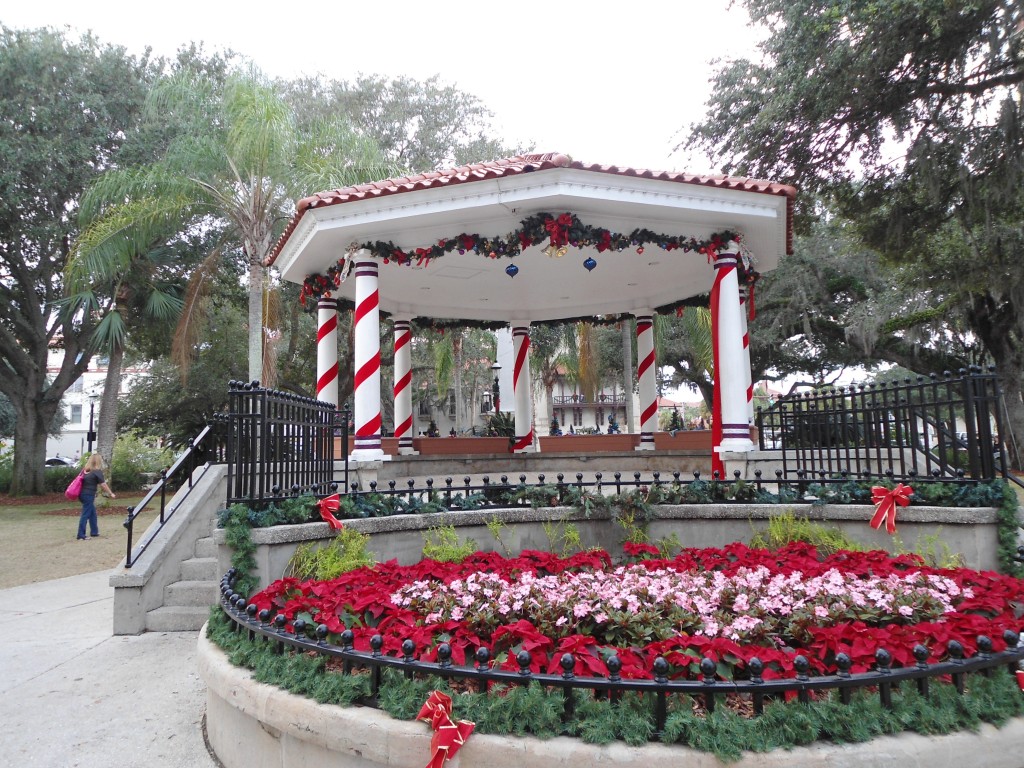 The following weekend is the Regatta of Lights. Boat owners from local marinas decorate their boats and sail along the Matanzas River next to the historic district, and through the drawbridge of the Bridge of Lions. 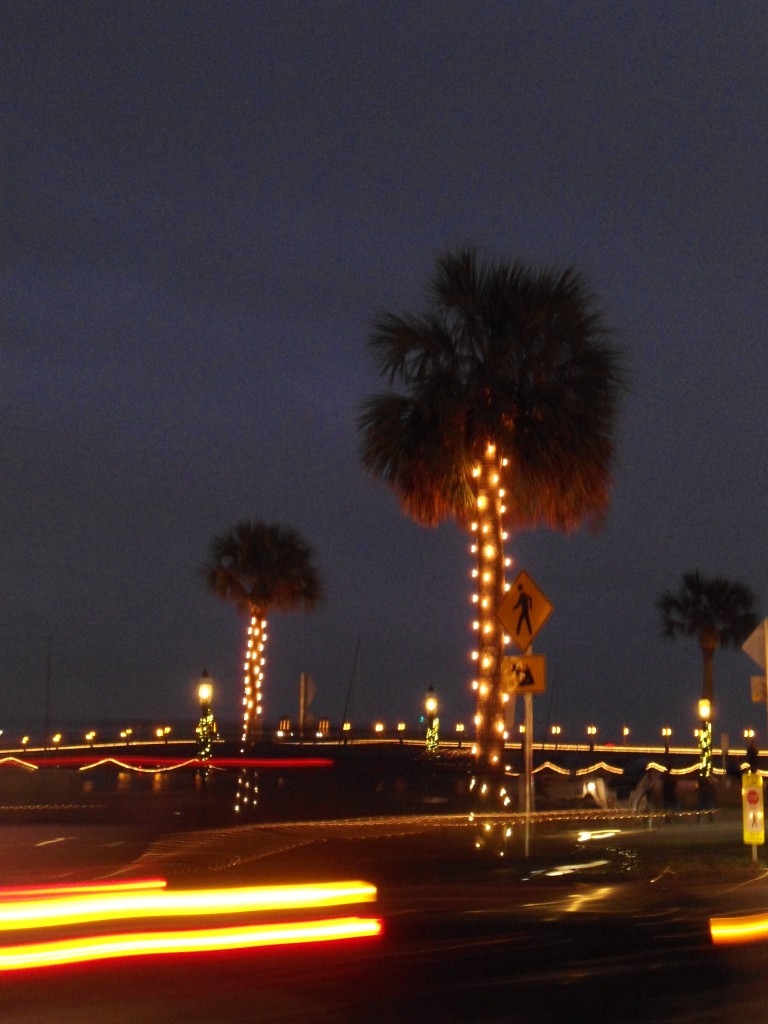 The holiday week culminates with a Beach Blast Off at St. Augustine Beach on New Year’s Eve. I’ve never been, but rumor has it that live music, chili and fireworks are involved. 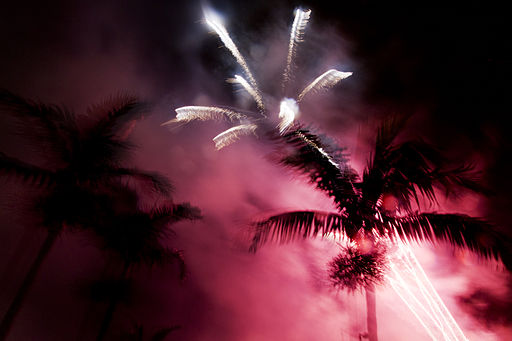 For more on the Nights of Lights in St. Augustine, click HERE.

What exotic places have you been to around Christmas time? Please share so we can continue our vicarious travels.

We usually blog here at misterio press once a week about more serious topics and then sometimes on Fridays or the weekend with something just for fun.Our blog is on semi-hiatus until mid January when we’ll get serious again. Please follow us by filling in your e-mail address where it says “subscribe to blog via email” in the column on the right, so you don’t miss out on any of the interesting stuff, or the fun!

Leave a reply →
Misterio press is dedicated to producing top quality books for mystery lovers. Whether you enjoy a traditional mystery or a splash of paranormal on the side, we aim to please. So, please browse our current mysteries and check back for new additions!