We’re hosting a Rafflecopter giveaway to celebrate the Halloween release of my new book, The Hoodoo Detective! The prize? An ARC of the novel!

But first, a bit about the most haunted house in New Orleans…

In The Hoodoo Detective, Riga Hayworth travels to New Orleans for her paranormal reality TV show. The book opens mid-way through shooting, and Riga has found little to get excited about in the haunted houses they’ve filmed so far.

What would have happened if they’d filmed at the Lalaurie House, considered the most haunted in New Orleans?

The stucco-over-brick mansion, on Royal Street in the French Quarter,  was built in 1832, and an invite to the fashionable Lalauries’ abode was considered a hot ticket. 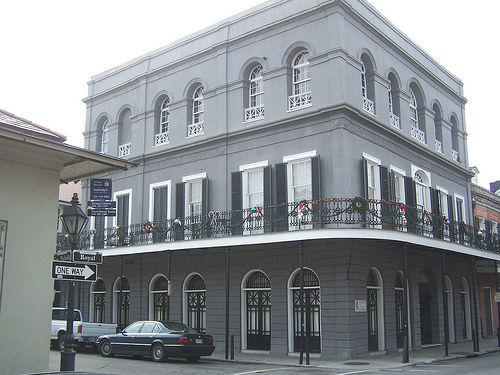 On the afternoon of April 10, 1834, a fire started in the kitchen while the Lalauries were away.  Neighbors rushed inside, dousing the fire, and found hapless slaves chained in their quarters, near death from starvation.

The newspapers reported – and it’s suspected they exaggerated – the wretched conditions the slaves had been discovered in, and authored follow-up stories of gory torture and degradation, including one about a slave girl who Madame Lalaurie chased with a whip until the terrified slave jumped to her death from the roof. Today it’s believed the Lalauries may have been one of America’s early victims of yellow journalism. But they kept human beings chained and whatever else happened, that in itself is enough. (It’s a surprise more southern mansions aren’t haunted).

The paper’s tales of the torture, dismemberment, and abuse of the Lalaurie slaves inflamed New Orleans’s sensibilities. An angry mob ran the Lalauries out of town and ripped the mansion apart. The couple escaped and eventually made their way to France.

The apparitions of tormented slaves and of Madame Lalaurie have been reported in the house, as well as  moans and weeping.  Ghostly re-enactments of the fire have also been reported. People have heard shouting, doors slamming, and even the servants begging for help with putting out the flames. Furniture has moved of its own accord, and visitors to the mansion have reported feelings of oppression.

Adding to the general spookiness, some say Madame Lalaurie was an amateur occultist and a friend of the voodoo queen, Marie Leveau. The mansion was reputedly even too haunted for one of its more recent owners, the actor Nicholas Cage. You can watch him discuss his rationale for buying the home on his interview on Letterman, along with the possibility of whether he’s a vampire. (Nicholas Cage denied the vampirism).

Today’s Lalaurie house doesn’t look much like the original, and the most recent owner hired an upscale designer who played off the haunted theme. (She says she wore holy water whenever she visited the house).

The Hoodoo Detective will be released on Halloween! If you’d like to win an advance review copy, click on the link before the blurb to enter the raffle. 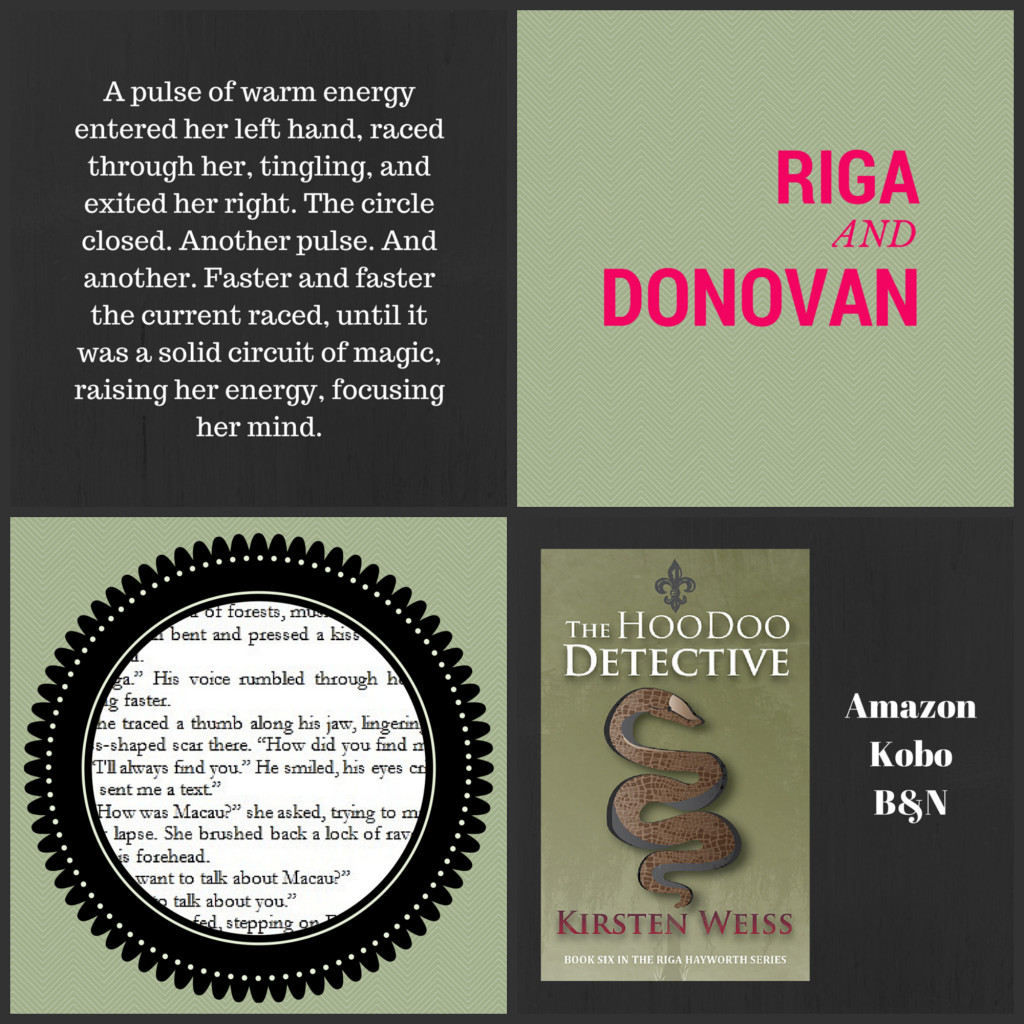 Riga Hayworth just wants to wrap up her supernatural TV series exploring the magic of New Orleans. When she stumbles across a corpse, she becomes a police consultant on a series of occult murders, murders that become all too personal.

The Hoodoo Detective is book six in the Riga Hayworth series of paranormal mystery novels.

Have you ever been inside a house that was truly haunted? I’d love to hear about it.

4 Replies : Leave a Reply →
Misterio press is dedicated to producing top quality books for mystery lovers. Whether you enjoy a traditional mystery or a splash of paranormal on the side, we aim to please. So, please browse our current mysteries and check back for new additions!