I am in the process of polishing a manuscript, so I thought I’d re-run a post that was a hit a few years ago.

It seemed appropriate to go with a post on stress!  From May, 2013:

As I mentioned in an earlier post, one of the main factors in how stressed we feel is our own interpretation of the events in our lives. With a few exceptions, a stressor isn’t a stressor until we view it that way.

This is why something can be soooo stressful to one person and someone else thinks they’re nuts for worrying about it. The interpretation of a stressor is unique to each individual, influenced by personality and past experiences.

This used to be one of my husband’s biggest stressors: 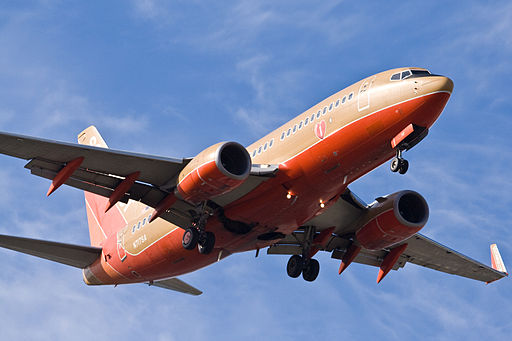 When we were first married, he was a basketcase whenever we had to fly somewhere. We had to get to the airport extra early, so he could have a couple drinks in the airport bar to brace himself. But once we were on the plane, he wouldn’t drink. This was back in the days when alcohol on the plane was free (Yes, folks, once upon a time, airlines not only fed you for free, they would get you liquored up as well. No extra charge!)

So not only did I think the man was crazy, I was pissed that he was buying overpriced drinks in the airport and then not drinking the free stuff on the plane. One day, I confronted him about this and he explained that he couldn’t drink on the plane because he had to be able to concentrate.

“Concentrate on what?” I asked.

“On willing the plane to stay in the air,” he answered.

At that point, I truly thought I’d married a madman.

I later found out, as a psychology grad student, that this wasn’t an unusual fantasy on the part of folks afraid of flying. It’s their way of taking control of a situation where they feel out of control. (As I mentioned a couple weeks ago, control is often a big factor in stress.)

Fortunately, my husband finally figured out what was going on with his fear of flying. I won’t go into details since it’s not my story to tell. Suffice it to say that he’d had some bad experiences with people being in charge who were quite incompetent. So having someone else in control of his safety made him very nervous. 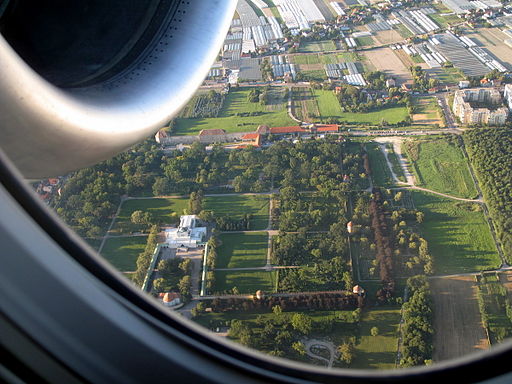 I, on the other hand, am one of those people who will run you over to get to a window seat. Then I squeal, “Look at the cute little cars and houses down there. It looks like a Christmas garden” as the plane is taking off. (My husband wears earplugs on planes; I can’t imagine why.)

My attitude is that since I can’t control whether or not the plane stays in the air, I might as well not worry about it and just relax and enjoy the ride.

Now, let’s talk about job stress. My husband handles it very well. Why? Because he doesn’t mind having bosses. He’s an easy-going guy (has to be to put up with me!) and he’s okay with someone telling him what to do as long as they’re not an idiot. And if his boss is an idiot (he’s had a few of them through the years), he just figures out how to work around the idiocy and moves on.

I, however, have no patience whatsoever for idiot bosses, and it seems like I have had way more than my share of them. Of course, the fact that my definition of an idiot boss is any boss who doesn’t leave me completely alone to do my job without any interference could be part of the problem.

Yes, I am cussedly independent! So much so that by the time I was 30, I’d decided that the only way I could function in the world of work was to be self-employed. I went into private practice as a mental health counselor. 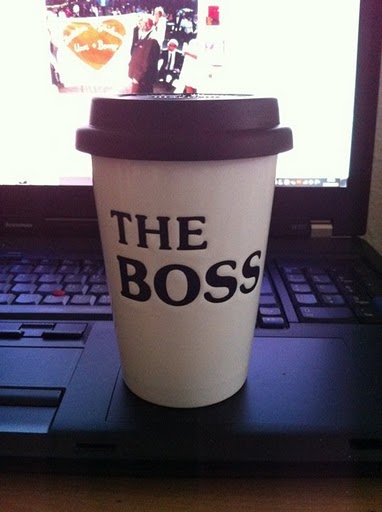 It was the best decision I ever made. For the first time in my life, I totally loved my job! There were plenty of other stressors involved in being self-employed, but they all paled by comparison to how I had felt when I was being micro-managed by others. So I was a happy camper!

Fast forward 13 years and I was starting to burn out on listening to other people’s descriptions of their stressful lives. I had done a little bit of teaching here and there and had really loved the interaction with students. So I decided to apply for part-time teaching positions at the colleges in my area. My goal was to teach half-time and cut my practice back to half-time so it wouldn’t be so stressful.

After papering the Baltimore-Washington area with my resume, I finally got a call from the psychology department at Towson University. I  liked the department chair and the whole atmosphere in the department, and I was reassured that there would be an ongoing need for my services as long as I did a good job.

Imagine my shock when halfway into the first semester I started having anxiety attacks any time I crossed paths with my department chair. Did I mention I liked him? I really did, so why was I so nervous around him? By the end of the semester, I was actually considering quitting teaching, even though I loved everything else about it.

To cut to the chase, I finally figured out that having a boss again, even one I liked, was pushing my control buttons. I wasn’t completely in charge of my own destiny anymore, as I had been for years. Indeed, when you teach college part-time your employment is completely at the whim of your department chair. He or she can choose not to hire you back the following semester and there is absolutely no recourse, because you are a contractual employee. This was the source of my anxiety, and no amount of lecturing myself about how everybody at Towson liked me and said I was doing a good job seemed to help.

After much thought, I hit on a solution, a way to reframe the situation to myself. I reminded myself that there were roughly fifty colleges within commuting distance of my home, and I should think of myself as a self-employed contractor, who was offering my expertise to these schools on a contractual basis. If I didn’t like the set-up at one school or they didn’t hire me back, I would just take my expertise elsewhere.

It worked! I felt so much better. I was able to relax and really enjoy teaching. I taught at Towson for 9 years, until my husband and I both retired and we moved to Florida. It turned out to be my favorite job ever!

Now if you’re thinking, “How silly. All you changed is how you thought about the situation,” you are exactly right. Except about the ‘silly’ part.

That’s the whole point. How we think and feel about a stressor very much affects how much it stresses us!

Back to my husband and his fear of flying for a moment. His fears dissipated dramatically when we started using a certain airline that had two things going for it. One, the crews are trained to be super friendly; the pilot stands at the door and greets the passengers as they board. Two, a friend of ours is a pilot for this particular airline and we know he’s a competent guy.

When my husband felt that those in charge of keeping the plane in the air were real people, friendly and competent like his friend, he was able to relax. Over time, his fear of flying completely disappeared. Today, he prefers flying over driving, whenever possible.

How about you? Any stressors come to mind that might not be so stressful if you were able to shift your interpretation of them?

Posted by Kassandra Lamb. Kassandra is a retired psychotherapist turned mystery writer. She writes the Kate Huntington mystery series set in her native Maryland, and a new series, the Marcia Banks and Buddy cozy mysteries, set in Central Florida.

15 Replies : Leave a Reply →
Misterio press is dedicated to producing top quality books for mystery lovers. Whether you enjoy a traditional mystery or a splash of paranormal on the side, we aim to please. So, please browse our current mysteries and check back for new additions!