The other day, I was on the phone with a friend. “That’ll get you some brownie points with your boss,” I said, in response to the story she’d just told me. After we said our goodbyes, I got to thinking about that phrase and where it came from.

Being a writer, I am fascinated by language. So my thoughts wandered on to other phrases that seem fairly innocent, but may have less than innocent origins. Curiosity took over and I did some research.

Here are four sayings that sound innocent, but maybe aren’t so much (followed by four that sound bad but are rather innocent)*:

Brownie points:
The first thing you might think of when you hear this phrase are these luscious treats. 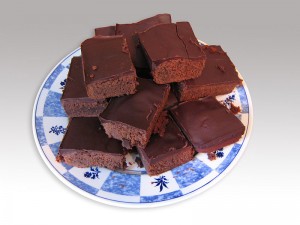 But before you start licking your lips, read on.

I’ve always heard that this phrase was related to another one: brown-noser. As in someone who kisses a certain part of someone else’s anatomy in order to get ahead (and comes away with a brown nose in the process). According to Wikipedia, my explanation is indeed one possible source of the saying. 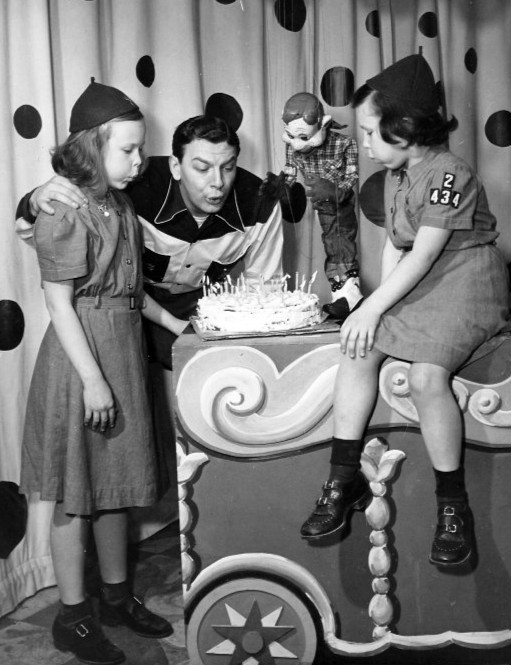 Other theories regarding the saying’s origins involve several companies that gave brown stamps or brown points to customers or employees, which could then be redeemed for prizes, bonuses and such.

And yet another explanation involves those Girl Scout wannabes in brown uniforms, or rather the pointed merit badges they strive to earn by doing good deeds.

That sucks!
This phrase has gone through several mutations through the decades.

The phrase, “Go suck eggs!” was used when you didn’t like something someone said to you. It meant go do something stupid.

(Apparently, before awareness of salmonella, people did sometimes eat eggs this way, by sucking them raw out of a hole in the end of the shell. Ick!)

When I was a kid, back in those Howdy Doody dark ages, the concept of “suck” became associated with a sexual act performed by one’s mouth. For my generation, it was equivalent to that other bad word that rhymes with it and starts with f.

But today it’s come back around to being a mild curse word, equivalent to damn or hell. You even here kids saying, “That sucks!” when commiserating with someone. And often the adults don’t even flinch (although I still do inside).

Rule of thumb
Here’s another perfectly innocent saying. We use it all the time to mean a commonly accepted way of doing or measuring something. “The rule of thumb is that blog posts should be about 800 to 1200 words.” (Yeah, I break that one a lot.) 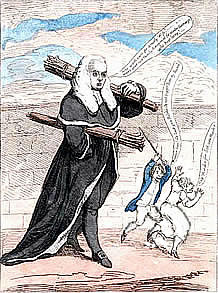 But when I looked this one up I discovered it has a violent history (that turns out to be undeserved). It’s origin is often ascribed to a ruling by an English judge in 1782 that a man could beat his wife as long as the stick he used was no bigger around than his thumb. At the time, this judge was ridiculed for this supposed ruling and dubbed “Judge Thumb.”

However, later investigations found no such ruling had been made by that judge, or any other for that matter, and the saying had been in use long before that. So this commonly accepted belief about where this saying came from is wrong. It’s actual origin seems to be unknown.

Saved by the bell
A perfectly innocent-sounding saying, right? We use it (internally perhaps) when a ringing telephone, a doorbell, or some other bell interrupts an awkward situation.

Heck, they even made a teen sitcom series by that name in the early 1990’s. 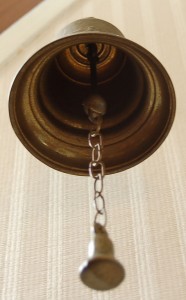 But this saying has a spooky origin. Back before modern science established definitive ways to tell that someone was dead, people were sometimes buried alive (as evidenced by scratch marks on the inside of coffins that were sometimes unearthed for a variety of reasons).

To prevent this, a bell was placed next to a new grave, with a string attached. The other end of the string was tied to the corpse’s wrist inside the coffin. A watchman was left in the graveyard the first night after a burial, so that if the person started moving inside their coffin the bell would ring and they would be saved.

Now here are four sayings that sound shady, but actually came from something quite innocent*:

By hook or crook:
We say this today to describe someone who is willing to achieve a goal by any means, honest or not. But this phrase comes from a very honest practice in England in the Middle Ages. Forests belonged to the royalty and commoners were not allowed to cut down trees in them. But the poor could legally gather already dead wood for firewood. They were even allowed to knock or pull limbs from the trees ‘by hook or crook’ as long as the limb was already dead. 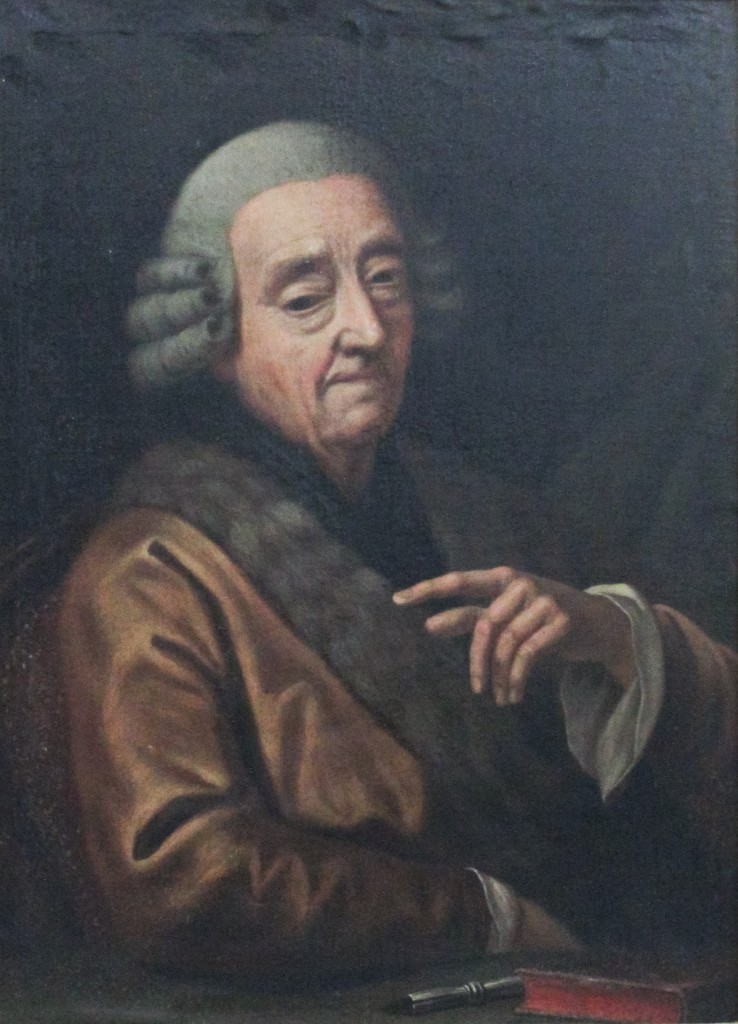 (This is actually a self-portrait by Antoine de Favray, so he probably didn’t charge himself an arm and leg for it. But I couldn’t resist the wandering hand.)

It will cost you an arm and a leg:
When you hear this saying, don’t you imagine a merchant dismembering his/her customers?

But this comes from a long-ago practice by portrait painters of charging for their work by the number of limbs to be portrayed in the painting (arm, hand, or leg), because these are the body parts that are particularly difficult to draw and paint.

Thus the tendency for old portraits to show people hiding some of their limbs (Like this fellow. Where is that hand headed anyway? And notice how he’s pointing the other way with his other hand. “Don’t notice my right hand; it’s not doing anything interesting, honest! Just look this way!”)

Gossip:
Okay, this is a word, not a saying, but when I stumbled on its origins, I had to share it with you.

Long before the invention of modern media, politicians had no way of knowing how their constituents really felt about the events of the day. So they would send their assistants out to the local pubs to drink with the common folk and listen in on their conversations. These young men would be instructed to “go sip ale” and bring back the latest word from the man on the street.

And last but not least, my favorite:

Cold enough to freeze the balls off a brass monkey:
Back in the day, cannons were the main weapon of defense for forts and ships. 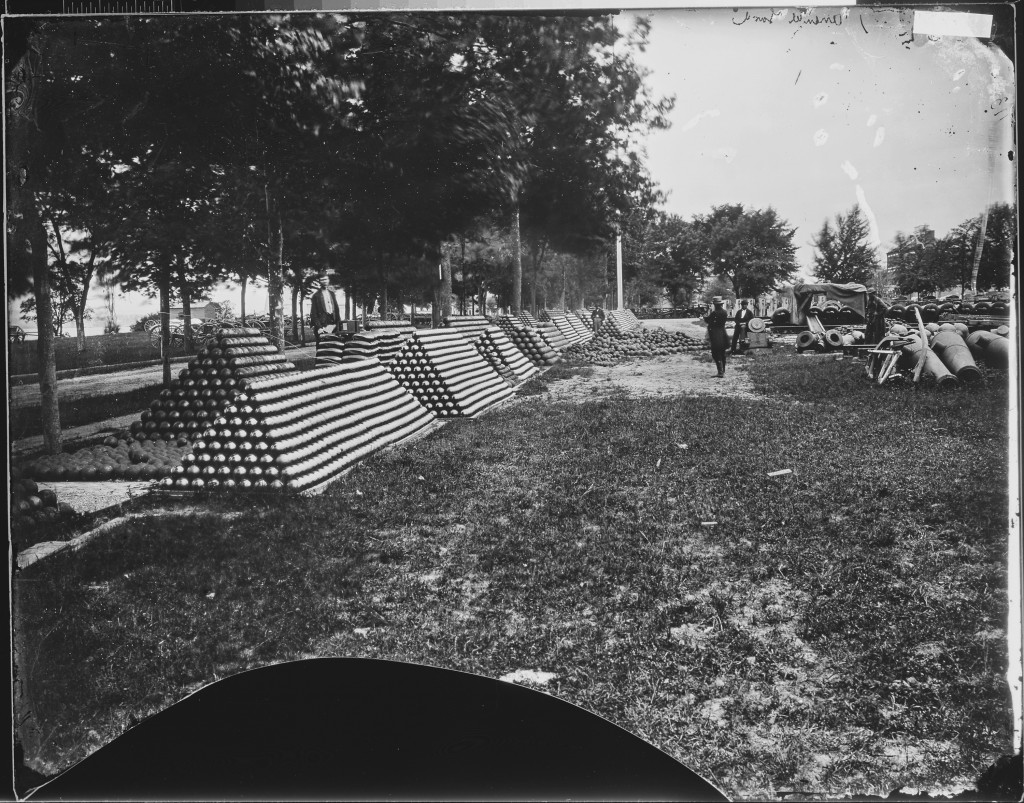 Have you ever wondered how they kept cannonballs in those neat little pyramids? It wasn’t easy.

On a rolling ship, it was particularly difficult, until some bright soul came up with an idea. Brass plates were secured around the bottom of the pile, with rounded indentations for the iron cannonballs of the lowest layer to rest in. These plates were called “monkeys” for some reason.

There was only one problem. Brass contracts faster than iron at freezing temperatures. So when ships sailed in colder climes, the iron cannonballs would pop right out of their brass monkeys.

*Disclaimer: I make no promises about the accuracy of the origins of these sayings. There’s a limit to how much research I’m willing to put into a just for fun post. 😉

If you’d like to find more odd sayings, and their origins, check these out:
http://listverse.com/2010/08/15/10-sayings-and-their-strange-origins/

What’s your favorite saying? Do you know where it comes from?

16 Replies : Leave a Reply →
Misterio press is dedicated to producing top quality books for mystery lovers. Whether you enjoy a traditional mystery or a splash of paranormal on the side, we aim to please. So, please browse our current mysteries and check back for new additions!