Have you ever wondered about the origin of April Fool’s Day? The most popular theory is it began in France in 1582 when the Gregorian Calendar was introduced, and New Year’s Day was changed from March 25 – April 1 (new year’s week) to January 1.

Apparently it took a while for everyone to get the news or even accept the change once they did hear about it. Those who stuck to celebrating the new year on April 1st were considered fools and opened themselves up to all kinds of practical jokes, like invitations to fake New Year’s parties. 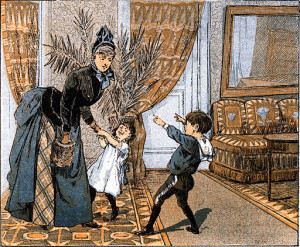 Each country now celebrates April Fool’s Day in their own way. In India, they smear colors on each other; in Portugal they throw flour on each other and in England they play small pranks but only before noon. It’s considered bad luck after that. We here in America play practical jokes on our friends and family throughout the day.

I’ll share one of my favorite practical jokes that didn’t actually happen because nobody could stop laughing long enough to make the phone call.

My mom is a big bird lover. When she lived in North Carolina she hung lots of bird feeders in her yard, full of seed for them. Unfortunately, hungry and determined squirrels also shared her yard and no matter what she tried; she couldn’t stop them from getting into the feeders. Until one day, she got so fed up she bought some traps and began trapping them. Every day she would catch squirrels and drive them to the local park where she would rehome them. 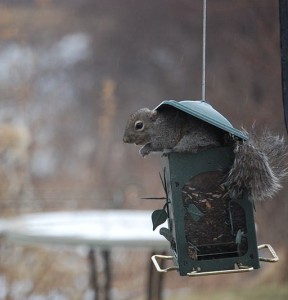 My husband thought it would be hilarious to have someone call her, acting as a game warden and tell her that she’s been seen dumping squirrels in the park. Unfortunately, she would have to pay a fine for each squirrel she dumped or take back thirty squirrels from the park. I’m not sure how stunned my mother would have been to get this call because the guys at work he tried to get to make the call couldn’t stop laughing every time they picked up the phone.

So, how about you? What’s the best joke you’ve played on someone for April Fool’s Day? Or has someone really got you good? Please share!

3 Replies : Leave a Reply →
Misterio press is dedicated to producing top quality books for mystery lovers. Whether you enjoy a traditional mystery or a splash of paranormal on the side, we aim to please. So, please browse our current mysteries and check back for new additions!