I’m thinking about making this a regular Just for Fun Friday series, fashioned after the very funny Renee Schuls-Jacobson’s Tingo Tuesdays, and I’m starting it on a Wednesday. (If you’re thinking I’m a little confused about what day it is, you could be right.)

Renee takes some unusual word from some language other than English (she gets them from a book called The Meaning of Tingo by Adam Jacot de Boinod) and then she invites people to tell stories from their lives around the idea/concept that word refers to. Okay, it’s actually a lot more fun than I just made it sound.

Here’s my variation. Many other languages have emotion words that are far more descriptive than their English counterparts. Now don’t get me wrong, I love the English language. After all, it is my bread and butter, so to speak, as a writer.

But let’s face reality here, English is not always strong on emotional nuances. So I thought it would be fun to look at some emotion words from other languages.

Now, my first thought was that English is not so great at describing emotions because of it’s Germanic roots, because, I’m ashamed to say, I was stereotyping Germans as rather all-work-and-no-play, unemotional types.

Boy, was I wrong. I went looking for some German emotion words and immediately found two that are pretty cool.

The first one you all might remember from the Volkswagen commercials quite a few years ago. Das Fahrvergnügen is pleasure in driving–that combination of mild excitement and relaxation that someone like me, who loves to drive, may often feel behind the wheel.

When we say, “I am content,” that can mean anything from “I, your boss, have decided not to fire you just yet, because you did okay today” to “I’m pretty happy right now, in a low key kinda way.”

When a German says, “Ich bin gemütlich,” s/he is saying “Boy, it really, really feels good to hang out with friends and have a few drinks, after a long day,” or maybe “I am so happy to be curled up here by the fire with a good book and a glass of wine.” 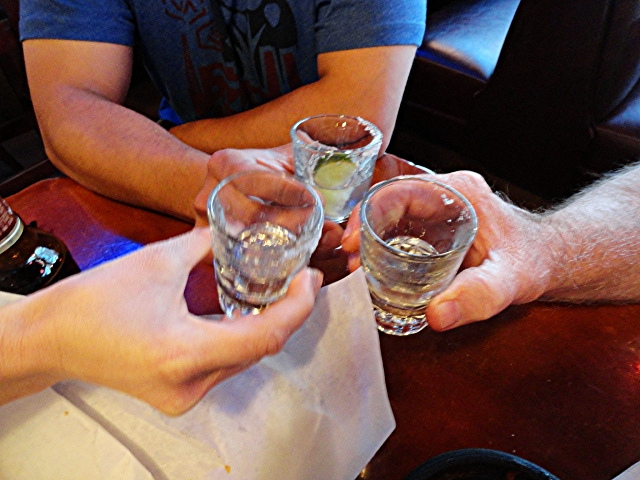 When do I feel  die Gemütlichkeit? Hmm. Definitely when I give myself a whole afternoon off to just stretch out on my screened-in porch with a good book. Another element in the gemütlich-ness of this scene is the tall privacy fence around our backyard. It’s a little oasis, tucked away from the world. Just me, a glass of iced tea and my kindle. *sigh* 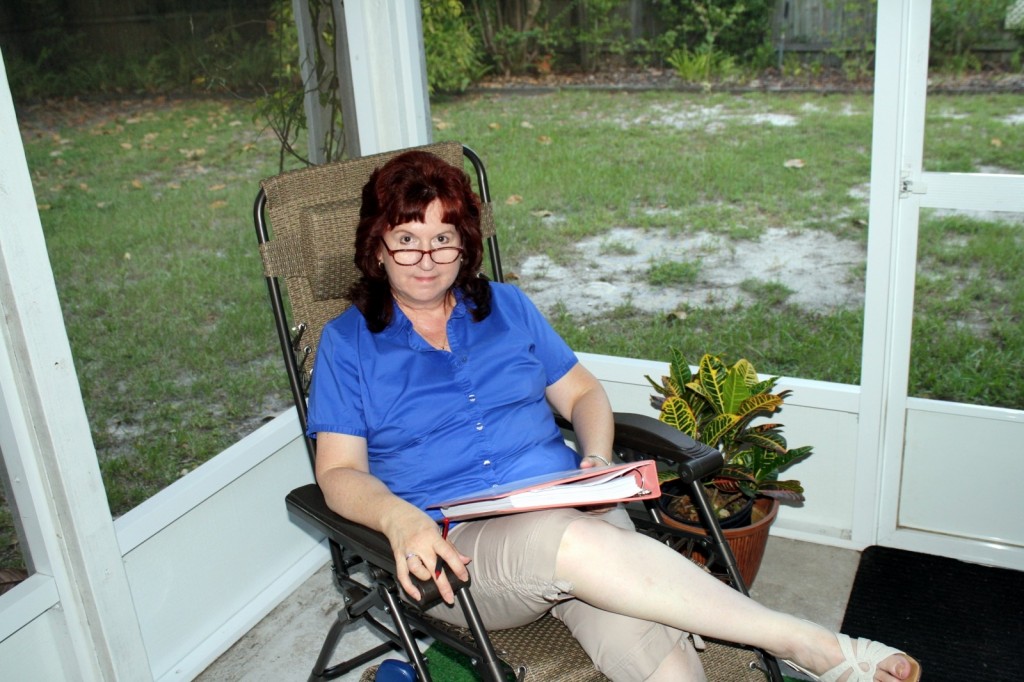 Yeah, I know my lawn is pathetic. Florida soil just does not grow grass well!

Another gemütlich moment is Friday date nights with the hubs. He started this over two decades ago and it is still one of his best ideas ever. He stops on his way home on Fridays and gets something extra nice to fix for dinner (he’s chief cook at our house), plus a good bottle of wine. The rest of the week we chat a little while wolfing down our dinner, then go back to our separate activities afterward. But on date night, we linger over dinner, focused on each other. Then we have another glass of wine while watching a video. We pick a TV show we like and rent or buy the DVDs so we can watch the series from beginning to end, one or two episodes each Friday night. (Currently we’re watching Criminal Minds; I know, only a mystery writer could find CM gemütlich.)

Now is the point where Renee asks folks to comment, and the comment she likes best she rewards by featuring that person, with a link to their blog/website, in the sidebar of her website for a month. Well, that’s not gonna work for me, because that would require that I actually know how to add things to the sidebar of this site. I’m a techno-idiot. It’s all I can manage to put up a post.

So I will have to forego a ‘prize’ to reward commenters. Unless you all can think of one that doesn’t cost anything (and keeping in mind that whole techno-idiot thing)?

So when do you feel gemütlich rather than just content?