With the decadence of Mardi Gras upon us (and the sugar-coma of Valentine’s Day fresh in our minds), a post solely dedicated to chocolate seemed appropriate. Our fascination with this particular food item is older than you might think. Enjoy!

It’s hard to imagine a world without chocolate, isn’t it? But how and when did folks first discover it?  Was it always the sweet dessert we know it to be? 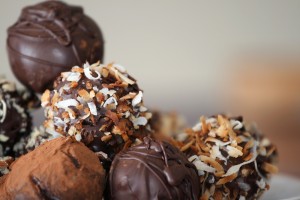 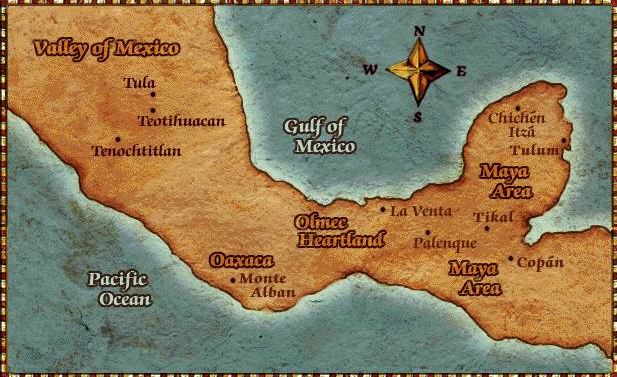 Chocolate was initially consumed in beverage form.  Some scholars put its use as far back as the Olmecs (1500-400 BCE), even earlier than the generally-acknowledged Mayans (250-900 CE), and Aztecs (14th CE).  Both Mayans and Aztecs used it in their sacred rituals – including cheering up sacrifice victims too depressed to dance in their own pre-sacrifice “celebrations.”

In fact, the Aztecs valued cacao beans as currency.  According to early documents, three cacao beans could get you a turkey egg (source: Cornell University).  Cacao wafers were also issued to soldiers, to be dissolved into beverage form when needed. It was considered fortifying on long campaigns. 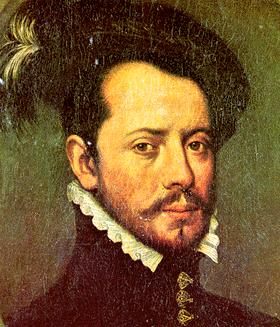 In their travels/take-overs, Spanish Conquistadors were introduced to chocolate (although Cortez considered it a “bitter drink for pigs”) and brought it back to Spain.  Once modifications were made, with the addition of  sweeteners, vanilla, and other flavorings more familiar to the European palate, the beverage became popular among the wealthy class in Spain.  It was also considered somewhat medicinal in nature.  But it wasn’t until the 17th century that it seemed to catch on throughout Europe.

The 19th century: chocolate changes from beverage to candy

We have the Swiss and the Dutch to thank for developing processes whereby the fat content of chocolate was reduced (and some of it added back, in the form of cocoa butter), and the resulting product could be molded more easily into bars and discs.  At first, this was intended to make it easier to dissolve into water or milk as a beverage, but the smooth, aromatic sensation of eating the resulting solid form of the chocolate made it quickly appealing.

We also have the British to thank for passing the first legislative standards for chocolate in 1860, which kept commonly-used adulterations such as brick dust (I kid you not) out of our chocolate!

Ghirardelli, Guittard, Cadbury, Lindt, Hershey, and Nestle (who invented Milk Chocolate) – all were chocolate makers who furthered the quality of chocolate in the 19th century, through various mechanical processes.  The sources below have more info about them, along with other fascinating facts.  Check them out!

Smithsonian: A Brief History of Chocolate

In the spirit of Mardi Gras and chocolate decadence, here’s a favorite chocolate recipe of mine.  It’s a cross between cocktail and decadent dessert (even reading about it may be fattening, LOL).  My hubby made them for a murder mystery party we hosted a while back, and they were a big hit:

from the Bartender’s Pocket Guide 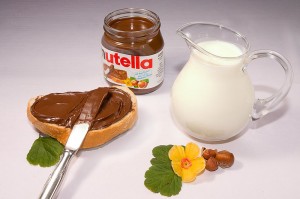 A special salute to the passing of Italian confectioner Michele Ferrero, son of the inventor of Nutella, Pietro Ferrero. Michele coined the term “Nutella” for the spread his father concocted to get more mileage from the scarce cocoa available (there was a shortage during WWII). The company is also responsible for Tic-Tacs and Ferrero-Rocher truffles (among other products). Ironically, or fittingly, he passed away on Valentine’s Day, the holiday best known for chocolate.

What are your favorite forms of chocolate, or do you think chocolate is wa-a-ay too fussed over?  I’d love to hear from you!

Posted by Kathy Owen (aka K.B. Owen). Kathy is a former English professor with a PhD in 19th century British literature. She is currently raising three boys and working on Book 4 in the Concordia Wells series of historical cozy mysteries.

21 Replies : Leave a Reply →
Misterio press is dedicated to producing top quality books for mystery lovers. Whether you enjoy a traditional mystery or a splash of paranormal on the side, we aim to please. So, please browse our current mysteries and check back for new additions! 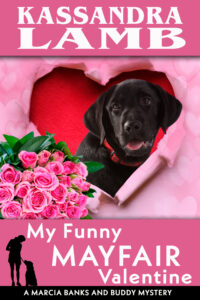 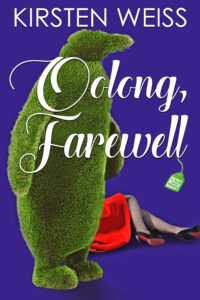