Have you ever seen an ugly child?

I haven’t seen very many. And the few I have seen, who happened to be less than beautiful, were still adorable! Because they were sweet innocent children, doing cute innocent little kid things.

Unfortunately all too many kids lose that innocence, and are left feeling ugly inside, at an all too tender age.

This post is part of the Beauty of a Woman Blogfest  (see August McLaughlin’s site on Feb. 22nd for the list of other posts, and a contest!) In this Blogfest, there are tender posts, funny posts and more serious posts like this one–all intended to help women learn to honor rather than judge themselves and their bodies. 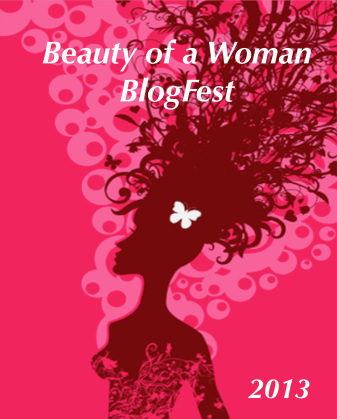 But why do women need this ego boost? Where did all this harsh judgement of ourselves get started? There are several potential causes for such poor self-esteem, but the most horrendous of these possible causes is child abuse.

Whether in the form of verbal, physical or sexual, nothing but nothing says to a child that they are worthless quite like being abused does. Especially if that abuse is perpetrated by a loved one, as it all too often is.

Here are the kinds of comments I’ve heard from survivors of abuse through the years*:

Of course it was my fault that my mother drank. She told me so every day.

How could I not see myself as fat and gross when my father’s nickname for me was Miss Piggy.

It had to be something about me that made my mother beat me; she never touched my siblings.

When I reached puberty, I stopped eating. I didn’t want the boys to look at me like that. I wanted to disappear. I didn’t think I was even worthy of something as basic as food.

These sound like extreme cases, but they’re far more common than one might think. Here are some statistics from the National Children’s Alliance:

And these are only the reported cases. Quite a few incidents of abuse still go unreported. I should also point out that abuse doesn’t just happen in poor families. Abuse is an equal opportunity phenomenon. It cuts across all socioeconomic and racial lines.

How To Move From Victim to Survivor

The first step is to acknowledge that, if you’ve made it to adulthood, you are strong. You are already a survivor.

This was an incredibly powerful lesson for me. I was one of those unreported cases. I came into adulthood with self-esteem somewhere around minus 10. But there was a strength in me, a will to survive that had me going from therapist to therapist, trying to bring that number up.

I was in my early thirties, on the third or fourth therapist, when I finally acknowledged that I had been an abused child. That therapist was not a trauma specialist but he knew enough to correct me every time I called myself a ‘victim’ of abuse. “Survivor,” he would say in his quiet but firm voice, no matter what I was in the middle of saying. It used to piss me off sometimes, when he’d interrupt my train of thought.

Once I had sliced through the denial and other defenses I had wrapped around those memories of abuse, I realized how much now made sense. Including my low self-esteem.

Step two is coming to realize that the abuse was not our fault.

Children are by nature egocentric. They assume that it’s all about them, because they don’t know any differently yet. This egocentrism is actually helpful. It allows us to discipline them. When we punish them, they assume they did something to cause that negative reaction.

But when bad things happen to or around them that are not about their behavior, they also assume responsibility for causing those events. We’re most familiar with this reaction when we hear young children saying they were bad and that’s why Mommy and Daddy are getting divorced.

So the abused child assumes that s/he did something to cause the abuse/neglect. “I must have done something. I must be a bad person.”

No you did not and no you are not! You were an innocent child. When an adult verbally or physically attacks or sexually molests a child, it is because there is something wrong inside that adult. 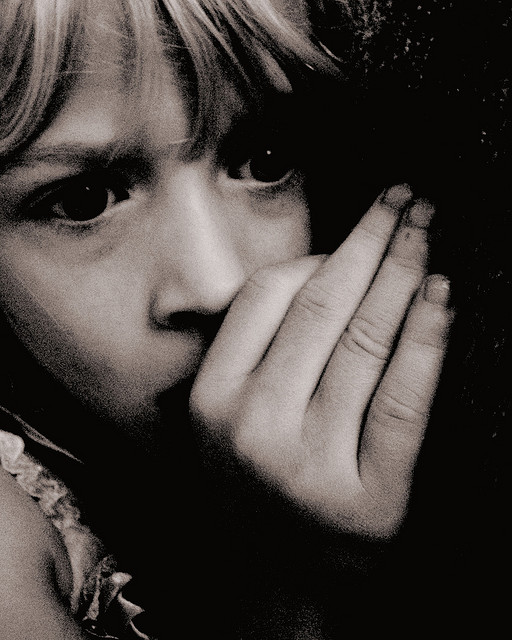 Why abusers abuse is a complicated topic. The short version of the explanation is that most often they themselves were abused as children. They are projecting their own self-blame and self-hate onto their victims. They are re-enacting their own abuse out of ignorance and/or a sick need to reclaim their sense of power that was stolen from them, by taking on the role of the powerful abuser (this applies to all kinds of abuse).

Now before I get accused of parent-bashing, let me point out that this isn’t about blaming anyone. It’s about understanding what really happened. Most parents, even fairly abusive ones, love their kids. And a lot of bad parents are that way out of ignorance rather than malice. They don’t know how to appropriately discipline their children without doing serious harm to the child’s self-esteem.

The bottom line: it’s not the child’s fault if s/he was abused. There is no behavior a child can do that deserves name-calling, shaming, beatings or molestation as a response.

Recovery is doable, and so worth it!

I am living proof of this!

The rest of the steps of recovery are a bit too complicated to get into in a blog post, but they are doable steps. And every survivor of abuse owes it to themselves to take those steps. It is extremely helpful to find a good therapist, preferably a trauma recovery specialist, to walk the path with you. But if you can’t afford that, there are free resources and support available. Below are some sites to check out. 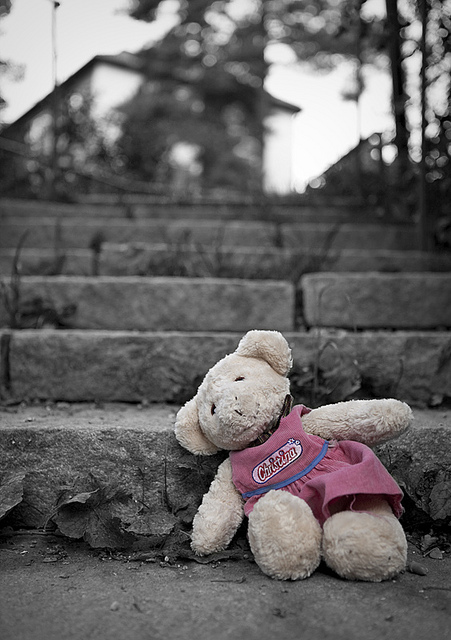 If you’re thinking this is too hard, and the outcome too unlikely to be that much of an improvement, let me set you straight. Yes, it’s hard. But as one of my clients so aptly put it, “I’ve already been through hell as a child. Going through it again as an adult has got to be easier.”

And the outcome can be wonderful. Even though I’ve gone through a lot of pain in my recovery process, the majority of my adult years have been good ones. And I am now (and have been for over two decades) one of the most confident people I know, with one of the best attitudes toward my body of most women I know. I now have the good life I always deserved, that every woman deserves.

So please, if this post has resonated for you, if you’re realizing that you may be a survivor of child abuse–even if the perpetrators didn’t mean to harm you–then please get the help you need to heal.

Because you are a strong and beautiful person, and you deserve a good life!

By all means, comment below, but also please go check out the other BOAW Blogfest posts.

Links to resources that can help:

[*These were not direct quotes from actual clients (that would violate confidentiality) but rather similar to things abuse survivors often say.]

42 Replies : Leave a Reply →
Misterio press is dedicated to producing top quality books for mystery lovers. Whether you enjoy a traditional mystery or a splash of paranormal on the side, we aim to please. So, please browse our current mysteries and check back for new additions!