I had intended to finish my stress management series today, but in light of the events in Boston last week, I’m going to do a variation on that intended post. 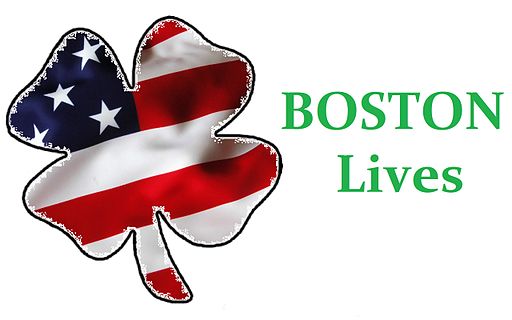 The post I had planned would have talked about how our cognitive and emotional interpretation of an event makes a huge difference in how stressful that event is for us. I will talk more about that topic soon.

One of the biggest factors in that cognitive/emotional interpretation is how much control we feel we have over a particular stressor and its impacts. We human beings hate to not be in control. I would venture to say that feeling out of control is the worst feeling we can experience. It scares the bejeezus out of us!

We will even sometimes blame ourselves for a negative event that wasn’t our fault, just so we can have some feeble sense that we could have controlled the outcome if we’d just realized what was coming. (If I’d gone a different route that day, the car accident wouldn’t have happened.) For even a horrible feeling such as guilt is preferable to facing the reality that the event was truly beyond our control.

Another pitfall when we are running from that reality is to blame others, especially those in authority. Right now the country is united in its grief and sorrow for the victims of the Boston Marathon explosions and their families. But I know the reports will start on the TV news soon… the investigations, the demands that “they” do something to keep this from happening again.

Do what? Stop having marathons? Or football games, or golf tournaments? Cordon off the entire area and not let anyone be nearby, so there is no one on the sidelines cheering the participants on? But what’s to stop some nutcase (and make no mistake about it, these men were nutcases who were using their religion for their own sick purpose) from planting a bomb the night before, or the week before?

Of course, “they” should do what they can–increase security, bring in the bomb-sniffing dogs, etc. But the reality is that some nutcase could, at any moment, disrupt your life or mine and bring tragedy into it because of their own twisted agenda.

So what should we do about that? Exactly what the citizens of Boston are doing! Going about their business, refusing to give in to fear.

We cannot always control what happens to us. We can control how we lead our lives. If we lead with fears about what might happen, then the terrorists and nutcases have already won! If we refuse to give in to that fear and live our lives to their fullest every moment, than we are having the best life we can have in an uncertain world where not everything is controllable.

Now don’t get me wrong, it’s not a bad thing that we humans want to be in control. That may be the single most driving force behind our progress as a species. And we have a lot more control over our environments and our destinies than we once did. 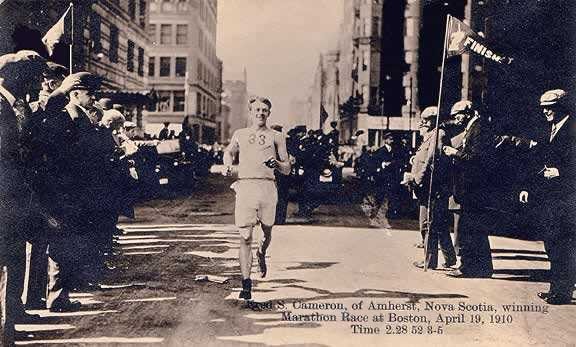 The winner of the 13th Boston Marathon in 1910, during a time when people routinely died of pneumonia because antibiotics had not yet been discovered.

But I do wonder sometimes… Has the control that science and technology’s given us over so many once uncontrollable things led us to a false belief that we should somehow be able to control everything?

I doubt that will happen, at least in our lifetimes, and probably never. We really need to come to grips with the reality that we cannot control everything, such as hurricanes and lunatics. But we can control how we respond to the natural disasters and the fanatics who intentionally create unnatural disasters. We can band together as the people of Boston have so heroically exemplified.

And we can yell, “Boston Strong!” from the rooftops. And never let fear win! 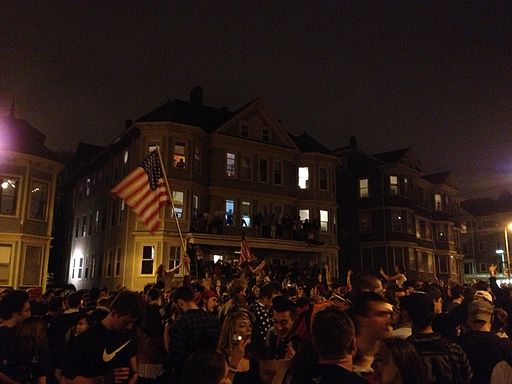 Celebration in Boston after the capture of the 2nd suspect (photo by Grk1011 — CC-SA-3.0, Wikimedia Commons)

On a lighter note, if you’ve been wondering why I haven’t been around much for the last week, it’s because I was in Maryland painting our summer place up there (with the help of my wonderful brother). I promised pictures so if you hop over to my website, you can see the transformation of my shabby shack into a cute cottage (it looks like mint chocolate chip ice cream with chocolate syrup on top 🙂 )