To celebrate the release of the 4th book in her Islands of Aloha mystery series, JoAnn Bassett is going to share some fun stuff about (and great pictures of) Hawaii, the setting of her novels and her home for many years. Each book in her series features a different island, or section of an island.

Take it away, JoAnn!

We all know Hawaii is a unique place. It is the only state that can claim to have no straight line border anywhere along its perimeter–because it is all islands, 137 of them to be exact.

What I think is most fascinating, however, is that within Hawaii the eight major islands are each unique to themselves. We mainlanders tend to think of the Hawaiian Islands as pretty much all the same. But each of the islands has its own distinct style and vibe. Just for fun, let’s look a bit at each of the eight.

O’ahu is often the first island you think of when you think of Hawaii. Made famous by the TV show, Hawaii Five-O, it is the seat of the state government and home to about seventy percent of the state’s population. 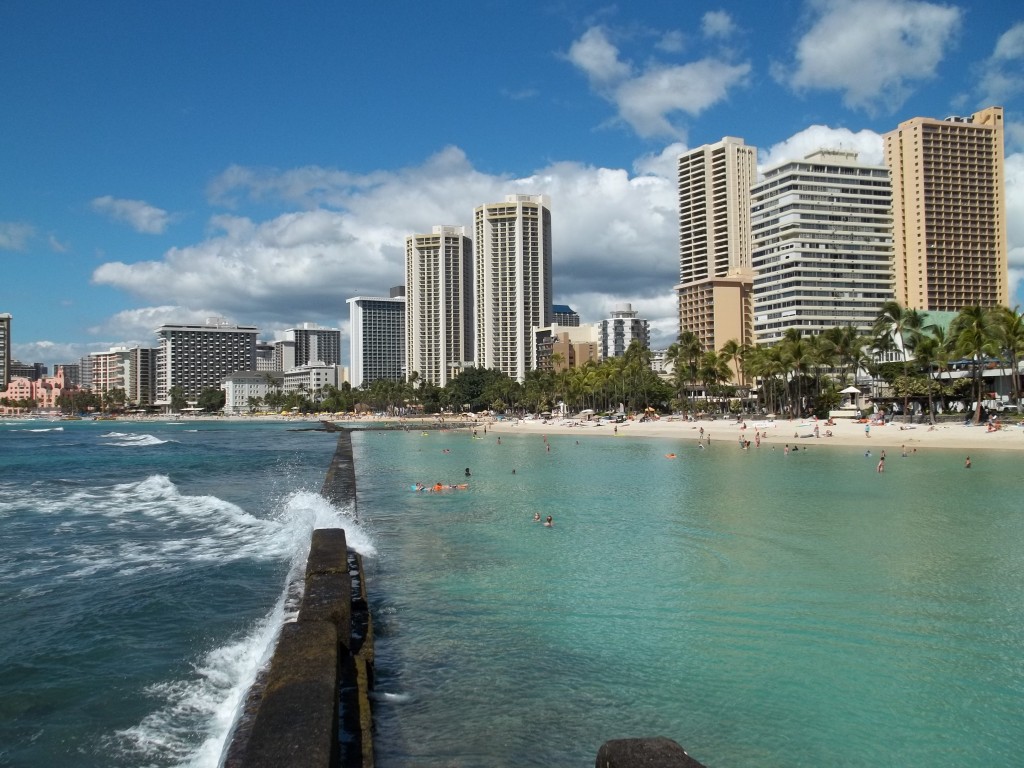 The skyline of O’ahu

Honolulu, the state capital, is the largest city in the world – literally. Because of a quirky clause in the Hawaii state constitution, any of the 137 islands that does not belong specifically to another county automatically belongs to Honolulu. As a result, the city of Honolulu is about 1,500 miles long–longer than halfway across the 48 contiguous states!

Maui hosts the most visitors of any of the Hawaiian islands. It’s home to Haleakala, the world’s largest dormant volcano, and the vintage whaling town of Lahaina. So many celebrities own property and visit the island every year that seeing someone “famous” isn’t uncommon. Oprah Winfrey has not one but two homes on Maui. Most visitors stay and play on the West Side, where resorts sit cheek to jowl along the coastline and the economy is nearly one-hundred percent tourism. 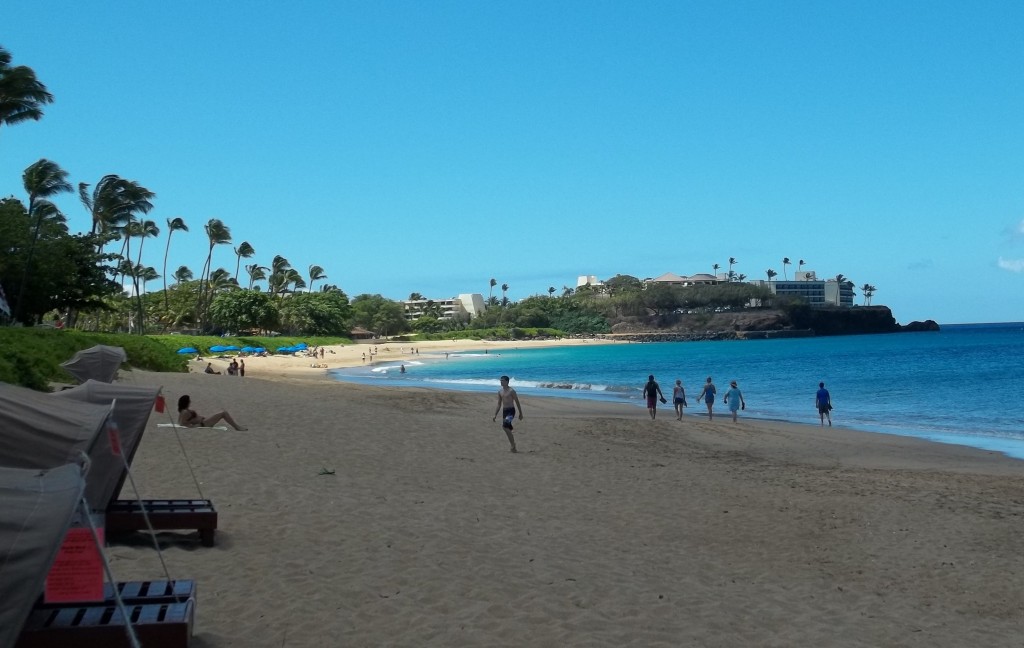 Ka’anapali beach on the island of Maui

Maui boasts the world’s most loved beach, Ka’anapali, and many of the destination weddings in Hawaii are performed on this island. My wedding planner protagonist, Pali (pronounced Polly) Moon, is based on Maui. The first two books in the series, Maui Widow Waltz, and Livin’ Lahaina Loca, showcase this popular island.

Hawaii is referred to as the Big Island. Much confusion is sparked by one of the major islands having the same name as the state itself. It’s sort of like New York and New York City. But unlike New York, the Big Island does not host the state’s most famous city.

On the Hilo side, the Big Island is very local, laid-back and tropical. This side is the gateway to Volcanoes National Park, a lush surreal landscape of steaming vent holes bordering a massive moonscape of lava. 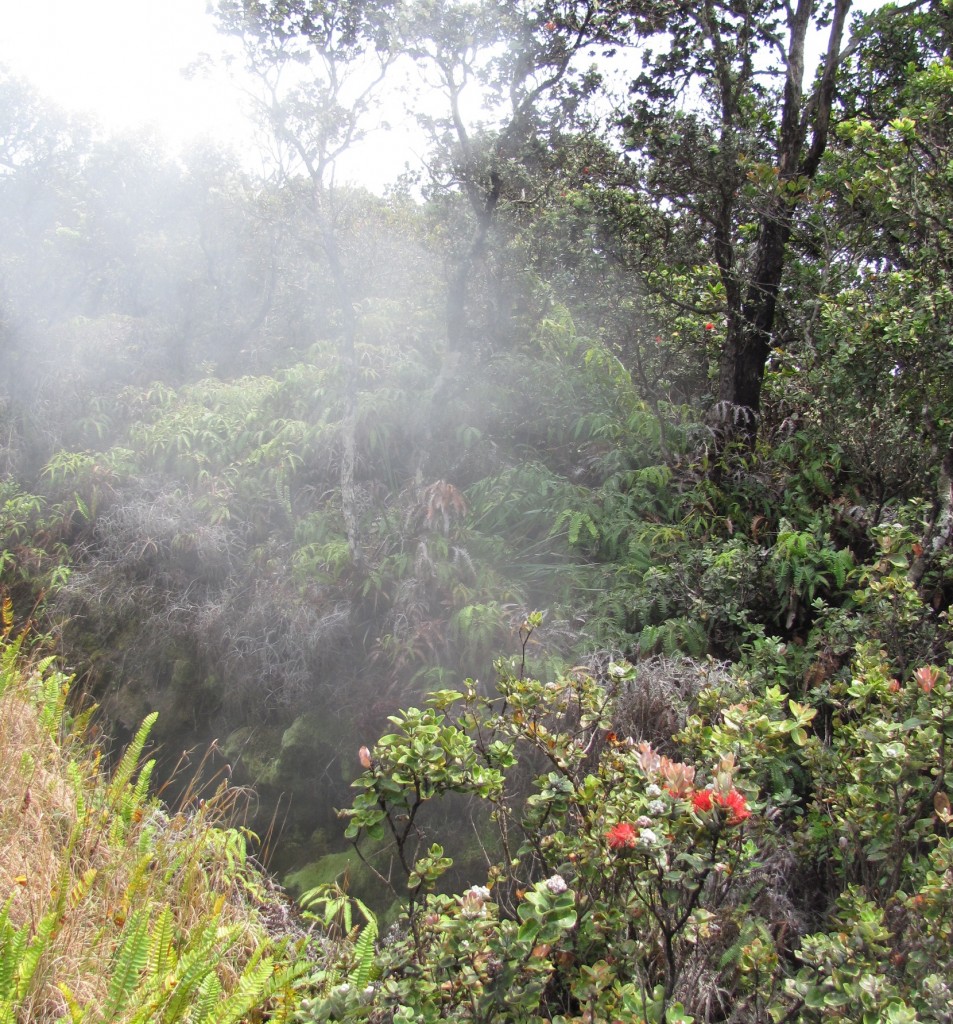 A steam vent on the Big Island

On the Kona side, the dry side, large resorts have been built along the Kohala Coast to the delight of sun worshipers and golfers. The Big Island also grows many of the crops the state of Hawaii is known for: coffee, macadamia nuts, and orchids, to name a few.

Lana’i also has a confusing name. The word “lanai” in Hawaiian means a porch or balcony. But the name of the island of Lana’i has three syllables instead of two—lah-na-ee, as opposed to lah-neye. This small island is almost totally owned by one man, Larry Ellison, of Oracle software fame. Although the island used to be covered in pineapple plants, the pineapples are all gone now. 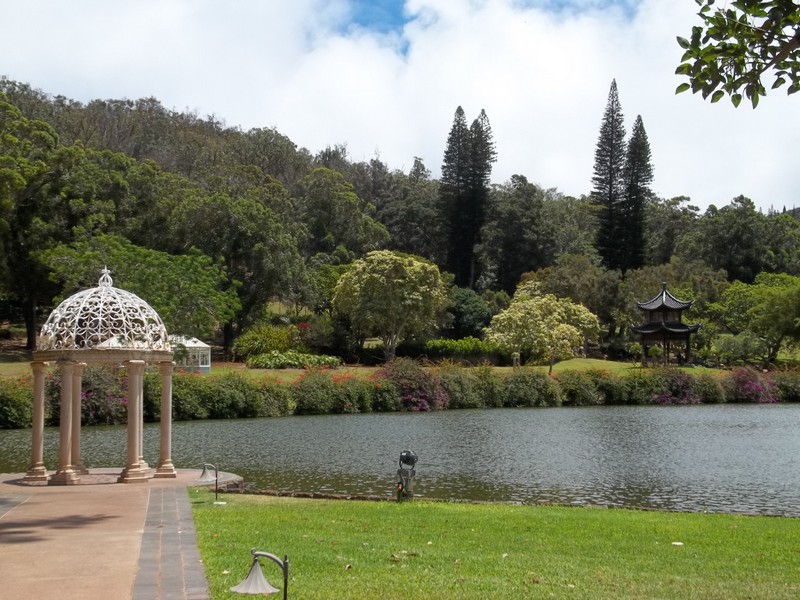 A resort on Lana’i

Due to some unfortunate events at the end of Livin’ Lahaina Loca, Pali finds herself in Witness Protection on Lana’i in the 3rd book of the series, Lana’i of the Tiger.

Kaua’i is the fourth largest of the Hawaiian islands. It is home to the Waialeale Mountain, that averages 488 inches of rain per year and is considered the wettest spot on earth. Called “The Garden Isle,” Kaua’i is green beyond imagining. The sunny south side, anchored by the town of Poipu, is where most visitors stay. Waimea Canyon, sometimes referred to as “the Grand Canyon of the Pacific” is a stunning red, brown, and tan gorge that appears out of place in the lush surroundings.

The North Shore town of Hanalei is where Peter Yarrow of the group Peter, Paul and Mary wrote their famous song about marijuana, Puff the Magic Dragon. That gives you some idea of the vibe of the place. In the 1970’s, a hippie enclave called Taylor Camp was located there. 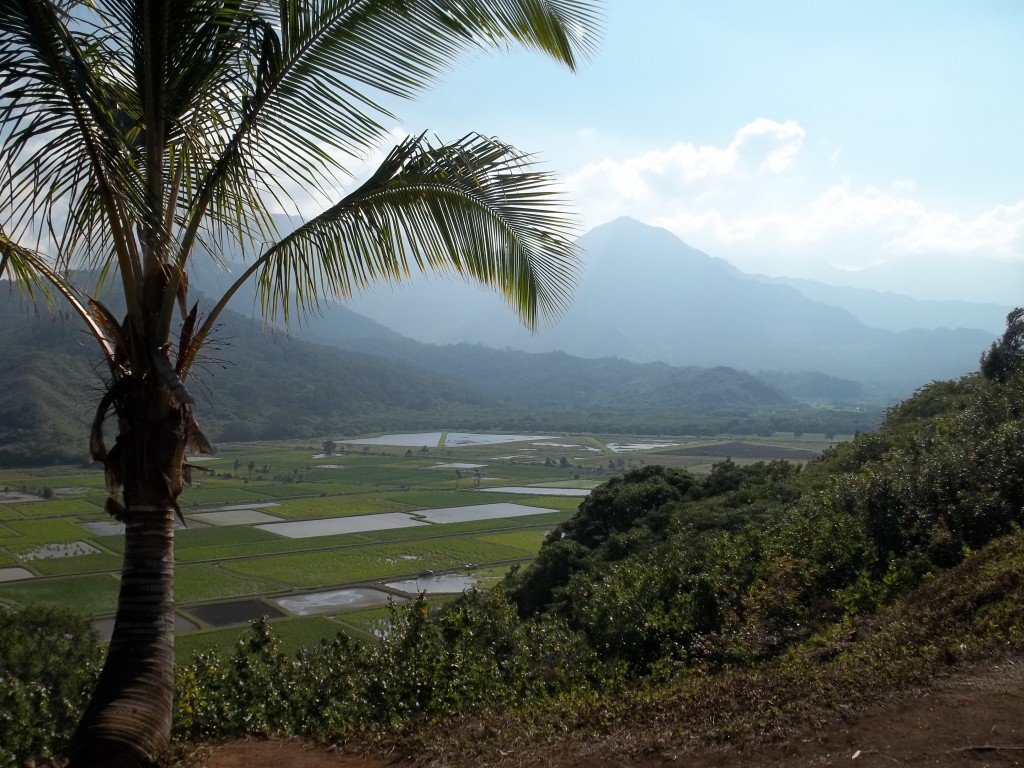 A valley on the island of Kaua’i.

In my new release, Kaua’i Me a River, Pali spends a lot of time on this island, trying to find out what happened thirty years ago, when her hippie mother died under mysterious circumstances.

Molokai is considered the most “Hawaiian” of the islands that are accessible to the public. It doesn’t have much tourist development and the locals live a quiet laid-back lifestyle. It’s an everybody-knows-everybody kind of place.

The east end of the island is very wet—getting some 240 inches of rain in a year. Most people remember Molokai as home to Kala’aupapa, the place where people suffering from leprosy (now called, Hanson’s Disease) were sent to live in isolation. One of the Catholic Church’s newest saints, Father Damien, died while helping the inhabitants there.

Ni’ihau island is smaller and privately-owned. Only some 200 people reside there. They live in the traditional ways—speaking Hawaiian and without using modern conveniences. Non-residents cannot come on the island, except by invitation or by obtaining one of a very limited number of hunting permits.

Kaho’olawe is the smallest island of the major eight, only 45 square miles. It is a sore subject in Hawaii. Once an inhabited island, for decades it was used for bombing practice by the U.S. military. Groups are trying to restore the island but it will take time and money to erase its sad past.

I hope you’ve enjoyed this armchair tour of Hawaii. If you like all things Hawaiian as I do (or if you just like a good whodunnit), please check out my Islands of Aloha Mystery Series. 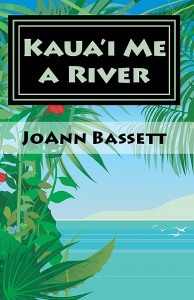 It’s her thirty-fifth birthday, but Maui wedding planner Pali Moon is doing her best to ignore it. Then she receives a letter from a lawyer in Hanalei, Kaua’i, requesting her presence at a meeting to discuss an ‘urgent family matter.’ The letter brings Pali’s Kaua’i past rushing back—her birth at a hippie enclave on the North Shore in the 1970’s; her father deserting the family never to be heard from again; and, worst of all, her mother’s tragic death when Pali was only five. What could a Hanalei lawyer possibly have to say that would be worth dredging all that up again? But curiosity and devotion to her mother’s memory win out and Pali heads to Kaua’i. What she discovers on The Garden Island not only rewrites her history but also alters her future.

Posted by JoAnn Bassett. For several years, JoAnn lived in an oceanfront home on Maui, but her husband wasn’t the island rat that she is, so now they live mostly in Southern Arizona. She travels to Hawaii throughout the year, and enjoys writing about life on “the most idyllic islands in the Pacific.”