Maintaining a Healthy Relationship during A Pandemic (Plus our October Contest)

I was thinking that a post about maintaining a healthy relationship during a pandemic would be helpful right now. So I went looking through our archives for inspiration. I found one post I did four and a half years ago that was so good, I decided it was best to re-run it, with some modifications, rather than write something new.

The key to maintaining a healthy relationship (during a pandemic or any time) is respect. But truly respecting someone is more subtle and harder than it sounds.

RESPECT in Relationships — Why Is It So Hard?

I read an article almost five years ago—a blog post by a guy named Matt—and I think he has absolutely nailed the main problem in most modern relationships, even those in which the partners would say they are “happy.” His post went viral and within weeks it had over 3,000 comments.

The title is: She Divorced Me Because I Left Dishes By the Sink. And I highly recommend that you pop over there and read it after you finish this post.

Sadly, only about half of those 3000 commenters actually got what Matt was really saying.

Some people thought it really was about the dishes. How could his wife divorce him over something so trivial? Others came down on her side, calling him a slob who expected his wife to be his maid.

All this despite the fact that he points out that it wasn’t about the dishes. It was about the lack of respect he was showing her, when he refused to change a minor habit–that of leaving a glass by the sink instead of putting it in the dishwasher–and when he tuned her out every time she complained about this minor habit.

The one mistake I think Matt made in his analysis was conceptualizing it as a gender difference issue. I don’t think it is, or at least not completely so.

Most of us, male or female, have a tendency to dismiss something as unimportant unless it’s important to us, or unless we can readily understand why it’s important to someone else. It’s perfectly natural to judge the importance of something through our own filters.

But when we commit to loving another person, we have to make a conscious effort to understand what’s important to them. And if we can’t understand, that does not change the reality that it IS important to them. We still need to respect that if we want to maintain a healthy relationship.

And there are going to be at least some things that are important to one partner but not the other.

For most of his life, my husband was a long-distance runner. When we were first married, I didn’t get why this activity was important to him. I asked him why, and he couldn’t really give me a good answer. “Because it feels so good when I stop,” was what he said. Huh?

He ran at lunchtime a couple of times a week, and that was fine. But on the weekends, he used several hours of our potential time together pounding the asphalt. And I spent those hours resenting his absence.

And then his father died of a massive heart attack. My husband quit smoking and increased his running to every day. And I stopped resenting it, because now it made sense to me why it was important.

Today I know that his father’s heart attack was only a catalyst for the increase in running. It wasn’t why it was important to my husband. Like all athletes, he enjoyed challenging his body, and he liked the endorphin high after a good run (the “feels good when I stop” feeling). I, on the other hand, do not get the athletic mindset at all; I exercise because I know I have to in order to stay reasonably fit and healthy.

Okay, so the key problem is not all that gender related. Maintaining a healthy relationship is about each partner respecting what is important to the other.

So why is it that all too often marital arguments are about the guy doing/not doing something that annoys his wife?

Here’s the part that is gender related, but it’s not some mysterious, inherent difference in how we see or feel about things. It comes back to socialization, how each gender has been taught to interact with the world and others.

These are generalizations, so of course there will be exceptions.

But in general, women have been socialized to care about maintaining their homes’ nice appearance. Who’s the one who is apologizing for the mess (often imaginary) when we drop in on a couple?

Probably the woman, because she feels that how the house looks is a reflection on her.

Men care about their homes, but in different ways. Its size and value reflect on how good a breadwinner he is. And he wants to be comfortable in his home, to be able to relax there after a long day.

Also, men, in general, have been socialized to tune women out when they are “nagging” about something that the man deems to be trivial. They are modeling their fathers, who tuned out their wives, and who modeled their fathers before them.

Most women don’t start out nagging, by the way.

First, they ask. Then, they gently point out. Then, they point it out a little more strenuously. (The man will have no conscious memory of these earlier attempts to get him to comply because he tuned them out.)

Eventually women begin to nag, letting their irritation show more and more. And sometimes, like Matt’s wife, they stop loving this man who can’t seem to hear that it’s a simple thing to put a glass in the dishwasher, rather than leaving it on the counter.

She resents—maybe without even being consciously aware of the resentment—that he seems to care so little about what is important to her.

So why does this not happen as often in the other direction? Why doesn’t the man start to resent when the woman doesn’t get what’s important to him? He very well might, and justifiably so, but the end result may be different.

Because there are some other gender factors involved here.

She may not have the right reason, as was the case regarding my husband’s running, but she has a reason that makes sense to her. So she lets it go, or maybe even supports the activities that she once resented (by buying him new running shorts when his old ones get ratty 😉 ).

Let me add one more thought. Change is hard.

Even though these actions may seem like a small thing to you, it’s hard to change a habit, so cut your mate a break if s/he seems to be trying.

And if you’re the one trying to correct some little thing that annoys your mate, and you slip up, try not to get defensive if they nag. Instead, try these magic words: “I’m sorry, dear. I’m trying to do better.”

Remember, it is NOT about the dang glass! It’s about whether or not s/he feels heard and respected.

(Please do go read Matt’s post now; it gives some details from the male perspective that I found surprising and enlightening! But I’d advise against reading the comments; most just confuse the issue.)

Your thoughts on maintaining a healthy relationship? Are there things, even little things, that are important to you or your mate that the other just doesn’t get?

And Here is Our October Contest:

One entry just for being you, and two more if you comment on this or any other misterio press blog post. Here are the prizes: a cute Halloween wax warmer, wax tarts with a spooky Stephen King theme, and 4 books. 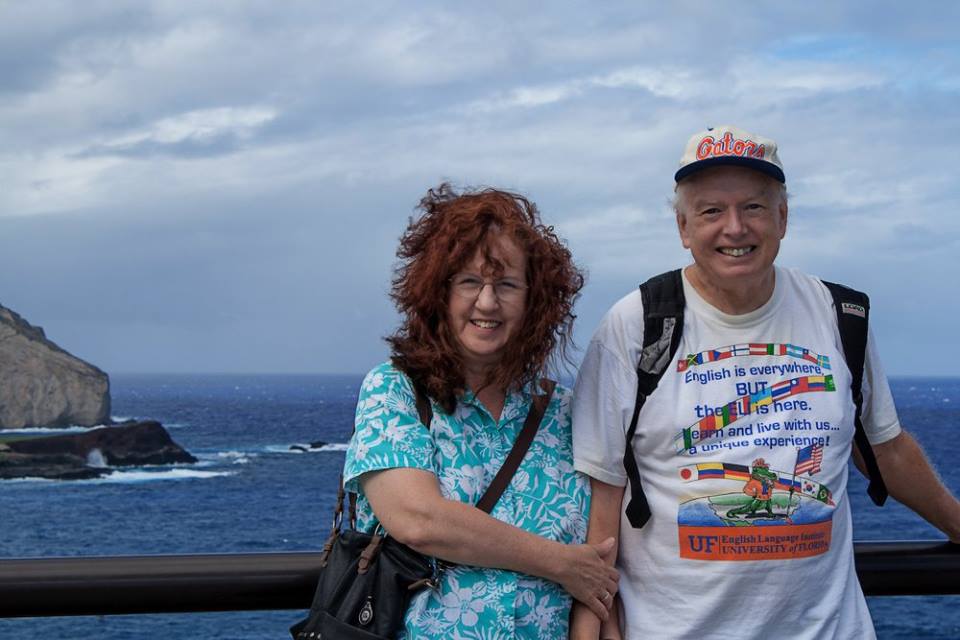 Oh, Another Thing… (And Hawaii Pics!)

Random Moments That Change Our Lives (And a Contest!)