Family Dynamics in Fiction (And Our Contest)

Family dynamics make fascinating fodder for us fiction writers. Even in mysteries, where the main plot revolves around whodunnit, we can weave in some interesting aspects of our characters, based on their pasts and the often complex dynamics in their families of origin.

The main character in my new story, Marcia Banks (pronounced Mar-see-a, not Marsha) has always described her relationship with her mother as “basically good.” That is, until Mom falls in love with a Florida sheriff. She unexpectedly leaves her home state of Maryland to take up long-term residence in Marcia’s guest room, while she and the good sheriff work out the details of their new life together.

And Marcia discovers that she doesn’t really know her mother as well as she thought she did:

…..“Honestly, Marcia, I think you see me as some two-dimensional cutout that’s still standing on the sidewalk back in Maryland, hand raised in a wave, as you drove off in that ratty old van.”
…..“That’s not fair. I see you as a person.”
…..“Do you?” She shot me an exasperated sideways glance.
…..“I do. It’s just that I thought you were more…” I trailed off, trying to find a word for prudish that wasn’t insulting.
…..“People don’t stop growing and changing in their senior years.” Her voice was still huffy. “All that stuff about you can’t teach an old dog new tricks is hooey.”
…..“I know,” I said, though I honestly hadn’t given it much thought before now. I’d assumed that Mom was Mom and would always be the same.
…..It was a tad disconcerting to realize that might not be the case. Who was this woman sitting in my passenger seat?

Excerpt from My Funny Mayfair Valentine

Slowly, Marcia and Mom work toward a better understanding of each other and a more adult-to-adult relationship (while also trying to figure out what gives with the mysterious newcomer to Mayfair who’s dating the town’s “favorite daughter”).

In Kirsten’s new release, Oolong, Farewell, Abigail Beanblossom is dealing with a more blatantly dysfunctional relationship with her narcissistic mother, who abandoned her at age two in order to seek “spiritual enlightenment.” Most of the time, she can ignore her woo-woo mother, but now she has returned to town and is staying with her grandfather.

At her tearoom, Abigail receives a phone call from her Gramps:

…..“Hi, Gramps. How are you doing?” My chin dipped, my chest squeezing, because I knew my mother was driving him crazy. I just didn’t know what I could do about it.
…..“You’ve got to get out of the tearoom,” he said. “Now.”
…..I stiffened. “What? Why?”
…..“She’s on her way. I’m sorry, Abigail. I couldn’t stop her.”
…..My blood ran cold. I didn’t need to be told who she was. My mother.
…..“I don’t know what’s gotten into her,” he continued. “I think… I think you may be her new spiritual quest.”
…..“What?” I yelped.
…..“I know it sounds nutty,” he said, “but she had an odd look in her eye over breakfast when she was talking about you.”
…..My heart gave an odd lurch. “Oh?”
…..“And she threw out all the milk and replaced it with that soy stuff. And she replaced my favorite peanut butter cereal with nuts and twigs. It’s supposed to be healthy, but it tastes like sawdust.”
. . . .
…..I leaned against the cool, concrete wall. “Aside from the milk and cereal, how are things going? With her in the house, I mean.”
…..“The incense burns Peking’s eyes. She knows we hate incense.”
…..Peking was his pet duck. I wasn’t sure if ducks could smell, but I knew Gramps hated incense.
…..I shut my eyes. “Look. If you need a break. She can stay at my place.” Because the only thing worse than the thought of spending time with my mother was the thought of my mother breaking my grandfather.
…..“No,” he said manfully. “It’s okay”….

..…“My mother’s on her way to the tearoom.”
..…“Seriously? That takes some brass. No offense,” he added quickly. “It’s bad form to criticize other people’s relatives. But… what are you going to do? I know I said you should rip the proverbial bandage off, but I also know it’s not that easy.”
..…“No, it isn’t.” I slumped in the seat. I’d have to face her someday. Just… not today.
…..“Do you think it’s possible she wants to make amends?”
..…“For abandoning me at the airport when I was a toddler?” I rapped out. How do you make up for that? “No, I don’t. I don’t care how much self-actualization she’s gone through. There’s no coming back from that.” My panicked grandparents had raced to collect me while my parents flew to India. I hoped my parents had at least hit turbulence.
…..Hyperion was quiet for a long moment. “But what if there was a way? What if she could come back from it?”
…..“There isn’t, and she can’t.” But my heart pinched. A tiny part of me wanted to believe it was possible. I mentally gave that part of me a swift kick in the butt.
…..This happened every time my parents came back. I’d get my hopes up that they’d changed, that things would be different, that they wanted me. And every damn time I’d been disappointed.
…..I wasn’t going through all that again.

Between their efforts to clear a friend of a murder charge, Abigail continues to struggle with a concept that she gets intellectually, but is having trouble applying emotionally. That forgiveness is not about the other person, it’s for one’s own mental health.

Over to you all – As a reader, how do you feel about family dynamics in fiction, especially as subplots in mysteries?

Here are the blurbs and PREORDER links for the books…And don’t forget to enter out contest below!

Abigail Beanblossom is finally getting into the groove of her new Tea and Tarot room. But in Abigail’s mind, when things are going right, that’s exactly when they’re about to go wrong.

She never could have guessed, however, that the mother who abandoned her as a child would suddenly return, looking for tea and sympathy. Now, all Abigail wants is to escape. So, when her grandfather’s friend, Archer, asks Abigail and her partner Hyperion to investigate the murder of his neighbor, the two amateur sleuths leap at the opportunity.

Abigail suspects Archer’s fears of arrest are a tempest in a teapot. The victim’s been renting out his mansion for noisy events and bringing the entire neighborhood to a boil. And the old money and nouveau-riche suspects are as plentiful as they are quirky.

But when Archer becomes suspect #1, Abigail and Hyperion must steep themselves in the fraught world of upper-crust homeowners associations and Instagram stars. Because this cockeyed killer is just getting started…

(Tearoom recipes in the back of the book.)

My Funny Mayfair Valentine, A Marcia Banks and Buddy Mystery, #10

A newcomer to Mayfair charms the socks off of Susanna Mayfair, the sheltered niece of the town’s elderly matriarch. In a panic, the aunt turns to service dog trainer Marcia Banks to dig into the man’s past.

What Marcia finds, with her detective husband Will’s help, is disturbing—a trail of broken hearts and outstanding warrants. But when the older gentleman is arrested, he claims it’s a case of mistaken identity.

While Will attempts to untangle the truth and Susanna struggles with her feelings, Marcia is worried about her friend’s mental health, unaware that Susanna may be in physical danger as well. Will Marcia figure it out in time to protect Susanna…and herself?

And don’t forget to Enter Our September Self-Care Contest HERE!

Know No Evil, Write No Evil? 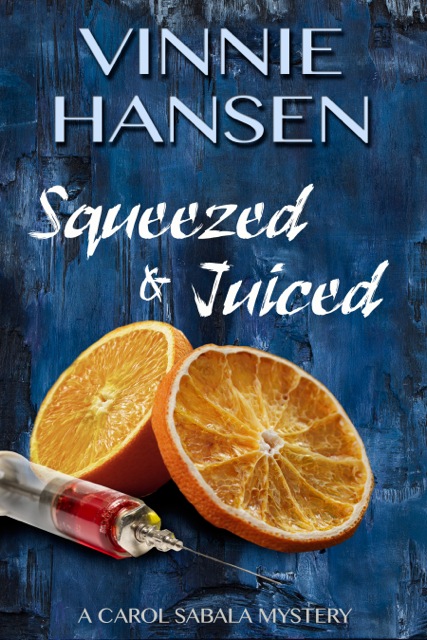 Who Are The Guppies? (plus New Releases)