Overachiever Angst! (And a New Release)

I fell into the pit this year. In early January, it seemed perfectly reasonable to me that I could finish the Kate Huntington novel I was drafting, write another service-dog novel and then a novella I had planned for that series, and get all of those stories edited and published in order for the novella to be released around July 4th, since that story involves Independence Day.

Just reading back over that sentence is exhausting, much less actually doing all that. But I was determined to try.

So the deadlines were set…

The Kate book would come out some time in May, The Sound and The Furry would be released in mid-June, and A Star-Spangled Mayfair would come out on or before July 4th.

I made the first deadline; Police Protection came out on May 24th. The other two deadlines…not so much.

Which brings me to the point of this post.

Overachievers have trouble adjusting goals. Even goals that are self-inflicted (yes, I have chosen that word intentionally).

It was a downright painful decision to slide those other two deadlines. But it finally dawned on me that once the Independence Day novella is out, people will be reading it at all different times of the year in the future. It is an integral part of the series and the character’s ongoing stories. So its relevance is not limited to the time period around July 4th.

And as long as it came out during the summer “beach-reading” season, even this year’s readers probably wouldn’t mind that they are reading about July 4th on, say, July 24th.

Why did I do that to myself?

Why did I set myself up for overachiever angst by taking on more than I could possibly get done?

I used to do this kind of thing more often. I would almost always over-estimate how much work I could get done in a given amount of time and/or under-estimate how much work a project would require. I’ve gotten somewhat better and don’t make these miscalculations quite so often anymore, so I’m looking at this as a moderate setback in my recovery as an overachiever.

I think I also set these kinds of goals sometimes to create a challenge for myself. Let’s see if I can do this? That challenge can be stimulating, but it can also be a set-up for disappointment, when I can’t meet the nearly impossible goal.

I’ve gotten better at forgiving myself though, when I have to adjust a goal.

What Drives Us Overachievers?

In my younger years, I was trying to prove something to myself and the world. I had to be the “best” at everything I did. I got past that when it dawned on me that it was okay to not be the best at things I didn’t care all that much about.

It’s okay for me to be a mediocre cook and a less than stellar housekeeper, for example, since those are not high priorities for me. But I still tend to put a fair amount of pressure on myself to be the best I can be when something is important to me.

And that’s what convinced me to slide my self-imposed deadlines. My writing is very important to me. I did NOT want to produce inferior stories, just to get them out by a certain date. So I decided to push through my overachiever angst and make some adjustments.

The Sound and The Furry is releasing today. Yay!! And A Star-Spangled Mayfair is tentatively scheduled to come out on July 23rd. I hope to have it available for preorder soon. (Covers and blurbs below.)

How about you? Do you tend to be an overachiever, an underachiever, or (the sanest position) somewhere in between? What do you think is driving those tendencies for you?

The Sound and The Furry, A Marcia Banks and Buddy Mystery, #7

Service dog trainer Marcia Banks had thought it was the perfect arrangement—stay on her client’s private Gulf-coast island and get the human phase of the training done more quickly, while enjoying a much-needed break from the chaos of house renovations back home.

This certainly wasn’t the tranquil getaway she’d envisioned, however. Two resident ghosts, a sour-puss housekeeper and bearing witness to her client’s shaky marriage are bad enough. But within days, she’s discovered even deeper and darker layers of dysfunction.

Via emails and static-filled phone calls, fiancé Will Haines convinces her to get herself and her dog Buddy out of there, but before Marcia can accomplish this, a late-season hurricane abruptly changes course and strands them on the island… with a murderer.

And coming very soon… A Star-Spangled Mayfair, A Marcia Banks and Buddy Novella (#8) 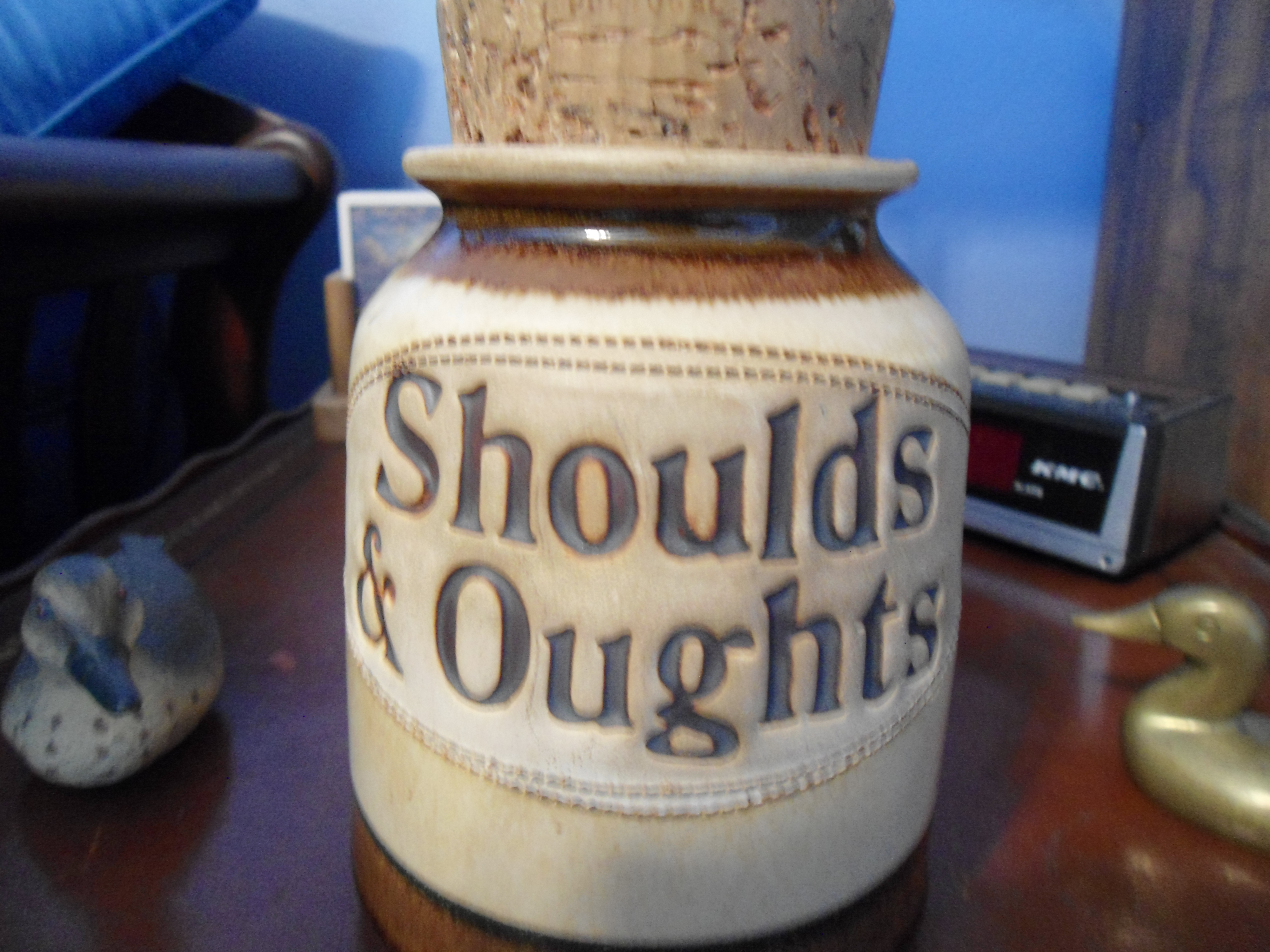 Do You “Should” On Yourself?

Men Do, Women Process (an encore)

DDPP: Surviving the Stress of the Holidays (and a Contest!)