Kirsten Weiss is one of our more prolific authors and has several series going. Three of them are intertwined in that they are all set, more or less, in the same world—the fictional town of Doyle.

One of these, The Doyle Witch Supplements, are romantic suspense stories “written” by one of the main characters in the Witches of Doyle series, Karin Bonheim. (Isn’t that an awesome idea?)

Karin/Kirsten has a new release coming up in two days, Shaman’s Bane. Scroll down to check it out! Available for preorder now.

And to help readers keep the characters straight, she made a cool infographic. So for Witches of Doyle fans (or graphics geeks who just like infographics), ta da… 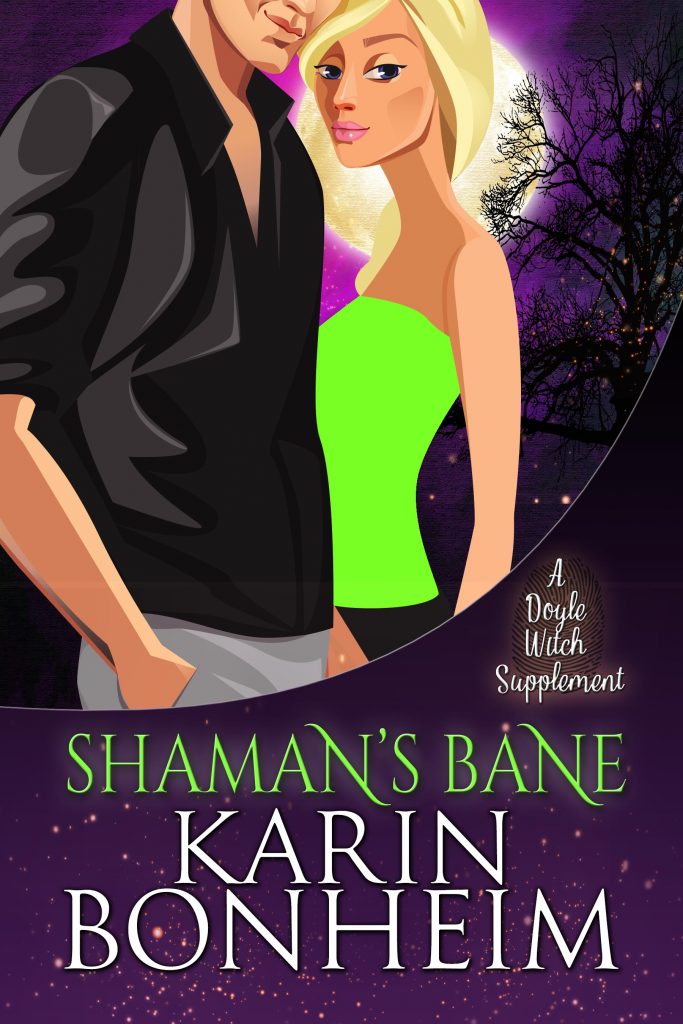 And here is Shaman’s Bane, Book 2 in the Shamans and Shifters series

Katherine never expected to become a shaman for a pack of werewolves, but when she needed a place to shelter for a while, it seemed her best option. But now the pack leader who recruited her has been murdered and every alpha in the pack wants her to pick his replacement yesterday. To top it all off, she desperately wants to give in to her desire to have scorching sex with Dean, the late leader’s son and her boss. Nope, nothing complicated here…

The only thing Dean wants more than finding his father’s killer is to make love to Katherine. In a tree, on the beach, bent over his desk at the bar where they work. But she’s holding something important back, even as their lives—and the pack—are threatened by the murderer.

Currently available for preorder on AMAZON, Kobo, B&N, and iBooks

Karin Bonheim is a fictional romance writer and witch who inhabits the world of Kirsten Weiss’s Doyle Witch Cozy mystery series: Bound, Ground, Down, and Spirit on Fire. 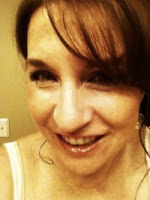 Kirsten Weiss is the author of the Riga Hayworth paranormal mystery series: The Metaphysical Detective, The Alchemical Detective, and The Shamanic Detective. Kirsten worked overseas for nearly fourteen years, in the fringes of the former USSR and deep in the Afghan war zone. Her experiences abroad not only gave her glimpses into the darker side of human nature, but also sparked an interest in the effects of mysticism and mythology, and how both are woven into our daily lives. Now based in San Mateo, CA, she writes paranormal mysteries, blending her experiences and imagination to create a vivid world of magic and mayhem. Kirsten has never met a dessert she didn’t like, and her guilty pleasures are watching Ghost Whisperer reruns and drinking good wine.

4 thoughts on “A Cool Infographic from Kirsten Weiss (and a new release!)”