Ever had a house guest you thought would never leave?  You may have just experienced this over the recent holiday season. 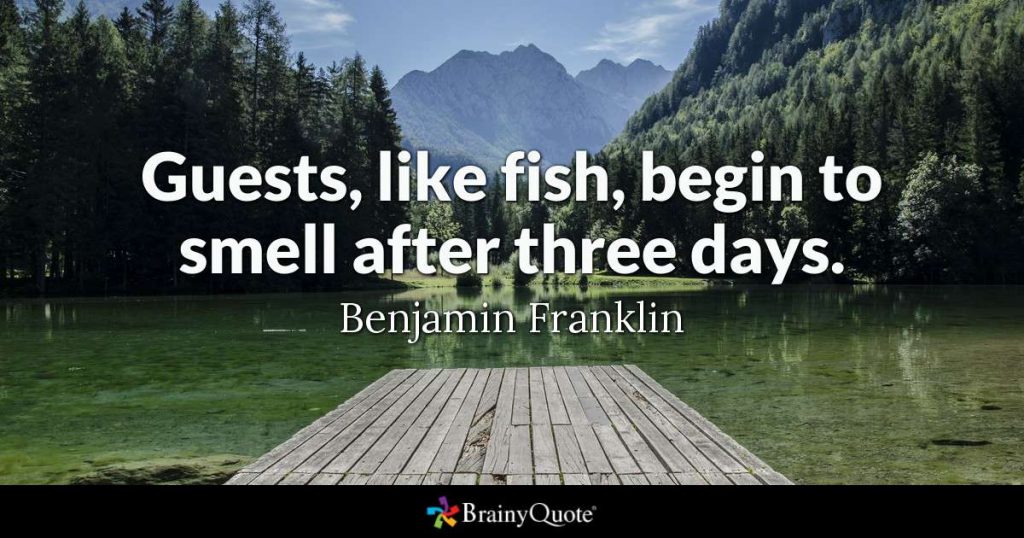 taxing.  According to Psychology Today, it’s normal to feel stressed when you put someone up. Even someone you love dearly!

This is due to the shift in control from us to our guests. They are essentially in charge, and we do anything and everything we can to please them.

This lack of control in a place that is usually our domain (home) can cause tension. And that doesn’t include the strain that naturally occurs when you throw another personality (or two or three) into the mix.

Then there are the changes to our routine. Even if you say you hate routine, there is a contentment found in having things the way they always are. When normal is out of whack for long enough, you guessed it–stress.

My protagonist, Jade Blackwell, experiences more than her fair share of house guest high jinks in her latest adventure, Murder Over Medium. Jade, who dearly loves her routine, is at her wit’s end within hours of her 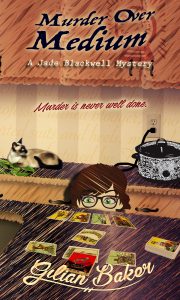 Gwendolyn hasn’t been straightforward about her visit. For example, Jade doesn’t know until Gwendolyn shows up that she’s no longer a religious studies prof…now she’s a psychic medium.

The visit that is only supposed to last two days goes on and on…thanks to a murder in the village. A murder Gwendolyn prophecies during a seance held at Jade’s dining room table. By the time it’s all said and done, Jade is ready to kill someone herself.

If only Gwendolyn would have read these etiquette tips from Emily Post about being a good house guest before she came to visit! 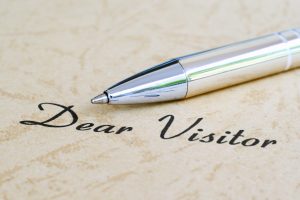 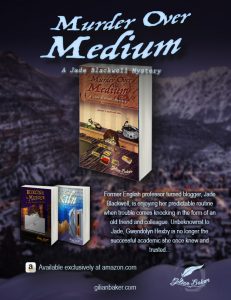 Want to find out how Jade deals with this intrusion while still managing to solve a murder? Grab your digital copy of Murder Over Medium today!

Former English professor turned blogger, Jade Blackwell, is enjoying her predictable routine when trouble comes knocking in the form of an old friend and colleague. Unbeknownst to Jade, Gwendolyn Hexby is no longer the successful academic she once knew and trusted—she is now following a new calling as a psychic medium, a contentious career that flies in the face of the logic and deductive reasoning Jade values.At first, Jade welcomes the visit, but things soon turn bizarre as Gwendolyn brings only disorder, danger and disruption. When a murder is prophesied, and a beloved pillar of the Aspen Falls’ community winds up dead, Gwendolyn becomes Sheriff Ross Lawson’s prime suspect.To get Gwendolyn out of hot water, and more importantly, out of her house, Jade attempts to prove her friend’s innocence. Jade believes she’s finally discovered the truth, but is soon brought back to reality when she learns all is not as it seems in the realm of the metaphysical. Not even murder.Return to the Jade Blackwell Cozy Mystery Series in Murder Over Medium, as Jade jumps into the fray of a territory not governed by logic or reason—in either this world or the next.

Posted by Gilian Baker. Gilian is a former writing and literature professor who now uses her geeky superpowers only for good to entertain cozy mystery readers the world over. When she’s not plotting murder, you can find her puttering in her vegetable garden, snuggled up with her husband watching British mysteries or discussing literary theory with her daughter. She lives in Flagstaff, Arizona with her family and their three pampered felines. Gilian is the author of the Jade Blackwell cozy mysteries.