I’ve dealt with grief over big and small tragedies the last few weeks, and worries over near misses. First there was Hurricane Harvey hitting close to where my son now lives, then Hurricane Irma taking out large chunks of my own state of Florida. Then Maria laid waste to the Virgin Islands and Puerto Rico. 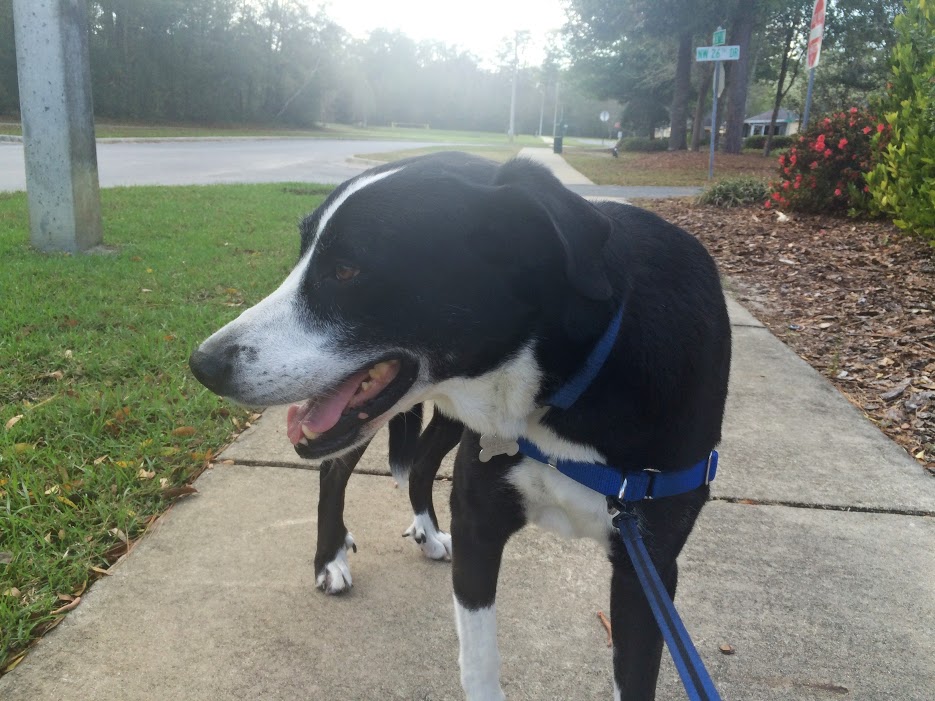 My sweet Lady. She loved walks.

And right between Irma and Maria, my dog suddenly became ill and died in a matter of days. She wasn’t that old, only about 7 (we didn’t know her exact age as she was a rescue dog) and she’d always been healthy. So it was quite a shock.

I felt a wee bit guilty that I was mourning a dog when so many people were dealing with much greater losses than a middle-aged pet.

But she was a real sweetie and she kept me company all day as I sat at my computer writing stories.

Among the stages of grief are denial (sometimes taking the form of numbness), anger and depression/sadness. I’ve certainly felt some of all of those feelings lately, about the bigger tragedies of the storms and the smaller one in my own home. I’ve choked up as I’ve watched the news, the houses reduced to rubble, and when I’ve thought about my sweet girl so abruptly taken from me.

And then 58 people were killed by a madman in Las Vegas, and so many more were wounded.

And I felt almost nothing. My brain and heart shut down. I didn’t feel the horror of it or tear up during the news. I didn’t think about it off and on all day, for days afterward, as I did with Sandy Hook and the Boston Marathon bombing.

Indeed, I resisted writing this post and almost gave in to the temptation to let the lighthearted post we’d intended for this week to run as planned.

When we don’t have any more emotional energy left for shock, horror, grief, we go into a different kind of denial. It’s called desensitization.

The bad stuff has become normalized.

Study after study has found that this happens to children exposed to violent media, and especially to those allowed to play violent video games. They become more fearful, more convinced that something bad will happen to them, but at the same time, they become desensitized to violence.

It no longer horrifies them. And in the case of video games, violence become conditioned to trigger excitement and a sense of achievement. Kill off all the enemy and you are rewarded. You then advance to the next level, where the challenges are harder and the violence is often gorier.

I’m not going to get into the whole guns issue, although I am a proponent of “reasonable gun control,” as are the majority of Americans. And I certainly believe that mail-ordered kits for turning semi-automatic weapons into automatic ones need to be banned.

But the preserve-the-purity-of-the-second-amendment-at-all-cost advocates do have at least one good point. Guns don’t kill people.

And the biggest problem is that it’s not always that easy to tell when someone is crazy enough to pick up a gun and go after strangers. The Vegas shooter showed few signs of this level of craziness. His friends and acquaintances say that he wasn’t spewing radical ideology or conspiracy theories. And his girlfriend claims she had no idea he was stockpiling highly lethal weapons.

But what is being hinted at now is that he was into video games.

As a psychologist, I believe that violent media and video games, in particular, are one of the reasons (not the only one, by any stretch) that we are seeing so much senseless violence in our society.

Now I know a bunch of people will immediately claim that they play video games and it hasn’t turned them into violent maniacs. My son, who is a priest by the way, is one of them.

He’ll tell you that having Batman destroy the Joker in his superhero video game is just his way of blowing off steam.

And for people with stable psyches, this is true. The games don’t do them any harm. But for people who aren’t so stable, these games desensitize them to violence and plant ideas in their heads about ways to get attention, to express their pain and anger at a world that they see as letting them down or doing them wrong.

For this reason, I think banning violent video games is as important if not more important than any attempt to control guns.

Is this inconveniencing those who enjoy these games and who are stable enough to not have ill effects mentally from them? Yes, it is. I’m sorry, but your entertainment is less important than our society’s safety.

Is this stepping on the first amendment rights of the companies that design and sell these games? Technically yes, but their complaints won’t really be about freedom of speech; they’re about profits. Are their profits more important than turning the tide away from senseless violence in our society?

And let me paraphrase another argument that has been stated before. Just as our founding fathers lived in a world of one-shot muskets, they used riders racing through the night yelling, “The British are coming!” to communicate. They never anticipated automatic weapons that could mow down a crowd nor mass media capable of transmitting images and sounds instantly into everyone’s homes via the TV and Internet.

Before those few INsane people among us destroy our country while exercising their rights.

Oh, and in regard to the other word in the title, acceptance. It’s supposed to be the final stage of grief, the goal of the grieving  process. But I don’t think we want to reach that stage when it comes to mass murder. That’s not something we want to accept.

We need to stay angry and horrified until we find solutions!

But I am close to acceptance in my grieving for my dog, close enough to get a new one. And so as not to end on a total downer, here’s a pic of my new pup. 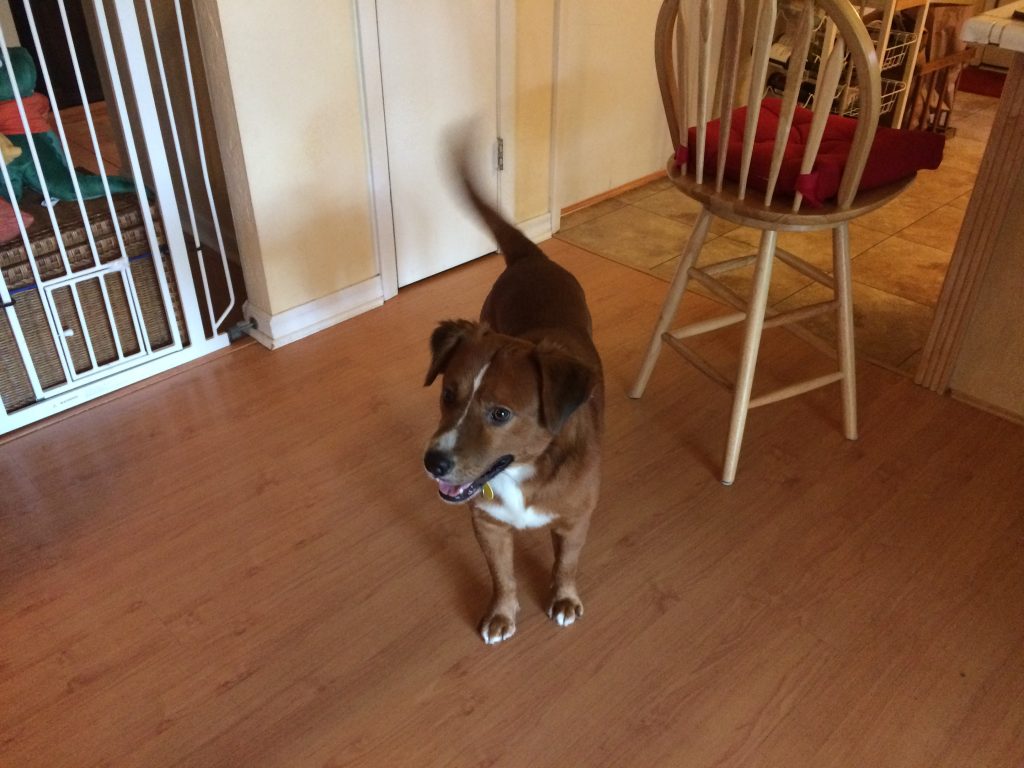 Our new doggy. He was named Benji by the people at the shelter but doesn’t answer to it yet. So we may change his name. Any suggestions?

Your thoughts on violent media and video games? (Note: Please keep it civil. And I know I touched on gun control but I don’t want to debate that. Everything that can be said on that subject has already been said, on both sides of the fence. And I’m still depressed enough that I just don’t have the energy to go there.)

11 thoughts on “Grief and Acceptance, Denial and Desensitization #VegasStrong”