Originally the title of this post was to contain the words “Worry Warts.” But after coping with Hurricane Matthew this past weekend, the “Weathering the Storm” concept seemed more appropriate.

I’m not a huge worrier by nature. Indeed, I tend to be a bit of a Polyanna who assumes that everything will work out okay. And it usually does. 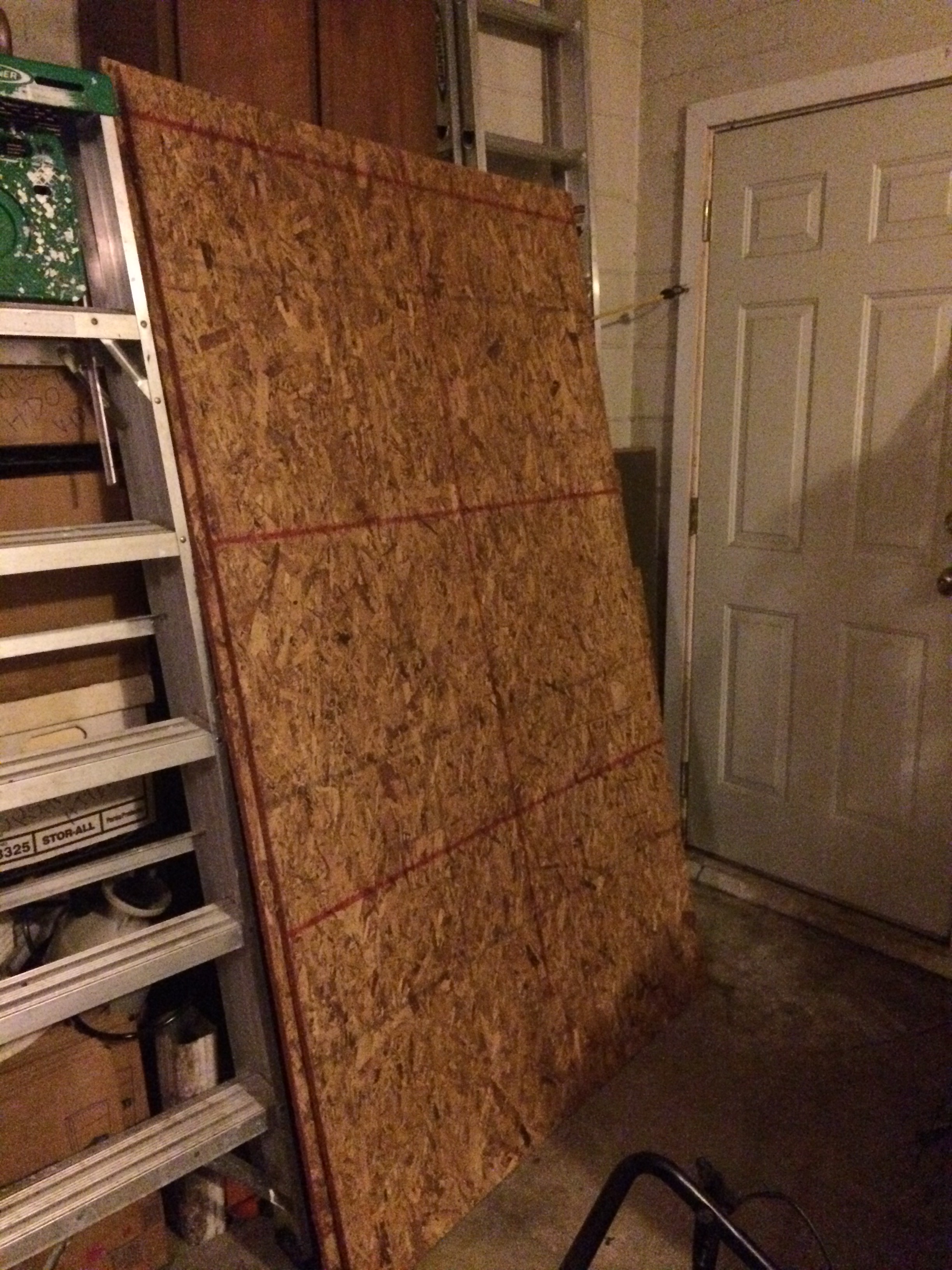 Window boards out, ready to go. (They had been buried behind a whole bunch of crap in the garage).

I am, however, a fairly careful person. I’m good at anticipating problems and taking preventative measures, such as preparing our property for the big storm. We spent a good chunk of the day on Thursday on those preparations. We pulled out the boards for the windows to have them handy, just in case the storm veered inland toward us in central Florida.

Then we piled all the lawn and porch furniture on one side of the garage, with the grill facing out so we could cook on it if (more likely when) the power went out. We parked the newer of our cars on the other side of the garage.

The older car was at the far end of the driveway, out from under the big trees. If one of those trees fell across the driveway, one vehicle at least could get out to go get groceries after the storm passed (and to go to the hardware store to rent a chain saw).

Can you tell we’ve done this before? 🙂 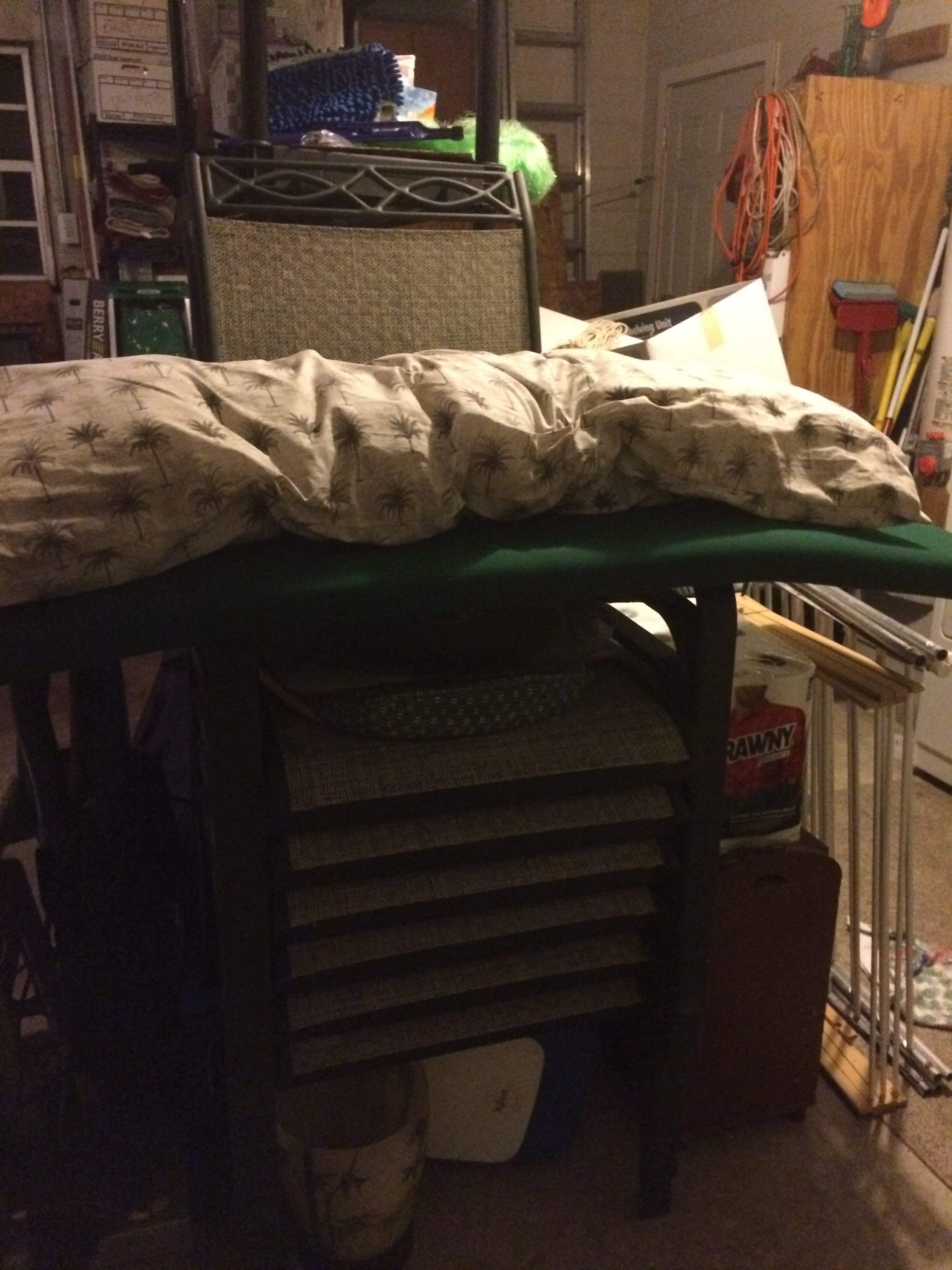 Half my screened porch furniture, consolidated into one pile.

Hubs had already bought extra bottled water, batteries, etc. I stockpiled extra ice in the freezer and got the coolers out so they’d be handy when the power went out.

Then we went to bed knowing we were as prepared as we could be. On Friday—the day Matthew crawled up the east coast of Florida—I read, watched some TV, got caught up on some bookkeeping.

It was a fairly relaxing day. Even hubs wasn’t as uptight as he would have been in the past.

He comes from a long line of worriers, but I think maybe my calm has rubbed off some. I’m pretty good at accepting what “the fates” dish out, once I’ve prepared for the things I can control.

But there are situations where I become the worry wart. These are usually times when others’ actions that I can’t control may cause me or mine harm.

So even though I was weathering the storm just fine—as the wind howled around my house and the rain poured down—I got a bit worked up when I realized I’d totally missed a deadline for an estimated tax payment. What would the IRS do to me? THAT had my gut twisted in a knot. 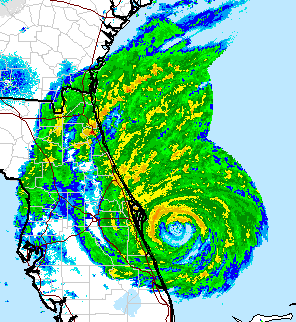 This didn’t scare me nearly as much as the IRS did! (public domain, Wikimedia Common)

What finally calmed me down was formulating a plan to call a tax accountant on Monday and ask about the late payment—would it be better to just not send it in, or would the IRS not care all that much that it was late? Once I had a plan of action, I was okay.

As a psychologist, I know that being prone to anxiety is at least partially genetic. My husband obsesses a bit over what might happen, but not nearly as much as his dear mother used to obsess about things. She was a basketcase every time we left her house in Philadelphia to drive home to Baltimore. We’d walk in the front door of our house and the answering machine would be flashing. And there would be his mother’s voice, “Call me right away when you get home. I’m SO worried.”

There’s also a psychological theory that worrying is self-reinforcing. According to this theory, if the parts of your brain that produce word thoughts (the worrying ruminations) are activated, it’s harder for other parts of the brain, that produce mental images, to be activated. So it’s harder to “imagine” (i.e. produce images of) the horrible things that might happen.

So in an odd way, the obsessive thoughts keep the scary images at bay, and thus this ruminating is reinforced and becomes the default way that the person’s psyche copes with potentially scary situations.

I’m not totally sure I buy that theory (and it is just a theory, with only some scientific evidence supporting it). But the worry-wart ruminating does interfere with rational thinking and problem-solving.

I saw this in my mother-in-law, who was a bright woman. We would point out to her again and again that it took three hours for us to get home from Philadelphia. But nonetheless she would start worrying about the fact that we hadn’t called practically as soon as we left her front porch. She KNEW we couldn’t possibly be home yet, but that didn’t stop the obsessing and anxiety. Nothing would stop that until she heard her son’s voice on the phone saying, “We’re home now, Mom. You can stop worrying.”

My husband’s genetic dose of anxiety is lower than hers, thank God! He says he’s gotten better at handling his ruminating over the years because he now actively thinks about how he can (a) do something about the problem (like stock up on batteries and such), (b) distract himself from the worrying, and/or (c) pray!

I have another theory, that’s related to how we process information in general. Some of us are more visual, while others are more auditory, and still others lead with their sense of touch and movement (kinesthetic).

My husband is primarily auditory, so it makes sense that he “hears” those ruminating thoughts in his mind nonstop.

I’m primarily kinesthetic, with visual a close second and auditory a distant third. So I see the mental image of what I’m worrying about—Friday it was the letter from the IRS informing me that I had to pay some whopping penalty for submitting my estimated taxes late.

But then I immediately jump to how I can solve the problem. I see myself “moving” to make things right again.

At one point, I did get into worrying about the storm’s effects. What if the wind blew shingles off the roof, or worse ripped the whole back porch roof off, leaving a big hole where it had been attached to the house? I then saw myself getting out the ladder and a tarp. I’m not at all sure we would have had the guts to get up on the roof in a hurricane (probably not), but the image helped reassure me that we would cope with whatever happened, when it happened. 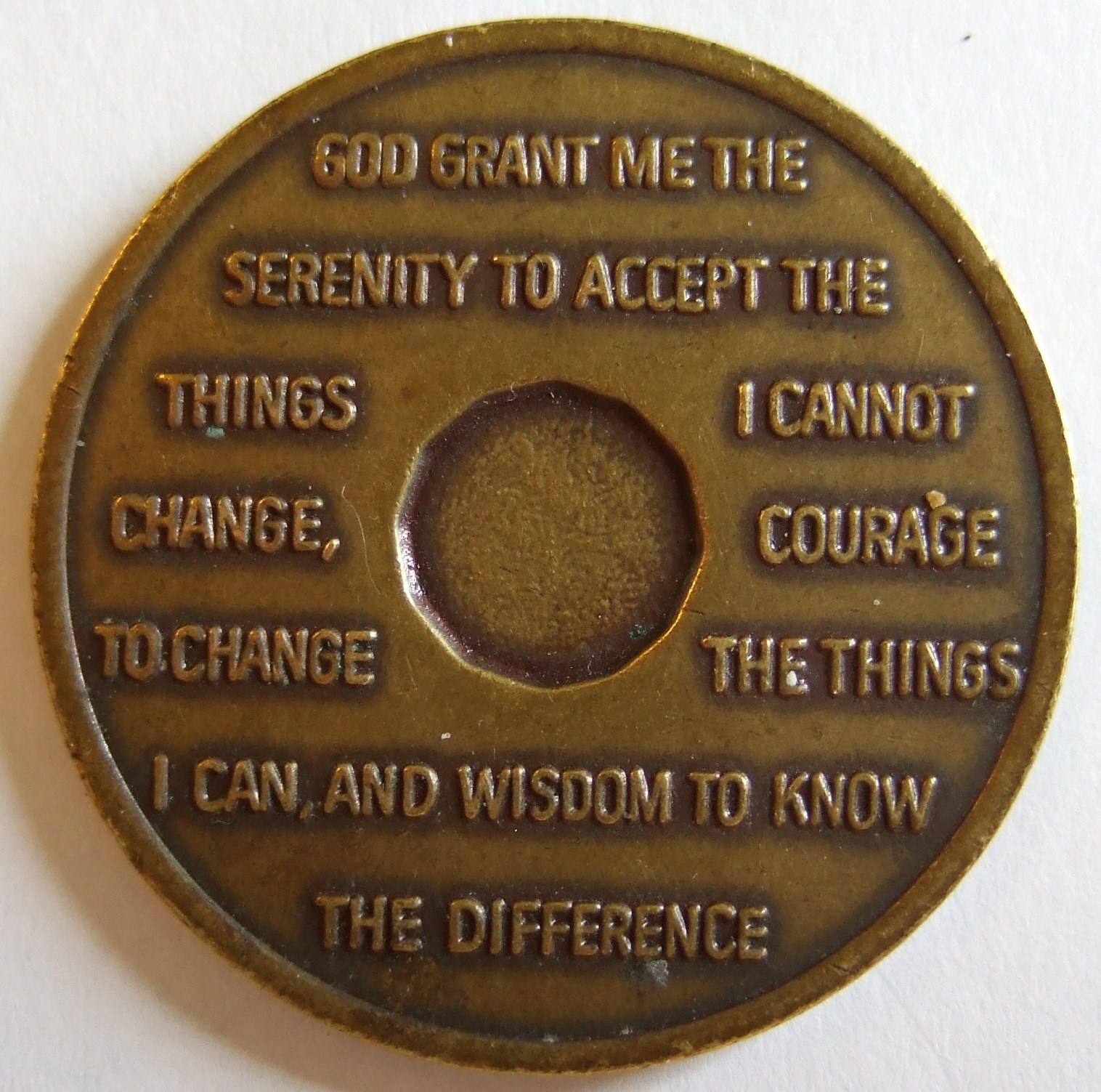 A 12-step anniversary medallion with the Serenity Prayer on it (photo by Jerry “Woody” from Edmonton, Canada, CC-BY-SA 2.0, Wikimedia Commons)

In other words, I applied the Serenity Prayer… I couldn’t control what happened, only how I responded to it.

Bottom line with worrying—we each need to figure out what works for us to stop the ruminating. For some, it will be preparation. For others, it will be distraction, or visualizing how we will cope if/when the worst occurs. Worrying is not a very constructive emotion, unless it leads to, rather than blocks, problem-solving. But stopping our worrying is sometimes easier said than done.

What type of worrier are you, and how do you deal with it?

8 thoughts on “Weathering the Storm–Without Worrying”