by Kassandra Lamb (on behalf of the whole gang)

It’s been awhile since we’ve done a group post, and since I’m still traveling for the next couple of days, we decided to do a book review post. Here are some stories we’ve parti- cularly enjoyed over the last few months.

Vinnie’s review of Woman With a Blue Pencil:

As I read Woman with a Blue Pencil, I wondered how author Gordon McAlpine pitched it to his publisher. This complicated story involves a Japanese-American crime writer starting a new book. Then Pearl Harbor is bombed. 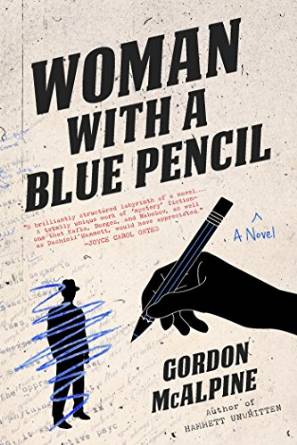 On the advice of his editor, whose letters are embodied in Woman with a Blue Pencil, the writer adopts the pen name William Thorne. He changes his Japanese-American protagonist to a Korean-American superhero, and the plot of the book he’s writing evolves into jingoistic detective fiction.

However, the author’s excised Japanese-American protagonist continues his life in an alternate story. So, you have the story of the author, the new book he’s writing, the manipulative letters from his editor, and the tragic fallout for his deleted main character. All the stories brilliantly intertwine, exploring the idea of erased identities.

Shannon’s Review of The Vanished Priestess: Book 2 of the Annie Szabo Mystery Series 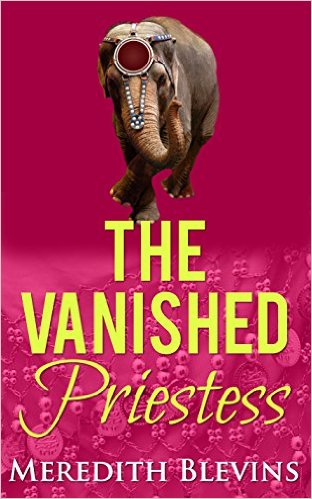 I was pleasantly surprised by this book. Though it dealt with some serious topics–spousal abuse and the necessity of women’s shelters—the story never got bogged down by the heaviness of these issues. In fact, Meredith Blevins writes her characters with such wit and humor, I found myself smiling much of the time.

The main character, Annie Szabo, is a flawed but likeable character who gets caught up in trying to solve her neighbor’s murder while protecting her daughter from an abusive son-in-law. Margo, the murder victim, ran a circus which also doubled as a shelter for abused women. There are a lot of eccentric characters here, including Annie’s Gypsy fortune teller mother-in-law, who has moved in on Annie and brought her own version of a three-ring circus.

Overall this was a satisfying mystery. I’m giving it four fingerprints. I had to take one away for distracting errors and typos. (Apparently the errors come from the book being scanned from a hardback; the author has said they will be fixed.)

Kirsten’s review of Some Buried Caesar:

I remember reading Rex Stout when I was young. But all I remembered about his hero, Nero Wolfe, were his orchids and obesity. What a delightful surprise when I found a Kindle version of Some Buried Caesar.

The writing is pithy, funny, and told from the point of view of Wolfe’s put-upon detective, Archie Goodwin. Wolfe can’t be bothered to actually walk around and look for clues, so Archie’s his man.

The novel starts with the aftermath of a car crash in-media-res style. Out in the countryside for an orchid show, the stranded Archie and Nero soon find themselves face to horns with a prize bull. And not just any price bull. Hickory Caesar Grindon is probably the most expensive bull in history.

To the horror of the local Guernsey association, his new, nouveau riche owner plans to barbeque Hickory as a promotional stunt for his string of fast-food restaurants. Enemies abound in this classic whodunit. The only foregone conclusion is who will win the orchid contest (Nero Wolfe, natch).

Originally published in 1938, you can forget about political correctness. The dames are conniving and hard talking, and Archie isn’t having any of it. But there’s something about the narrator’s whimsical attitude toward his adventures in crime-solving that make the outdated attitudes tolerable. For me at least. Five fingerprints! 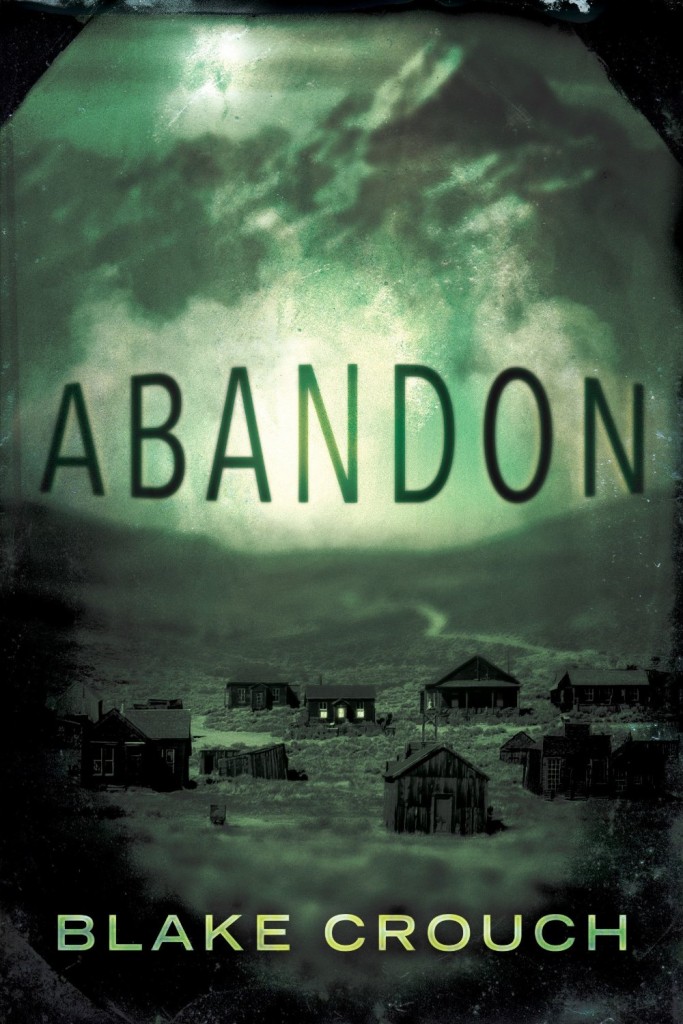 This book was selected as the February read in a book club I belong to. I was skeptical at first, not real sure what genre it was. Horror? Paranormal mystery? Historical fiction?

Well it’s definitely a mystery, and it has its gruesome and sometimes horrifying moments, but it’s not paranormal nor horror. It is a “hold onto your hat, don’t forget your heart medicine” roller coaster ride from hell.

It flips back and forth between the late 1800’s — when the town of Abandon is slowly sliding toward ghost town status — and the present time — when a group of explorers goes to the site to try to figure out why the entire town’s remaining population disappeared suddenly one snowy night in 1893, with absolutely no trace nor hint of what happened to them.

As the events of the few days leading up to the town’s disappearance unfold in the 1893 story, the reader is also discovering that some of the modern-day exploration party have hidden agendas. And the twists and turns just keep on coming.

I vacillated between 4 and 5 fingerprints for this book. On the one hand it was one of the best mysteries I’ve ever read. On the other, it was a bit more gory and gruesome than was really necessary, and that level of gruesome didn’t quite mesh, for me at least, with the historical fiction quality of the story. In other words, I found it distracting. And I do wish the book description made it clearer that the book is a mystery.

So four and a half fingerprints!

Have you read any great mysteries lately?