We Misterio Press authors like to gather our inspiration from all sorts of places, one of them being the wonderful detective characters that have come before. Here’s one of my favorite: 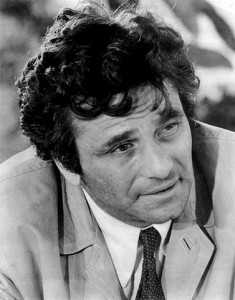 Some interesting facts about Peter Falk and the Columbo series:

1.  Bing Crosby was first offered the role of Columbo, but he didn’t want to commit to a series.  He joked that it would interfere with his golfing. Peter Falk (June 1927-Sept 2011) landed the role.

3.  William Link and Richard Levinson, the show’s creators, did something that was unusual for the time, especially in a mystery series:  instead of a “whodunnit” format, where the progress of the episode moves towards the revelation of the murderer, it was a “how’s-he-gonna-catch-em,” where the opening scene reveals the conventional save-it-for-the-ending details: who did it, why he did it, and how. So what’s left? Lots of great detecting: the hounding, the questioning, and the drawing of the net tighter and tighter around the murderer, until he cannot escape.

photo from Wikimedia.org, according to Creative Commons licensing

1.  The suit, which looks like it was purchased from a thrift shop and perpetually slept in since then.

2.  The car, always breaking down, making a clatter when it did run, and having various parts break off.  It took me a while to figure out it was a Peugeot.

3.  The “Dog” – of course Columbo has to have a bassett hound, one of the best sniffer dogs out there.  But what’s also a given is that it wouldn’t be your typical bassett hound. This particular canine has a collection of neuroses and odd behaviors.

4.  The cigar, which doesn’t seem lit most of the time, but is chewed on and spoken around a good bit.

5.  The game.  Ah, the wonderful cat-and-mouse interaction that goes on between Columbo and the murder suspect: the persistence, the squirming, the murderer’s initial coolness and control inevitably giving way to exasperation, rage, and the mistake(s) that will prove his undoing.  Masterful!

6.  The show’s humor:  remember the odd little personal side-tracks that Columbo experiences while working a case?  His depressed “Dog” (yep, that’s his name, “Dog”) who Columbo has to take along on cases from time to time, and even to the vet in one episode, because the dog doesn’t “do” anything; the expired driver’s license, which requires Columbo to take a road test with a DMV instructor (hilarious!); the police gun certification that requires him to go back to the shooting range (even though he never carries his gun); various snippets about his wife’s personal habits; his car always breaking down…the list goes on and on. 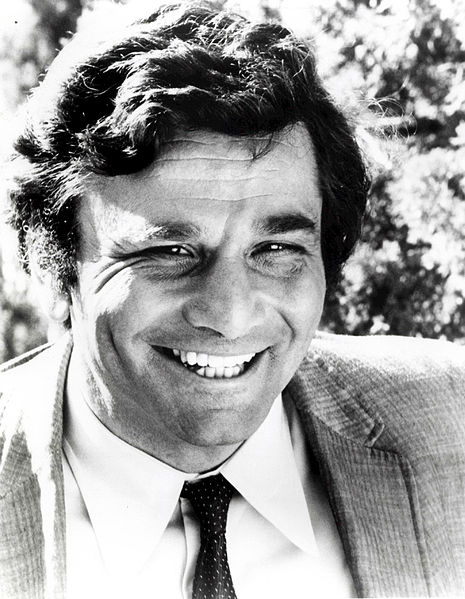 Columbo’s demeanor:  fumbling (does the man ever have a writing implement on his person?), self-effacing, overly-polite, rambling off-topic.  These characteristics make an effective smoke screen (to the murderer, not us, of course) for his sharp mind and keen attention to detail.  The following mash-up clip gives you a good idea of how this works:

Do you remember watching the Columbo series?  What did you like most about the character?  We’d love to hear from you.

P.S. – I hope you’ll check out my recent novelette, Never Sleep. It’s the first story in a new series entitled Chronicles of a Lady Detective, and is available for the Kindle/Kindle app for only 99 cents. 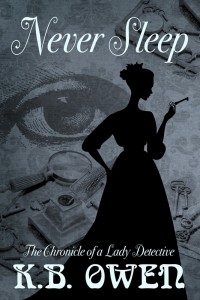 Although Penelope Hamilton Wynch does not especially miss her estranged husband, she does yearn for the excitement of the old days, when they worked together on assignments from the Pinkerton Agency. So it is no surprise that, despite their irreconcilable differences, she finds herself agreeing to help him on a case once again. He needs her to infiltrate the household of H.A. Comstock, a wealthy industrial magnate who has been the victim of factory sabotage and an assassination attempt, just as the family is about to sponsor a cotillion for their debutante daughter.

As Pen works the case while dodging her husband’s attempts at reconciliation, she encounters another old flame who is looking more and more like the prime suspect. Pen must resist her renewed feelings for the man, as she races against time to stop the saboteur and would-be assassin before he tries again.

Posted by Kathy Owen (aka K.B. Owen). Kathy is a former English professor with a PhD in 19th century British literature. She is a mom to three boys and working on Book 4 in the Concordia Wells series of historical cozy mysteries. Her twitter handle is @kbowenwriter, or you can connect with her on her Facebook page.

20 thoughts on “Columbo, a master of mystery”