With the release of Black Beans & Venom, my seventh Carol Sabala mystery, my mind turns to Cuba, the book’s setting.

My husband and I ventured there during December, 2010, partly to attend the International Jazz Festival. But one doesn’t have to attend an event to hear the Latin beats there. Full bands perform on the sidewalk. Guitar and woodblock duets float from a park, and trombone players practice on the seawall. 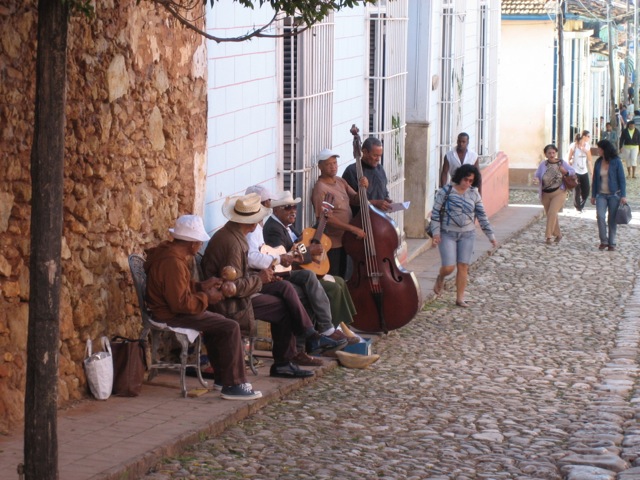 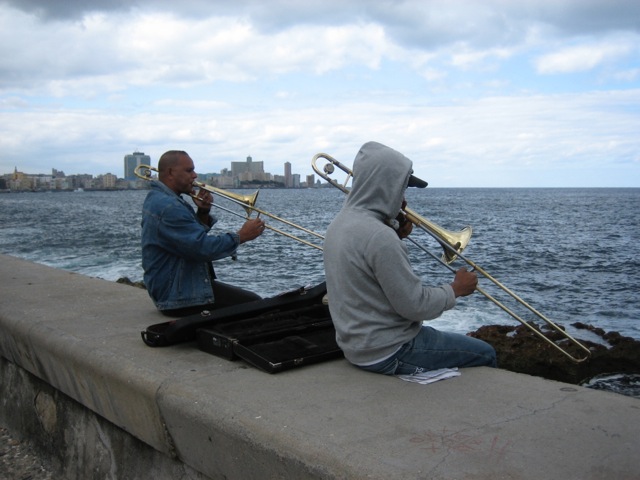 I did not miss the canned muzak that assaults us during the holiday season in the United States. In this communist country we saw few signs of Christmas—and heard fewer.

Which is not to say I dislike Christmas music. Last year the ukulele group for which I play keyboards, the All in Good Time Orchestra (AIGT), performed Oh Holy Night at two holiday events.

When that music swelled and our vocals rose in “Fall on your knees/Oh hear the angel voices,” the vibration filled me with ecstasy. 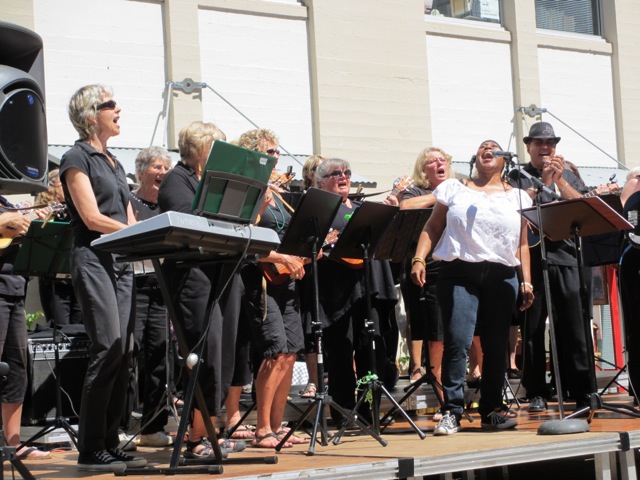 Vinnie rockin’ it with her ukulele posse, the All in Good Time Orchestra

Since other groups also performed Oh Holy Night, this year our director suggested we do a piece that no one else would do—a Paul McCartney song. I expected a familiar tune. Instead I was introduced to a short melancholy piece that is now stuck in my head like an earworm.

Junk is not a Christmas song. But after once again watching people on Black Friday punch each other in order to score a television set, the lyrics speak to me. To paraphrase: Buy, buy the ads cry, but why, why the discarded junk asks.

Which brings me back to Cuba, a place singularly lacking in true junk. We all picture the old American cars there, but those aren’t the only things kept alive on the Caribbean island. Between the U.S. embargo and the collapse of the Soviet Union, the people lack supplies. 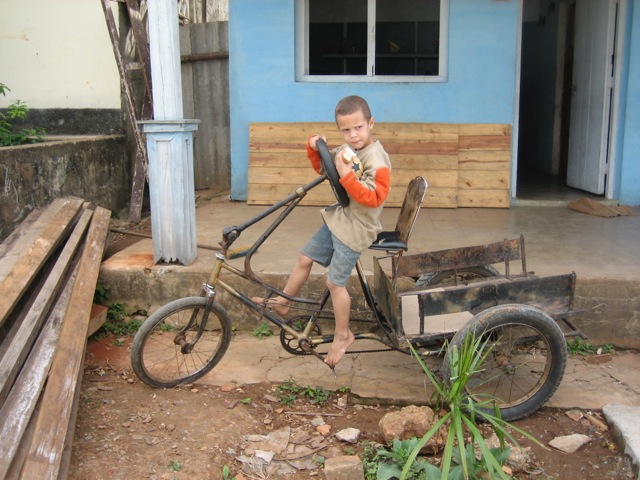 So a wooden seat is crafted for an old bike. A worn tennis ball becomes a kid’s baseball. Old headlights are brightened with silver paint. 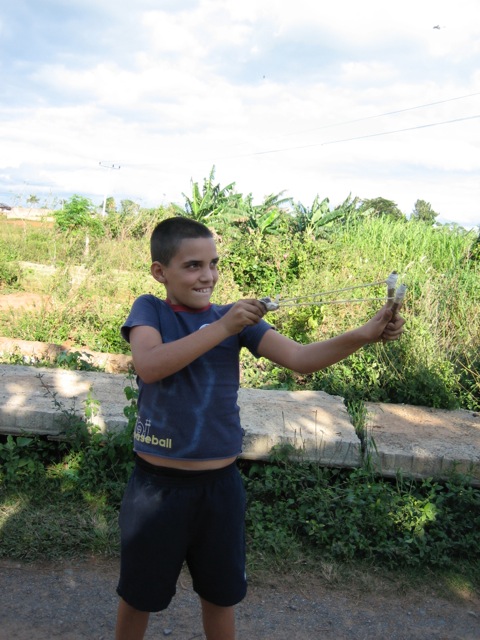 Kids play with slingshots fashioned from branches and elastic. A cart with no wheels squeaks by on rusty rims.

So many of the details of Cuba wormed their way into my heart and into Black Beans & Venom.  While primarily a story of suspense, the book is also a tribute to the resourcefulness of the Cuban people.

As the holiday season commences and AIGT rehearses Junk, I think of this island country pressed into recycling, reusing, and repurposing. Is there a way to catch that spirit of resourcefulness, I wonder, without being forced into it?

Are there countries or regions you’ve visited where you were particularly impressed by the locals? What’s your favorite Christmas music? 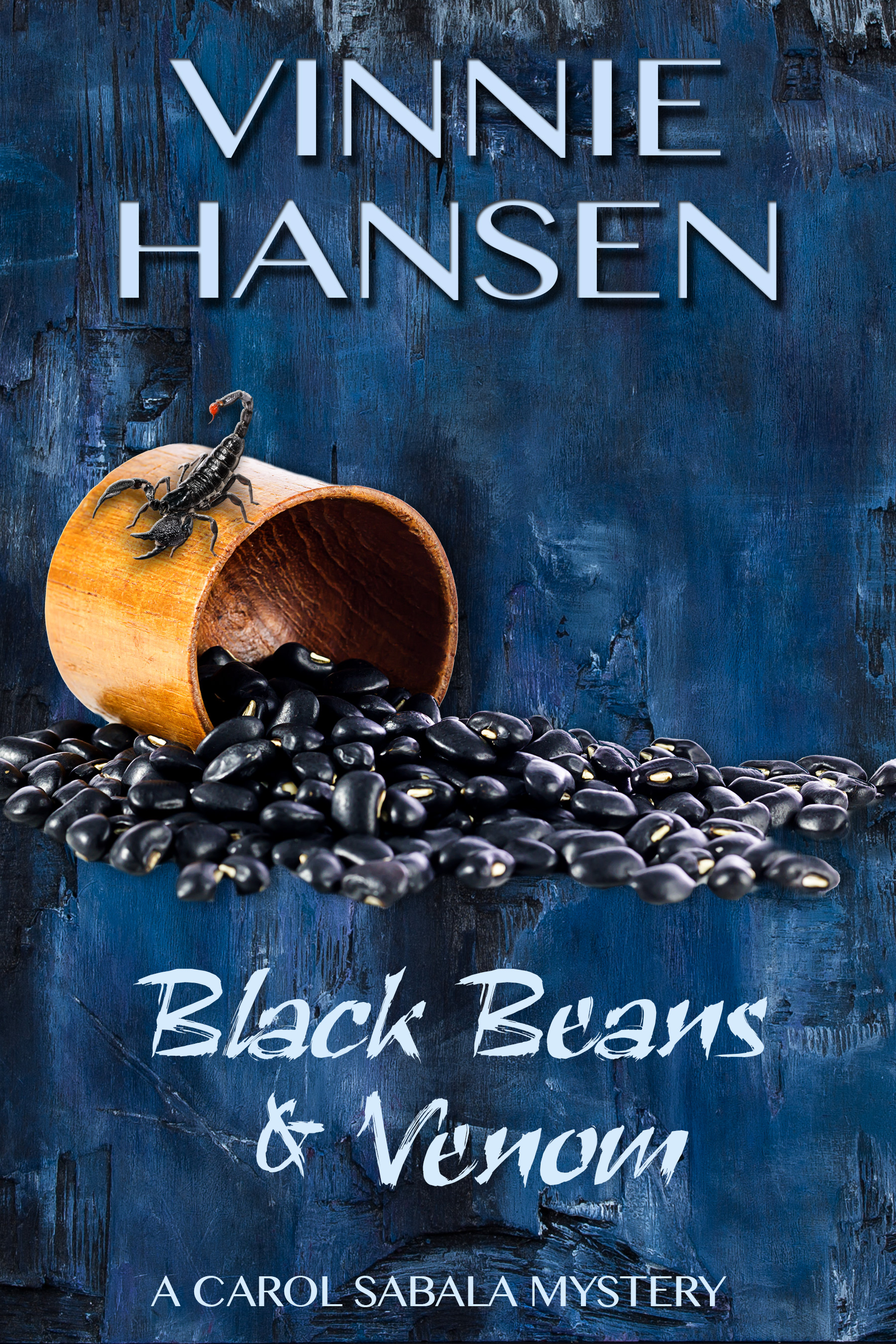 No one wants P.I. Carol Sabala to take the case. Her boss is apprehensive about an illegal investigation in Cuba. Carol’s boyfriend worries about her physical safety. But the client is rolling in dough, the office has unpaid bills, and Carol chafes under the mundane tasks assigned to her.

In Old Havana, Carol sets off to track down Megan, the client’s missing daughter, who is battling metastasizing cancer and running from a sociopathic boyfriend. Struggling in the exotic world of the island, Carol races to find Megan, before the disease or her ex-boyfriend kills her.

Now available on AMAZON and SMASHWORDS

2 thoughts on “Contemplating Christmas and Cuba”