Eeck! I just realized I have no post written for today. The other misterio authors will tell you that isn’t like me. I’m organized to the point of being awe-inspiring.

I’m pretty stressed out right now, getting ready to launch a new book, and I am NOT one of those people who thrives on stress and deadlines (which is why I try to be organized waaay in advance).

So I decided that an appropriate “encore” post for today would be one that I posted almost two years ago. It explains why some of us thrive under pressure and others, like me, collapse in a little puddle.  ~~~

Why is it that some of us perform better under pressure while others are more likely to buckle under the load? Was it how the person was raised? Were they taught to believe in themselves? Did their parents and teachers push them to keep trying when they encountered obstacles?

We tend to assume that one’s ability to work well under stress is a function of character. But that’s not what brain research is telling us. It may be much more about differences in how our brains work–differences that are dictated by genetics. 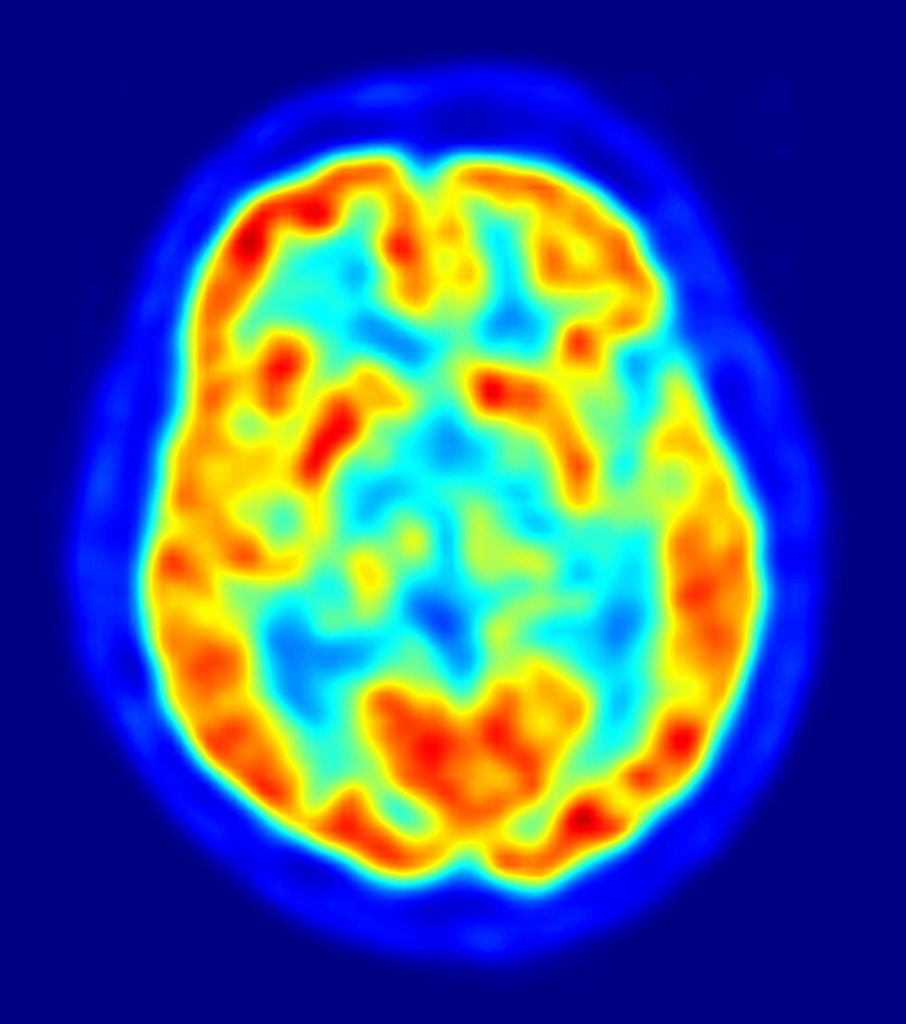 Scientists have identified a specific gene, the COMT gene, that may dictate more than anything else whether we are the ‘push through the stress and shine’ type of person, or the one who collapses on the floor and feels like a failure when the load gets too heavy.

This may sound like bad news, but I’m not sure it is. Knowing that something is beyond our control can help us figure out a work-around. More on the real-life ramifications of this in a minute. First, let me try to boil the research down into a few paragraphs so I don’t bore you to tears.

This COMT gene controls how quickly a certain neurotransmitter, dopamine, is removed from a part of the brain called the prefrontal cortex. This is the part of the brain where our most complex reasoning occurs–problem-solving, moral decisions, conflict resolution, anticipating long-term consequences, etc.

Brainstorming with the prefrontal cortex

(Okay, it’s a lame cartoon. Give me a break. it’s hard to make the brain funny!)

Dopamine is the brain chemical that helps us think clearly by inhibiting unwanted thoughts and allowing us to concentrate. But to do this, it has to be at optimal levels. Too little and we are overwhelmed and distracted by random thoughts. Too much and the thoughts we want to focus on are also inhibited, i.e., our brains are too shut down.

There are two versions of this COMT gene, one that clears dopamine away slowly and one that removes it quickly (it’s originally released by the neurons, i.e., nerve cells, in the brain). Under normal circumstances, people with the rapid-removal version are at a disadvantage; their dopamine levels are often too low. The folks with the slow-removal version often have an advantage, and do better in school for example, because overall their prefrontal cortex thinks more clearly.

However, things change when you introduce high stress levels.

The study that tied all this together was done in Taiwan where researchers determined which gene was present in 779 junior high school students who were about to take a difficult entrance exam that would determine the quality of high school education they would receive.

The students with the slow-removal gene tended to have higher grades in school than those with the fast-removal gene. But when the stress of this high-stakes test flooded their prefrontal cortex with dopamine, their brains couldn’t remove it fast enough. Now their thinking was impaired by too much dopamine.

The fast-removal students (the ones with the lower grades in school) scored an average of 8 percentage points higher than the slow-removal students on this test. Their brains could handle the stress better, get rid of the excess dopamine, and allow them to excel. 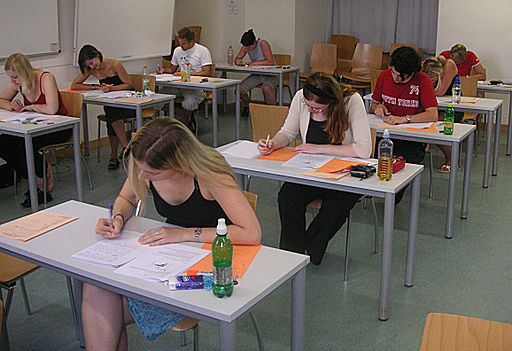 So what are the real-life implications of this? If something is genetically programmed, we can’t change it, but we can learn to cope with it and work around it.

If you were one of those kids who crashed and burned on big tests and class presentations, or if you have a child who falls into this category, you should find it comforting to know that this is not a character flaw. Knowing something is not our fault can help us be more matter-of-fact about dealing with it. It is what it is.

So how do we deal with it?

1. Stop beating up on yourself for not coping well with pressure. You’re not dumb, morally deficient or mentally ill. Your brain just works differently than those who thrive on stress.

2. Be selective about the types of situations you expose yourself to. Forcing yourself to deal with high-stakes situations is a set-up for disaster. For example, marketing, where you have to give make-or-break presentations to clients on a regular basis, may not be the best career choice.

I suspect that both my son and I have the slow-dopamine-removal gene. We both got good grades in school but tended to score rather mediocre on high-stakes standardized tests like the SAT.

My son had his heart set on a certain college. But his SAT scores were not high enough to get a merit scholarship despite his almost 4.0 GPA. At our insistence, he took the test again, without much improvement (despite tutoring beforehand).

If I’d known then what I know now, I wouldn’t have insisted that he take the SAT a second time. I would have gone immediately to our alternate plan. We found a couple other schools that did not place as much importance on SAT scores. He got accepted into the honors program at one of them, and received a scholarship!

3. Use stress management and relaxation techniques to help lower your stress level, and thus your dopamine production, in high-pressure situations.

More on how to do this are in these posts: Relaxation Made Easy and When Does a Stressor Become a Stressor?

How can we help our kids adjust and learn to cope if they tend to fold under pressure?

10 thoughts on “This is Your Brain on Stress (encore)”