by Kassandra Lamb and K.B. Owen

I woke up the other morning with the subject of K.B. Owen’s new release, Unseemly Ambition, on my mind. My muse had apparently spent the night pondering the question: What happens when ambition, normally a good thing, is no longer reined in by a conscience?

When we say someone is an ambitious young man or woman, that’s meant as a compliment. We’re saying that they are going to work hard in life and probably accomplish great things. And if we say that someone “lacks ambition,” we’re putting them down, indicating that they are practicing one of the seven deadly sins: sloth. They are being lazy, cruising through life. We may even view it as an intrinsic flaw in their character. 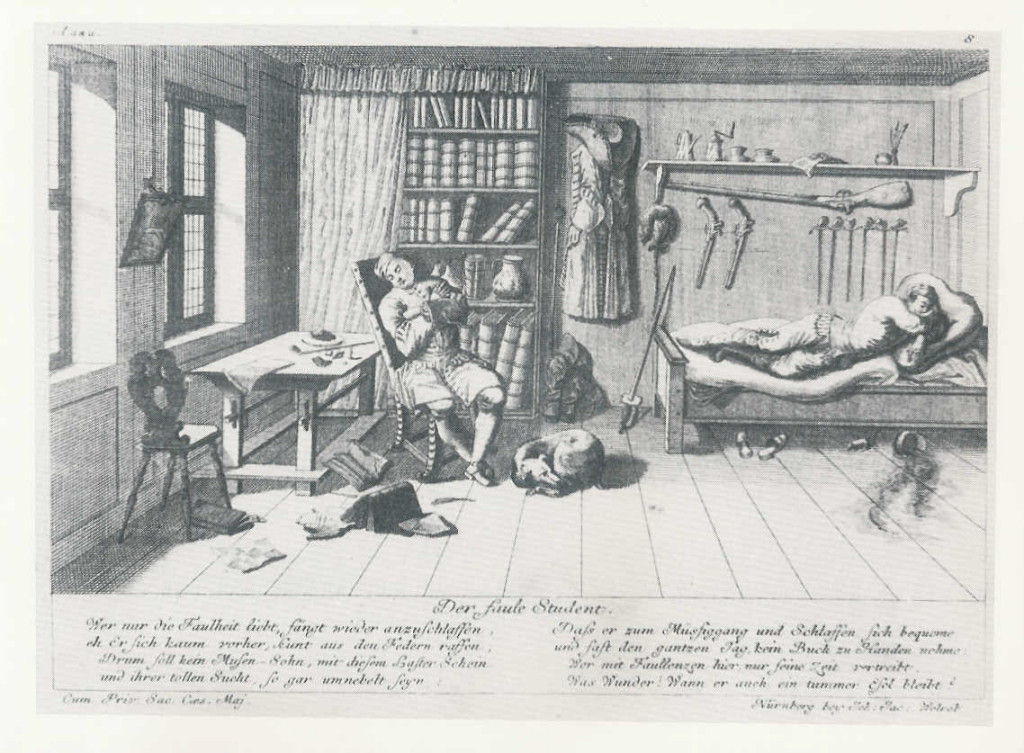 A synonym for ambition might be goal, or even dream. And we’re supposed to have goals and dreams. The only times in life when someone is allowed to not be ambitious are childhood and retirement. And even then, although it’s not expected, we still applaud ambition when it occurs.

Many of my younger writer friends complain about the reactions they sometimes get from others (sometimes even total strangers). Some people tell them to “stop wasting their time” and “get a real job.” These critics don’t see writing as a worthy ambition. “You’re just sitting around all day writing.” As if crafting words were the same as eating bonbons.

I have never gotten that reaction. When people ask me what I’m up to these days and I tell them, their response is always positive. “Wow, that’s so cool!” Why? Because I’m retired from two previous careers as a psychotherapist and college professor. So I’ve already fulfilled the requirement to be ambitious. Now, my efforts to write are seen as a bonus ambition!

But ambition has a dark side. What happens when one is so obsessed by their ambitions that they become ruthless?

I’m reminded of a famous incident 20 years ago, when those close to a champion figure skater conspired to take out the competition via a physical attack. In 1994, Tonya Harding’s ex-husband and her bodyguard hired a man to attack Nancy Kerrigan and break her leg. Their ambitions were successful in the short term. Kerrigan was forced to withdraw from the 1994 U.S. Figure Skating Championship, leaving the path open for Tonya Harding to win that event. 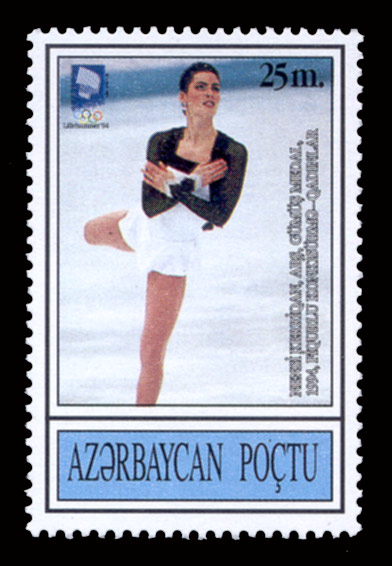 Kerrigan, fortunately, recovered from the attack, her leg only bruised rather than broken. She continued her career and won or placed in other champion-ships, including winning a silver medal in the 1994 Olympics.

Those who had engineered the attack ended up in prison, and Harding avoided jail time only by pleading guilty to hindering the prosecution of those men. Her career was over. The U.S. Figure Skating Association conducted their own investigation and determined that she knew about the attack in advance. They stripped her of her 1994 Championship title and banned her from skating.

In this case, the overly ambitious were caught and punished, and their intended victim recovered relatively unscathed, but that doesn’t always happen in the real world. Indeed, when we stop and think about it, much of the evil in the world is perpetrated by those who have crossed the line to the dark side of ambition.

When ambition is no longer balanced by ethics and compassion for others, it becomes ugly… and unseemly. But fortunately, in both the real world and in fiction, there are those who are willing to stand up to the overly ambitious, such as K.B. Owen’s intrepid Concordia Wells.

Your thoughts on the two-edged sword of ambition? Have you ever felt its bite? Talk to us in the comments, but first here’s K.B. to tell you more about her new book, and a contest. Woot!! (Psst, it’s okay to have the ambition to be one of the twelve winners. Make sure you enter multiple times. That’s allowed.)

Hi, K.B. here. So excited to tell you about Concordia’s latest adventure… 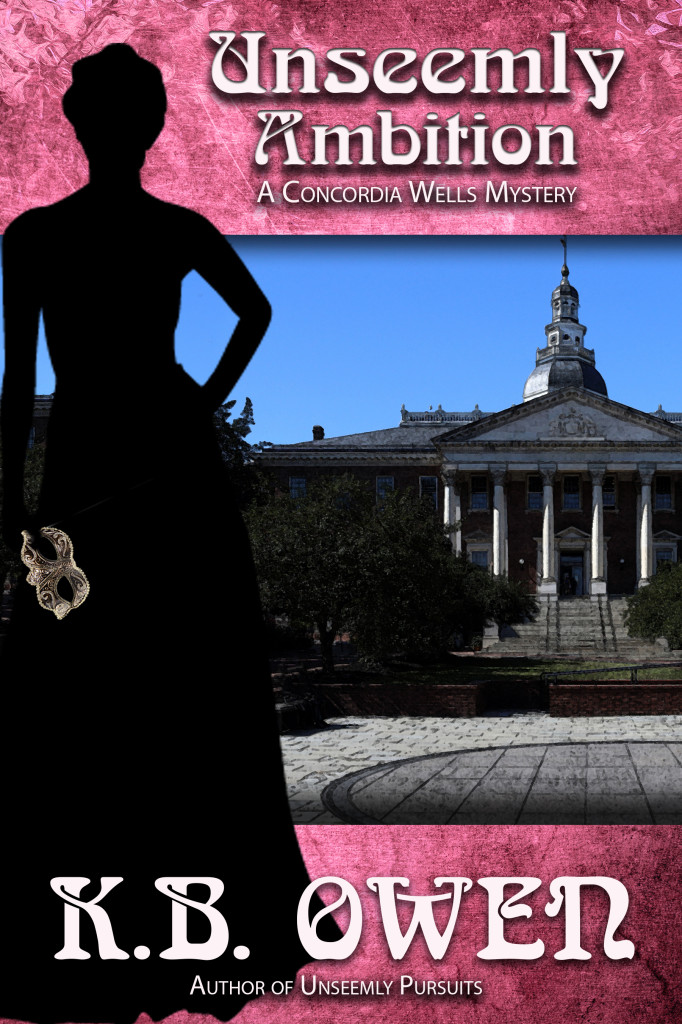 It is 1898, and Professor Concordia Wells turns to an old ally when her good friend, the eleven-year-old Eli, disappears after his mother’s murder. Complicating Concordia’s desperate search for answers is the ever-watchful college dean, who has recently learned of her past “lady sleuth” doings. It also doesn’t help that Concordia’s own school colleagues are not above suspicion.

Despite the dean’s close scrutiny, the lady professor presses on with her unseemly inquiries. Far more people are in jeopardy than the loved ones she seeks to protect, and now there is no turning back.

And in paperback as well!

Ready for a little “Unseemly” giveaway?

We’re ready to celebrate the recent release of the new Concordia Wells mystery, Unseemly Ambition, and we want you to party with us!

Prizes: ebooks from the series, a signed paperback, promo goodies (Post-It pads, candy tins), and even the opportunity for folks to collaborate with K.B. to name a character or pick a distinctive trait for a character in book #4, Unseemly Haste! She’ll be randomly drawing twelve winners overall. If any of the winners live outside the United States or Canada, she’ll substitute a gift card to Amazon because of the prohibitive postage for certain items.

How to get your name in the drawings (choose from any or all of these):

1. subscribe to K.B.’s newsletter (those who have already subscribed will have their names automatically entered);

2. write a review on Amazon or BN for any of the Concordia books (your name will be entered TWICE for each review, and if you’ve already left a review in the past, drop her a line to confirm that you want her to enter your name in the giveaway, either in the comments or email: contact@kbowenmysteries.com);

3. send her a pic of yourself (to the address above) with any of the Concordia books (on your e-reader or in print)…or, if you feel camera-shy, send her a pic of one of the books “in the wild.” She’d love to see where Concordia has traveled to! She’ll post them on her Unseemly Readers page;

4. leave a comment on today’s blog post, and any she writes at kbowenmysteries.com. There will also be the opportunity to comment on upcoming guest posts K.B. writes (to be announced).

Remember, your name can be entered more than once, so participating in multiple ways will increase your chances of winning!

K.B. Owen is a former English professor with a PhD in 19th century British literature. She is currently raising three boys and working on Book 4 in the Concordia Wells series of historical cozy mysteries.

10 thoughts on “The Two-Sided Sword of Ambition”