Since summer is the season of re-runs, and since I’m theoretically on vacation this month, I thought I’d re-run this three-part series on gender differences in relating.

Have you ever wondered why a guy or a gal said or did something that seemed counterproductive in your mind? Well, I’m going to try to explain the logic behind the opposite sex’s thinking (or sometimes reacting without conscious thought), starting today with one of the primary differences between men and women. (Please keep in mind that these are generalizations; there will be lots of exceptions to the rule.)

Men are concerned about where they are in the pecking order. Women tend to emphasize that we’re all in this together.

So in a mixed group at a social gathering, someone mentions a problem he or she is having, and what happens? The men jump in with possible solutions (this is also related to another difference we’ll talk about next time). But the women say, “Oh, I know just what you mean. I had a similar problem when…”

Now, notice I didn’t say that men need to be at the top of the pecking order. Most men don’t necessarily need that; they just want to know where they stand. Which is good because not everybody can be king of the hill.

Men get frustrated with women who want to turn everything into a team effort. My husband once had a female boss who drove all the men in her department crazy. She had a “team” meeting every week that was (my husband’s words) “us listening to Jodie’s stream of consciousness while she figures out what she wants us to do this week.” I’m sure Jodie perceived it as seeking her subordinates’ input. Indeed, she might have been uncomfortable with the word subordinate.

My husband’s other comment was “She’s the boss; why doesn’t she just tell me what she wants me to do instead of wasting my time in these silly meetings.” He didn’t mind having a female boss; he just wanted her to act like a boss, i.e., be the leader, the top dog.

This major difference between the genders was researched by the well-known sociolinguist, Deborah Tannen. She found this pattern in various cultures around the world. Her theory about its origins was based on the concept of survival of the fittest. In more primitive times, a man who understood and respected hierarchies was a better hunter and warrior (i.e., better provider and protector for his family), and therefore his children were more likely to make it to adulthood to pass on his hierarchal genes.

When you’re chasing a herd of elk or defending the village against an invading enemy you don’t have time to stop and have a committee meeting to discuss how to handle the situation. You have a hunting chief or a war chief who says “You go here, you go there!” And everybody follows orders because the hierarchy has already been established.

On the other hand, the tasks the women did to contribute to the survival of their families and tribes were better accomplished through cooperation. They minded the children, tanned the hides, dried the food for winter consumption, gathered roots and berries. So those women who were better at being part of the team were more likely to see their children make it to adulthood to pass on their cooperative/egalitarian genes to yet another generation.

This ties in with the whole issue of competitiveness. There’s a lot of research out there that indicates men are more competitive than women, in general, and that this is probably at least partly innate. They are much more likely to feel the need to be “one up” on the next guy. 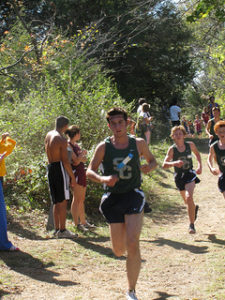 Yeah, yeah, I know, there are plenty of women out there who are super competitive. There are at least two other factors that play into competitiveness that have nothing to do with gender.

One is genetics. The personality continuum of agreeableness vs. ruthlessness has a heritability factor of 42%. What does that mean, you ask. It means that 42% of our tendency to be agreeable and cooperative vs. aggressive and ruthless is inherited, male or female.

The other factor is our perception of the availability of resources. If we think that resources are limited, then we need to compete for them. So the girl who grows up not getting much attention from her dad perceives male attention as a limited resource that she has to compete with other women to obtain.

This whole hierarchal thinking tendency is, by the way, why guys are reluctant to ask for directions if they get lost (this is less of an issue now, since the advent of GPS devices). Admitting that you are lost and need help is a one-down position. Women don’t understand this, because they have no problem with asking for directions. 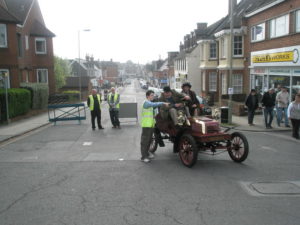 “I think you should go that way” (image by Basher Eyre, Wikimedia Commons)

I was explaining this to one of my developmental psychology classes a few years ago and one of my male students piped up, “Yeah, and if you do ask for directions, ask a woman, not a guy. Cause if a guy doesn’t know, he’ll make something up and get you even more lost.”

I gave that student an A for class participation. What an astute observation!

Now, ladies, before you start shaking your heads and exclaiming about how dumb guys are, let’s look again at more primitive times. The guy’s lost in the jungle. He encounters a male stranger. If he admits to that stranger that he’s lost, this may be perceived as a sign of vulnerability and the guy may attack him to steal his possessions. So he blusters his way through until the other guy shows that he’s friendly by inviting him to come enjoy the local village’s hospitality for the night.

Now if a woman is lost in the jungle and encounters a strange male, unless she’s armed to the teeth and has a pet tiger on a leash, she’s already physically one-down. So her best bet is to throw herself on the guy’s mercy and ask for his help.

So what do you think about all this? Have you noticed these differences in the men and women you relate to? How about exceptions to the rule?

My great grandma used to say, “There’s an exception to every rule, including this one.”

(Part II of this series is Men Do, Women Process and Part III is, Men Are More Aggressive, Woman More Emotional–Actually Not! )

We blog here at misterio press once a week (usually on Tuesdays), sometimes on serious topics and sometimes just for fun. Please follow us so you don’t miss out on any of the interesting stuff, or the fun!

6 thoughts on “Gender Differences in Relationships (an encore)”