How blithely we say those vows when we are young and healthy and starry-eyed in love!

My husband and I have been blessed with better than average health. I have my share of chronic older-woman issues but the only time I’ve ever been in the hospital was when my son was born. My husband has an incredible resistance. He’s been lying-down sick with a cold or the flu, at most, three times in the 38 years I’ve known him. And the last time he was in the hospital (before this time) was at age 5 to have his tonsils out.

We are also both fairly independent types. We are “folks who like to do for themselves” as my grandmother used to say.

All this has made it a bit tough for hubs this past two weeks, as he’s started the long journey of recovery from hip replacement surgery. He’s been a good patient so far, but it’s been tough having to rely on me to even fetch him a cup of tea or help him into the shower. 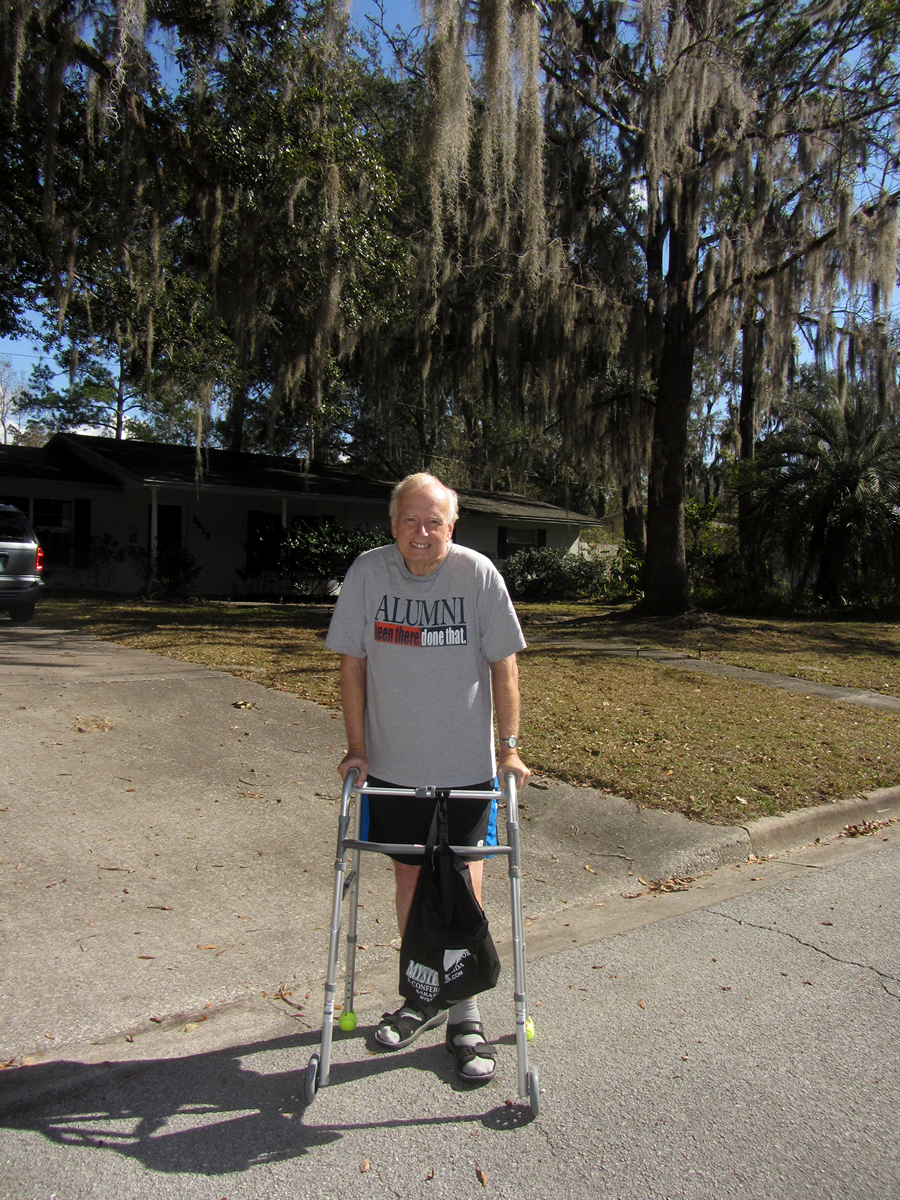 Hubs taking his first walk outside. He has to use the walker for another two weeks.

He keeps saying that I’m a saint. I’m not.

But I think he’s realizing for the first time just what that vow meant, 37 years ago.

I’ve known what it meant for 34 of those years, ever since our son’s birth. Hubs was there for me through 21 hours of labor, toward the end rubbing my back to ease the pain until his hands were literally raw. He never complained, never hesitated to do whatever I needed.

Somewhere during that time–through the haze of pain, fatigue and eventually the drugs I allowed them to give me once the little bugger decided to get serious about making an appearance–I realized on a much deeper level that this man was meant for me. That he was the finest, most reliable man on earth!

Now the roles are reversed. He has to rely on me to take care of him, and he thinks I’m a saint for doing it.

14 thoughts on “In Sickness and In Health”