A friend recently wrote a post about Gertrude Atherton, a strong and unconventional female author who scandalized 19th century society. I love such stories of women who defied the constraints of their era to live life to its fullest. But the article got me to thinking about all the strong but conventional women of the past who perhaps don’t get the accolades they deserve.

One such woman was Mary Amelia, who was born in 1898–around the time Ms. Atherton was publishing her most scandalous books.

Mary Amelia was the epitome of a strong woman. Not necessarily in the way we might define a strong woman today. Not kick-ass, go-to-the-gym-several-times-a-week strong. But she was emotionally strong. And she was my grandmother. 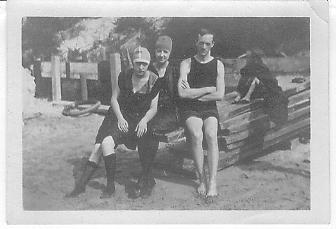 My grandmother (in the middle) in the conventional swimming garb of her era. Sexy huh?

She was the eldest child of a well-to-do Maryland family. Her father spoiled his beautiful wife. She loved babies, especially since she didn’t have to take care of them. (My guess is she loved the process of making babies as well, but folks didn’t talk about that back then!) So she kept popping them out, and when they were no longer little and cute, she turned them over to the servants to raise.

Then my great grandfather made a crucial mistake. He believed some guy who swore that the land in Florida he had for sale was prime real estate. Great-granddaddy sold his business, packed up his family and moved to Florida, only to discover that he had bought an alligator-infested swamp. (Yes, I am the progeny of someone who actually bought swampland in Florida! Not one of our family’s prouder moments.)

Great-granddaddy slunk back to Maryland and took a job as a laborer. With no money now for servants, my grandmother was pulled out of school at age 13 to take care of her younger siblings. Because heaven forbid her spoiled mother should have to change a nappie. My grandmother rose to the task (and until the day she died she was the matriarch of the family, even while her mother was still alive).

At 24, she was in danger of being an old maid when young “Buck” Roland (no pun intended; that really was my grandfather’s nickname) swept her off her feet. A few years later, she had her own baby, my mother. Unfortunately her new hubby was what they called back then a ne’er-do-well. He couldn’t seem to hold a job or keep a business going.  He was long on promises and short on follow-through.

Now up to this point, my grandmother had played by the rules. She was a conventional woman who tried to avoid those things that “just weren’t done.” But out of necessity she did something that middle-class, married women of her era just didn’t do. She got a job.

With only an eighth-grade education, she became a clerk in the payroll department of a Baltimore chemical company. This was back when credentials were less important than pure smarts and a willingness to work hard. She had so much of both of the latter that she advanced through the years, despite sexism, to the position of payroll supervisor.

In the meantime, her husband was making less and less effort to make a living, and by the time my mother was eleven, he’d given up completely. Women, no matter how good they were at their jobs, didn’t make much money back then. My grandmother realized she couldn’t support three people on her salary.

So she did something that “just wasn’t done.” She looked at my grandfather one day and said, “You’re just another mouth to feed. You need to leave.” And he did.

She never divorced him, however, because that just wasn’t done. And she never took off her wedding ring, even decades after he had died. She went by her married name and considered herself a widow. 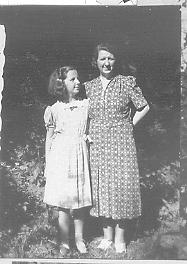 She raised my mother, as a single parent, in an era that was not at all kind to single moms. And not only did she make sure my mother finished high school, but she pushed her to go to college. Also, somewhere along the way, my grandmother bought her own house. Even though most of her sisters, who were married, were still renting theirs. And in 1959, at the age of 61, she learned to drive, and bought her first and only car. 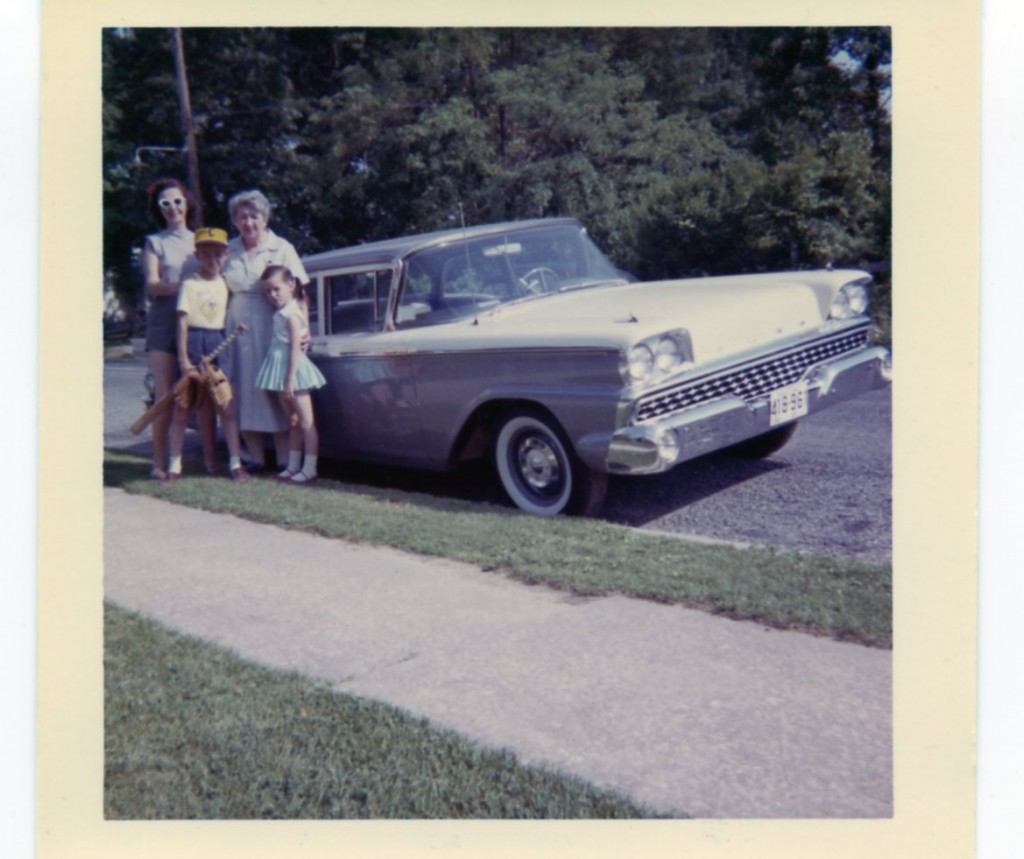 My grandmother, the proud owner of a spankin’ new 1959 Ford Fairlane. (Yeah, that’s me in the dorky little skirt.)

She used to scare the crap out of my parents. She would get on the Baltimore Beltway, pull all the way over into the fast lane, and then do forty miles an hour. She thought the two lines in the center of the road were for bicycles, and they changed from solid to dotted occasionally just for variety, so that drivers wouldn’t fall asleep staring at them (seriously; I am not making this up!) When my father explained that the dotted line meant that drivers could now safely pass, she just stared at him. She never passed anybody, but plenty of drivers passed her.

We joked about her strange driving habits, but we were actually quite impressed that she had tackled such a foreign activity in her sixties (which would be comparable to one’s eighties today). She lived on her own until the day she died, almost a decade later.

It wasn’t until a few years after that, when I was fully grown, that I realized just how strong my grandmother had been, in her own conventional way.

I’m far from perfect, but I do think that I’ve done her proud in the ‘strong woman’ category. Thanks, Grandma, for being such a great role model!

Have you known any strong and remarkable conventional women? Who has been your most inspiring role model?