This installment in my stress management series is long overdue, I know. Things kept getting in the way–good things, like Valentine’s Day and August McLaughlin’s awesome Beauty of a Woman Blogfest (that I just had to participate in).

So speaking of good things, that’s what I want to talk about today.

As I mentioned in previous posts, we all have a stress threshold, the point at which we have maxed out our coping ability. If we want to avoid stress overload, we have to keep our stress level below our threshold. To do this we need to better understand the three factors involved in how stressed we feel at any given time. These three factors are the stressors in our lives, our body’s response to them, and our cognitive/emotional interpretation of them.

We’ve already talked some about our body’s response to stressors (and I have some new stuff to share on that next time). Today I want to clarify a couple things about stressors.

Can I see a show of hands, ladies? How many of you were in a bit of a daze on your wedding day? I know I was. And it wasn’t a blissful, I’m-so-happy daze either. It wasn’t even an I’m-so-worried-about-what-can-go-wrong daze. It was more an I’m-so-overwhelmed-because-it-took-so-much-to-get-here daze. 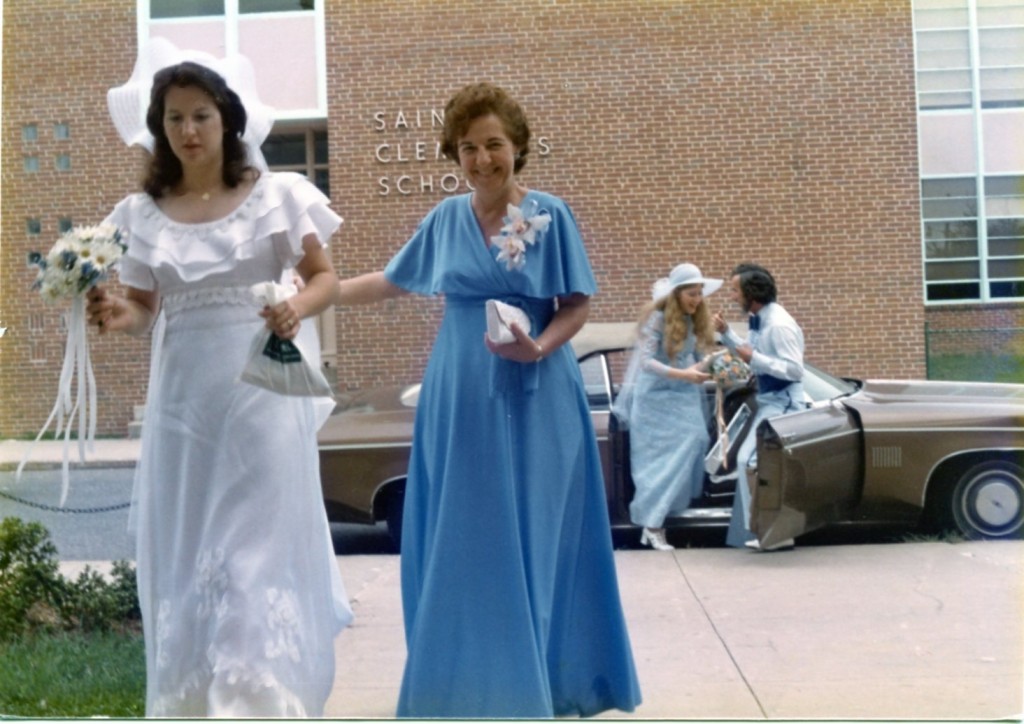 Heading into the church just before my wedding. Note the spaced-out look on my face, as compared to my mother’s smiling visage! She’s also hanging onto my arm; I think I was staggering a bit.

I actually remember very little of the ceremony itself, mainly the bloopers: my father tripping over my train, the fly that kept buzzing around our heads, and my husband forgetting the vows we had written together and supposedly memorized. And no, I’m not remembering those things because I was upset about them. I actually found them to be moments of comic relief that brought me out of my daze a bit.

I have a fairly clear memory of the reception, however, because that’s when the stress level finally got down below my threshold!

So yes, happy events still add to our stress level, because they use our resources: time, energy and emotional coping ability.

And here’s another thing about stressors that most people don’t realize.

You don’t have to have some major stressor going on in your life in order to end up too close to or even past your threshold. If we’ve got too much little stuff going on, it can push us over the edge. And we Americans tend to carry around way too big a stack of little stuff, sometimes without even realizing we’re doing it. 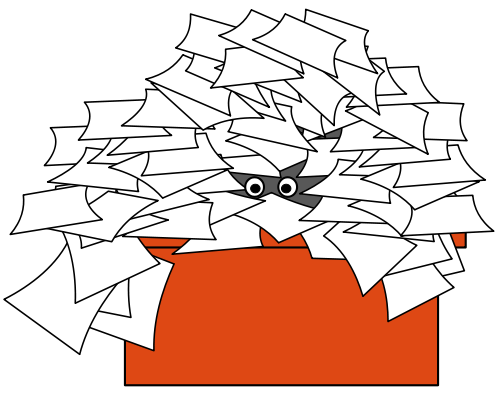 I used to teach a community education class on stress management (translation: cheap non-credit class for the general public for which I received very little compensation). The first class, I’d give my students a homework assignment. They were to list everything they normally do on an average weekday, including minor tasks like loading the dishwasher or making the bed. Then they were supposed to divide that list into two columns, labeled “hafta’s” and “wanna’s.”

When they came back to the next class, I would ask them how many things were on their hafta list vs. their wanna list. Often there were more hafta’s than wanna’s; sometimes they were about even.

I would then point out that if they had more than three things on their hafta list, it was too long. They’d all look at me like I’d lost my mind – until I started going down some poor volunteer’s list asking, “Do you have to make the bed? …go to work? …pack your children’s lunches?” (Yes, I’d even challenge the premise that they had to feed their kids!)

Usually the answer would boil down to some version of  because they were responsible adults.

“Do you have to be a responsible adult? What happens if you’re not a responsible adult?” They’d list a bunch of dire consequences, such as losing their house if they didn’t earn a living, or people looking down on them if their kids went to school in dirty clothes.

“So you choose to do this other thing (pointing to the item on their hafta list) to avoid those consequences?”

“So it’s a wanna. You want to do this to avoid that, because you don’t like that.”

I highly recommend this little exercise, by the way. Make your two lists without thinking about it too much. Then go down the hafta list and ask yourself what the consequences would be if you didn’t do that thing, or if you did it differently, in a less stressful way.

There are three objectives here. One, you take back your sense of power over your life. You are doing these things out of choice, not because you have to do them. Feeling in control of the stressors in your life has been scientifically proven to reduce the amount of stress experienced.

Secondly, you may identify some things you do that you really don’t hafta do, nor do you wanna do them. (Making my own spaghetti sauce from scratch got dumped the first time I did this exercise; why should I go through all that when Ragu’s sauce actually tastes better than mine!)

Last but not least, you hopefully learn to be more flexible about what you have to do on any given day. You learn to ask yourself if that thing is really necessary at all, or can you do it an easier, less stressful way, especially if you are having a particular busy day.

My son was a picky eater as a kid (what kid isn’t?) There was very little the school cafeteria had to offer that he would eat (except the pizza that was always an alternative to the hot lunch of the day). Now pizza isn’t as horrible nutrition-wise as most people think, but I didn’t want him eating it every single day. So I packed his lunch.

That is, I packed his lunch most mornings. Some days, life would be particularly crazy, so I’d give him a dollar (dating myself here; yes, school lunches cost a buck 25 years ago) and tell him to buy pizza. For the longest time, I felt guilty doing this. What’s the matter with me that I can’t take five minutes to wash a piece of fruit, put a chicken drumstick in a baggie, and throw that stuff in his lunch box?”

One day, as I opened my wallet to extract the dollar bill, I had an epiphany. First of all, it wasn’t just about the five minutes. It was about the long list of things I needed to do that day that was churning through my head. I just needed to get a few things off that dang list, and this was an easy one to dump. Secondly, I wasn’t really helping my stress level any if I gave him a buck to avoid packing his lunch, but then spent emotional energy beating up on myself over it! (See my post on managing guilt).

Packing his lunch was a “wanna” because I didn’t want my kid eating pizza every day, but some days, I chose the alternative.

Through the years, I’ve gotten into the habit of asking myself if a task is a hafta or a wanna, and then I ask do I truly still wanna be doing it. This habit has served me well. It’s kept me from tipping over into stress overload on more than a few occasions.

How about you? What’s on your hafta list that’s probably really a wanna? And do you still wanna be doing it? 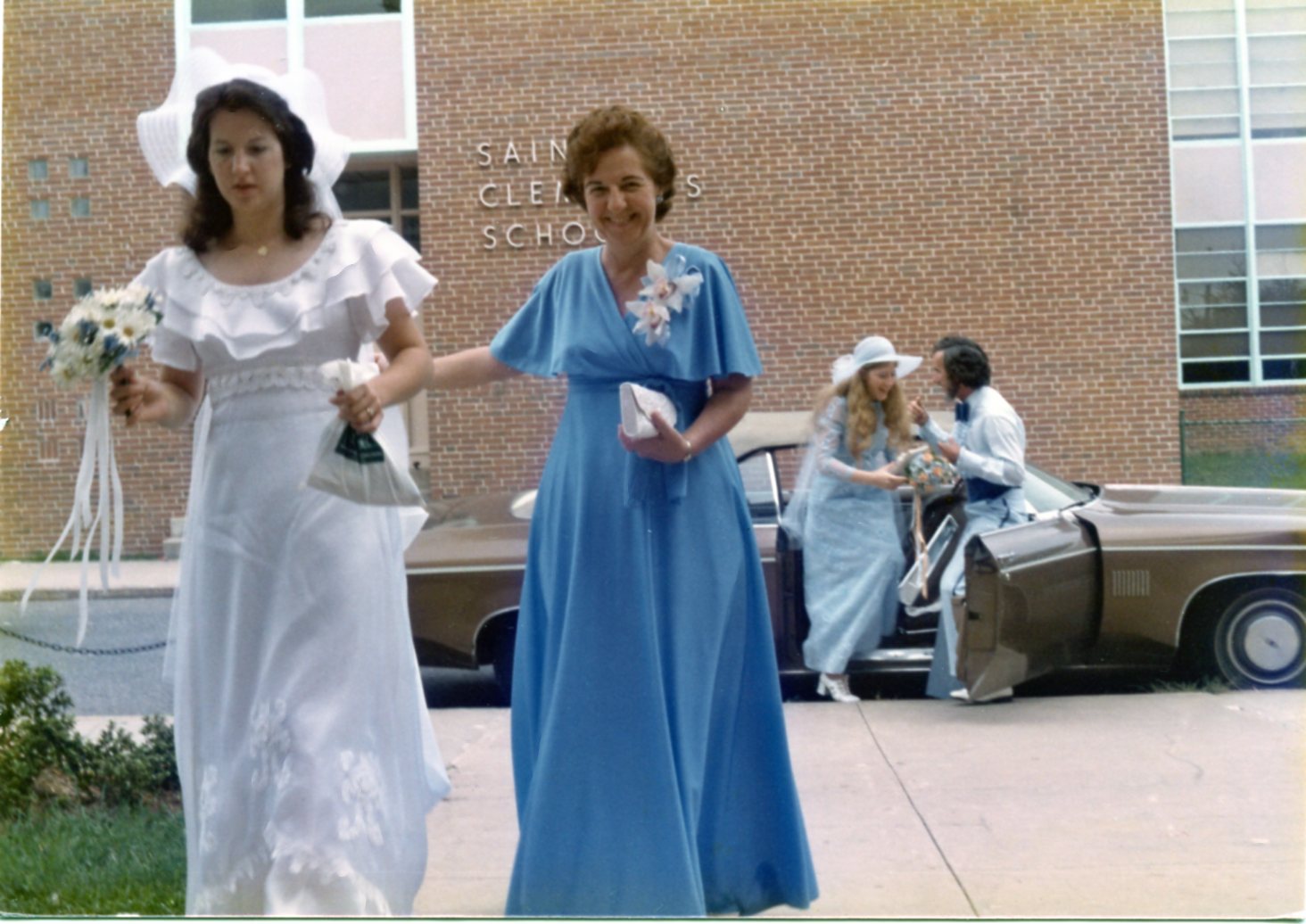 6 Tips for Coping When Change Is In the Air

10 Ways to Make Your Imperfect Holiday a Happy One