This is the first in a series asking readers what they do and don’t like in fiction. Please, readers, let us know what you think! We authors want to give you what you want.

I’m going to go out on a limb here, or maybe I should say a ledge, and assume that at least some readers are like me and don’t like cliffhangers. 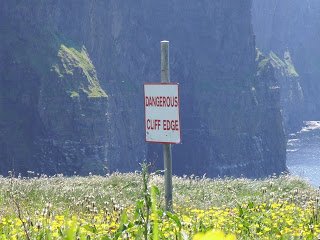 My husband and I were watching Criminal Minds, Season 2, on DVD the other night. At the end of the last episode, all the main characters get into their various look-alike black FBI-issued SUV’s, and then the scene flashes to a black SUV blowing up! Grrr! We’ve learned the hard way to already have the next season’s DVD in hand before watching the last episode on the disc, so within minutes we knew whose vehicle it was. Our annoyance was short-lived, this time.

I find full-blown cliffhangers even more annoying in novels. Awhile back, I read a debut novel in a mystery series by an indie author. The story had come to a satisfying end, and then, as the loose ends were being tied up, the protagonist’s boyfriend suddenly disappears. I turn the page, and there is a note from the author telling me I should run, not walk, to my computer and order the next book in the series.

I don’t think so! Instead, I vowed never to buy another book by that author. I was offended by this blatant manipulation.

Now I don’t mind if an author leaves something dangling a little bit, such as a budding romance or hints of some other new development in the protagonist’s life. But please don’t hang me off the cliff! I get vertigo. 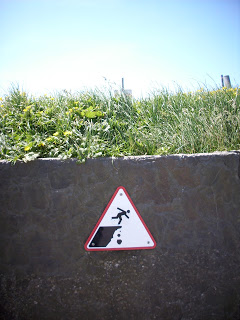 Then again, I know that semi-cliffhangers, have become a bit of a trend in some series and trilogies. I just finished reading a friend’s debut novel and she did this. The initial story, in which the young protagonist is running for her life from her abusive father with the help of her boyfriend and a stranger from another world, is resolved. But there are lots and lots of loose ends dangling when you turn the page and discover the book is done. What saved the day for me, the abhorrer of cliffhangers, was an excerpt from the beginning of Book 2 in the trilogy. It gave enough hints of where the tale was going next to turn the sour taste in my mouth to a whetted appetite. Well done, Myndi Shafer! (I highly recommend her book, Shrilugh)

And then there are soap operas–those time-honored, slow-moving series on daytime TV, and sometimes during evening prime time. I will confess that even I watched Dallas, in its first rendition. And I had an aunt who would do you bodily harm if you got in her way when she was trying to get home in time to watch her “afternoon stories.”

How about it, readers, do you like wandering along paths close to the edge of the cliff? Or do you get vertigo like me?

Just how tolerant are you of loose ends at the end of a book? Do you have any other pet peeves about how some novels are written?

We blog here at misterio press once a week about more serious topics, usually on Mondays or Tuesdays. Sometimes we blog again, on Fridays or the weekend, with something just for fun.

16 thoughts on “Readers: How Do You Feel About Cliffhangers?”